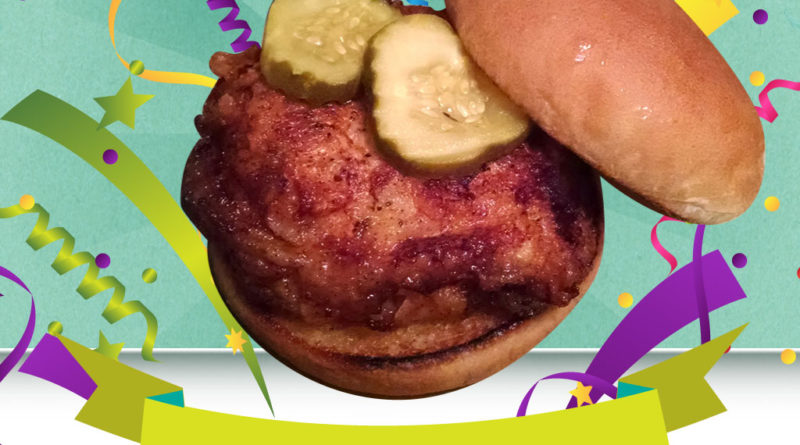 I won’t keep you in suspense. I know what you’re here to find out. 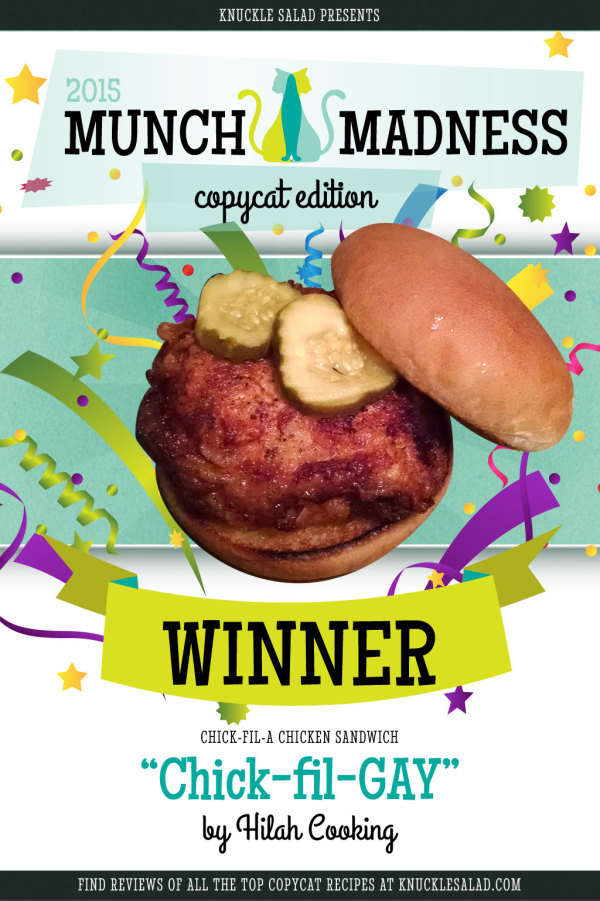 Hilah Cooking‘s “Chick-fil-Gay” sandwich has run away with Munch Madness 2015! Of all the ultra-popular copycat recipes we tested, reviewed and voted on, the readers have decided that this was the one that felt right. This was the one you could see yourselves making, and making again. This is the ultimate copycat recipe!

Applying ESPN’s scoring (10, 20, 40, 80 for correct guesses in our four rounds), there is a clear bracket winner. With 210 points, we have reader Melissa Strong! Congratulations, Melissa! We’ll be in touch soon with prize information!

While scoring your own brackets, you may find it interesting to know that at least one person who filled out a complete bracket managed to score only ten points. Ten! This whole tournament was an upset for anybody with a ten-point bracket.

Before signing off and bringing this year’s Munch Madness event to a close, I’d like to sincerely thank everyone who voted, everyone who read our reviews, everyone who published a copycat recipe that wound up on the bracket, and of course our amazing judges. Without all of you, Munch Madness would just be me sitting on the floor of our kitchen, faking crowd noise and complaining about recipes where the salt in the ingredients list never appears in the instructions. So thank you, and I’ll see you next year for a new game of Munch Madness.

Once again before we go, let’s hear it for the Munch Madness 2015 judges! They put a lot into their reviews and not only were their efforts entertaining, but they made it possible to discover with scientific accuracy which copycat recipe is best. If you see any of these people around, give them a high five or a smooch or a dollar (as appropriate) and tell them they’re the best, because they are.