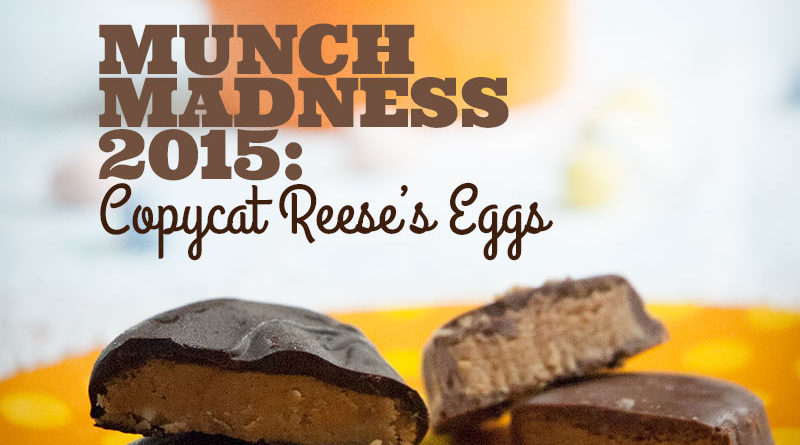 Please welcome John, who has valiantly volunteered as a pinch hitter at the last minute to make sure that our bracket would not be one contender short. He has been up all night making and reviewing Pinterest’s most popular Reese’s Peanut Butter Eggs copycat recipe from Cakescottage, and shares with us his experience and analysis of the finished product. 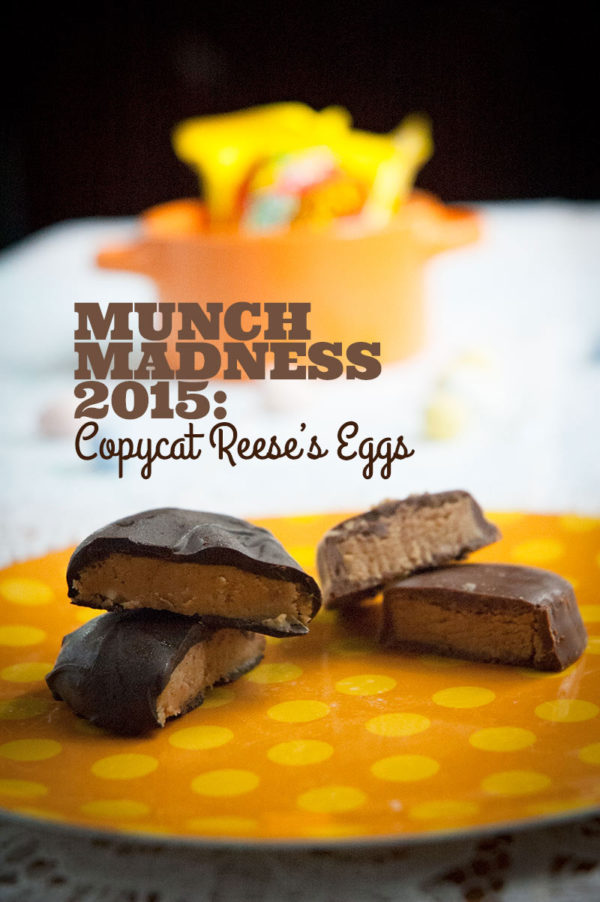 At first glance, this recipe doesn’t deserve to be this good. But don’t be discouraged by the 14-step process. It’s written to look a lot more complicated than it is. In fact, the last three steps are basically just instructions to (1) not eat the eggs while they’re hot, (2) keep them cold until you eat them, and (3) eat them cold. Considering that they’re delicious at any temperature, including warm with melted chocolate still dripping all over you, all three of these steps are extraneous.

Here’s how I would write this same recipe:

This recipe is dead on balls accurate.

Even before adding (vastly superior) chocolate, the consistency and flavor of the bare peanut butter eggs are shockingly authentic. The freshness of the ingredients adds significantly more aroma to the experience, but there’s a distinct mouthfeel to Reese’s peanut butter filling that’s perfectly captured by this recipe.

Then again, a lump of peanut butter covered in chocolate has never really looked very distinctive. I don’t think I could pick out a Reese’s Peanut Butter Egg or Pumpkin or Christmas Tree out of a lineup. Maybe they’re all eggs deep down.

To be fair, making something (anything) is never more convenient than going out and just paying someone to stuff the thing you want into your fat gob—even if society does force you to put on pants. However, I suspect that this recipe absolutely wrecks any other candy recreation effort on ease of execution.

For the eggs, you mix three ingredients. Throw a wad of the resulting dough onto the silpat and boom, you’ve got an egg. Done. Skip any sort of stand mixer and you’ll probably end up cleaning a pot, a measuring cup and a spatula to get this far.

Covering the peanut butter eggs in chocolate took double effort because I don’t know anything about chocolate and microwaves. DO NOT get that chocolate too hot or it becomes frosting. Which is absolutely fantastic if you want frosting. But if you want to coat something in runny-ish chocolate that will set when it cools, you’re gonna need some experience, method, and/or tools. Double boiler? Don’t know, don’t care. Otherwise, this recipe came together in under two hours, including an hour’s total freezer-time for both the bare peanut butter and finished, fully-chocolate-covered eggs.

By comparison, it certainly took me less than half an hour to go out and buy four individually-wrapped Reese’s eggs, despite the rudderless, Kafkaesque horror show that is Kroger’s mandatory late night self-checkout. So ostensibly, store-bought could win the convenience round. However, I’d like to point out that it’s March. Reese’s Cups are perennial, but unless you’re coming up on Easter, Halloween or Christmas, I’d think it would be pretty difficult to find this candy in holiday form. So although finding available Reese’s Eggs is pretty easy now, it’ll definitely be more difficult come August when you’re months from any kind of candy holiday. That’s where the copycat version wins real points for convenience.

The original eggs were $.85 a piece. I bought six of them…because this gut doesn’t just happen on its own. It takes real effort, you guys. So I spent about $5.45 with tax. Or at least I would have, if they weren’t Buy One/Get One. So I spent $2.73.

It’s difficult to say what was spent on the copycat eggs because we already had all the ingredients (see: Convenience).

But this recipe made about a dozen eggs. That’s TWICE as many as the regular-price Reese’s Peanut Butter Eggs you can get for the same $5.00—about on par with the BOGO price. So this recipe costs either exactly as much as the original eggs, or half the cost of the original eggs. Candy goes on sale all the time, and if Costco was involved on either side of this comparison, for instance, the percentages would vary wildly. Of course, this being candy, the numbers we’re talking about are so inexpensive that cost shouldn’t really be a deciding factor in evaluating the success of this recipe.

As I mentioned, the peanut butter base for this recipe couldnt be more dead on. No better than the original, no worse. But once you add the chocolate, this is where Hershey’s and Reese’s get PUNKED. Hershey’s chocolate is widely regarded as tasting like vomit. Literally. And for good reason: Hershey’s puts the milk through a lipolyzing process, which produces the same acid (butyric) that gives human vomit its characteristic sour smell. So using any other chocolate, and not throwing up in it, is an automatic improvement. Our combination of dark chocolate, semi-sweet chocolate and butter is more than an improvement; it turns its cap backwards and puts this recipe over the top like Sylvester Stallone.

I’m not even that into sweets. (If I were recreating Doritos, I guarantee I would have mumified my internal organs in nacho cheese dust by now.) But these are so good I’m reconsidering my stance on Type II Much Easter Candy Diabetes. Fucking 6 stars out of 5.

Like many of these Munch Madness copycat recipes, there is absolutely nothing healthy about anything going on here. The only thing stopping me from going Super Saiyan Fat Kid on every last one of these eggs is the overwhelming sweetness of even half an egg. It’s entirely comprised of peanut butter, butter butter, and straight up sugar, for resurrected Christ’s sake.

That being said, we did use fancy, “pain in the ass to stir all the time” peanut butter and real chocolate. Without all of Hershey’s and Reese’s preservatives or the palm oil from whatever army-grade M.R.E. peanut butter they use, I would say the copycat eggs could go bad if you left them out, whereas the original Reese’s eggs will probably be offered as a gift by the cockroaches to alien visitors in the future. I guess that means they’re healthier.

If you’re not running to the kitchen to make these right now, you’re probably stupid. Or skinny. Or stupid and skinny.