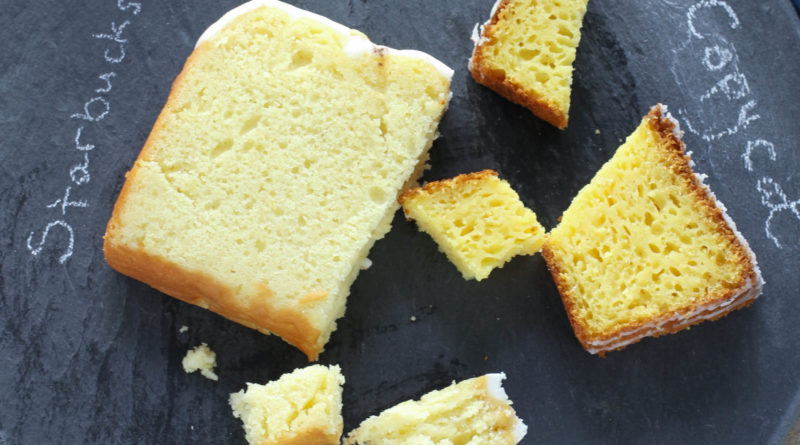 Kate Donahue of Food Babbles joins us for her third annual Munch Madness! Here, she has taken the most popular Starbucks pound cake copycat recipe on Pinterest and put it through its paces. 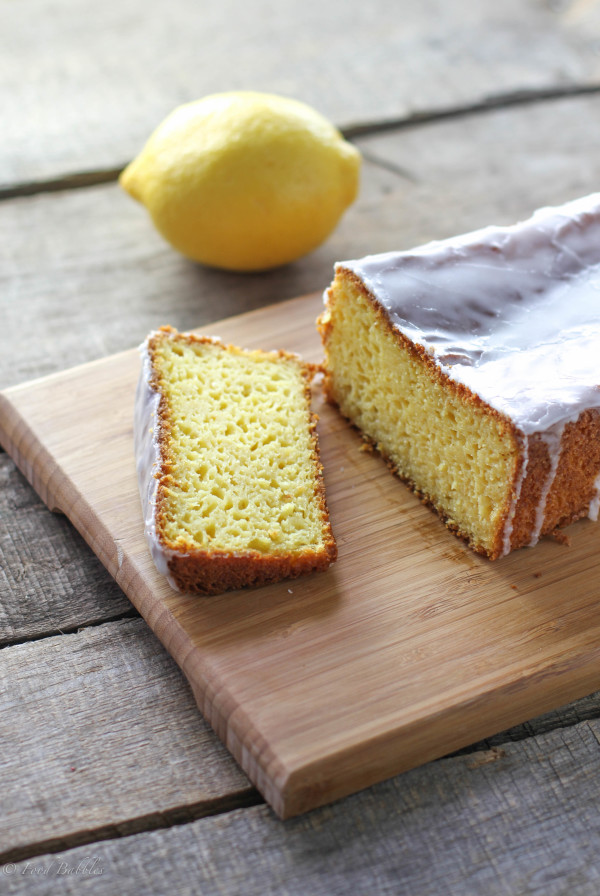 Welcome to Munch Madness 2015! Each year at this time, I always look forward to seeing what kind of madness Kristina will come up with to tantalize our taste buds and keep us on the edge of our seats with each passing Munch Madness week. Super snackage and totally TUBER-lar potato creations led the first two years in the head-to-head competition. In year three, some very strange food combinations took the internet by storm forcing the judges to step outside their culinary comfort zones to try some new flavor combinations.

No matter what the topic, Munch Madness never disappoints. For Munch Madness 2015 we’re calling out the copycats. Kristina tracked down some of the most well-known big chain dishes and their most popular copycat counterparts. Then she rallied up her judges to set to the task of seeing how those copycat recipes really stack up.

For my contribution to this year’s copycat competition, I decided to see how This Copycat Pin compared to the original Starbucks Iced Lemon Pound Cake. The copycat recipe is ridiculously easy to make. Simply toss a handful of ingredients into a bowl in no particular order and mix. You really can’t mess that up, right? Then into the oven it went. My house smelled wonderfully lemony and I couldn’t wait for those loaves to cool so I could dive in. Once iced and set, it was time for the comparison

One of the first things I considered was that for the cost of those handful of ingredients, I was able to make two copycat lemon pound cakes. The recipe says it makes 24 slices but if I cut them into Starbucks generously thick slices I got about 16 slices. Even so, fiscally speaking this a crazy savings. At Starbucks, that would cost about $42! Ingredients for this recipe cost a mere fraction of that. After that consideration, it was time to get down to the nifty gritty and really evaluate this copycat pound cake. 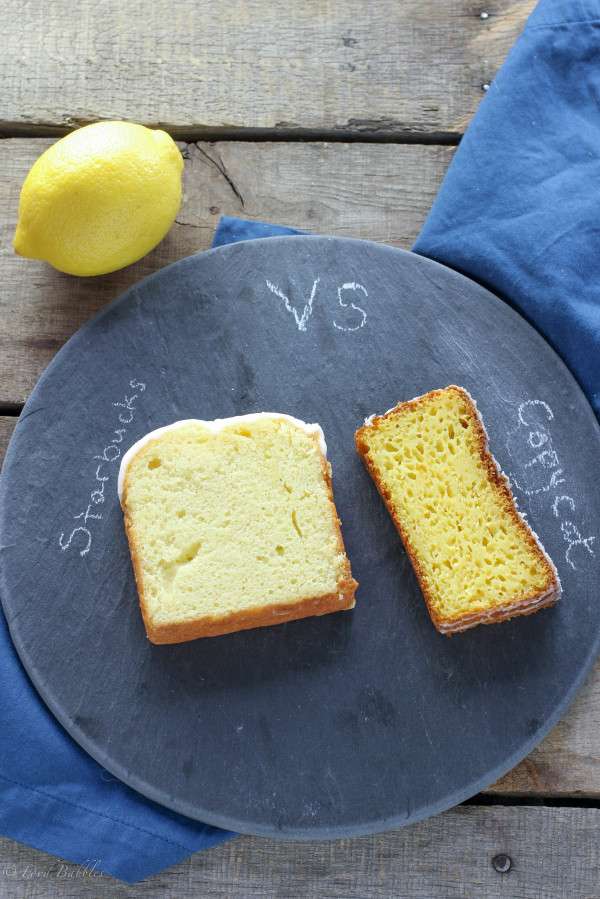 The first thing I noticed as soon as the copycat loaf of lemon pound cake was freed from its pan was that it didn’t seem as tall as the original. I quickly confirmed that I had in fact, used the correct pan size. Phew! Ok, so a shorter loaf isn’t necessarily a deal breaker so I continued on. Once sliced, you could visually see some differences between that lovely lemon loaf and the original but I couldn’t wait to take my first bite.

I took a bite of the Starbucks Iced Lemon Pound Cake first so I would have the taste and texture vividly fresh in my mind. As always it was wonderfully soft, almost pillowy with an intense lemon flavor. Then the Copycat Lemon Pound Cake was up. It was much more moist and had a lighter, layer cake texture to it. It definitely wasn’t dense like traditional pound cake. 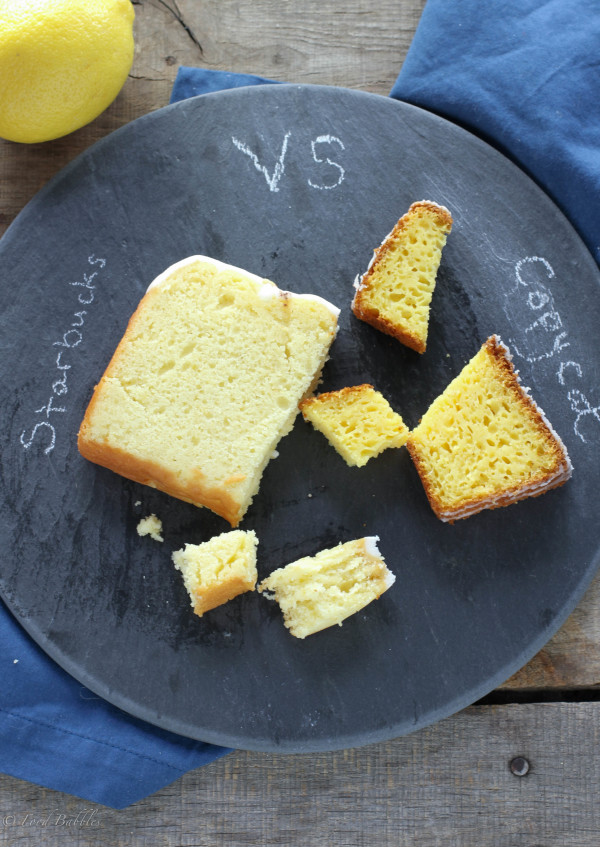 When it comes to taste, the Starbucks version is citrusy, buttery and sweet, all at once. It’s perfectly balanced and pleases every aspect of the palate. The Copycat Lemon Pound Cake had a wonderful lemon flavor to it. It was bright, brimming with citrus flavor but I also noticed a distinct yellow cake aftertaste. If it weren’t for that pesky boxed caked aftertaste, the flavor of the cake would be spot on with the Starbucks Iced Lemon Pound Cake!