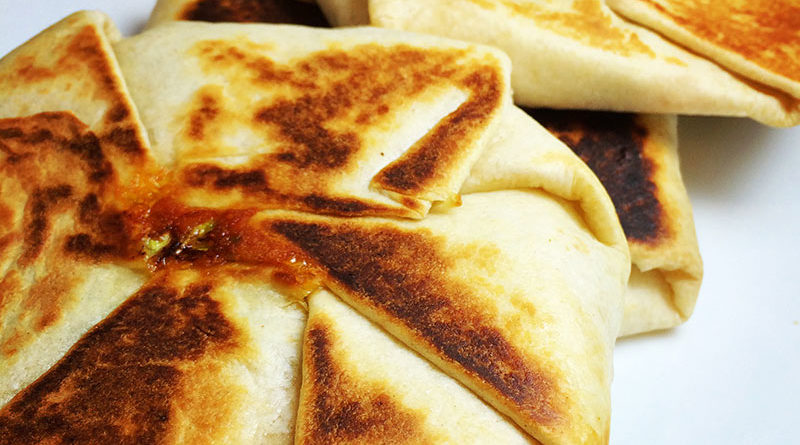 The Taco Bell Crunchwrap attracts many a copycat chef, so judge Sammy (Instagram’s @fancycookinmofo) had his choice of monumentally-repinned recipes to choose from. Here’s how he fared with the version offered by CopyKat Recipes. 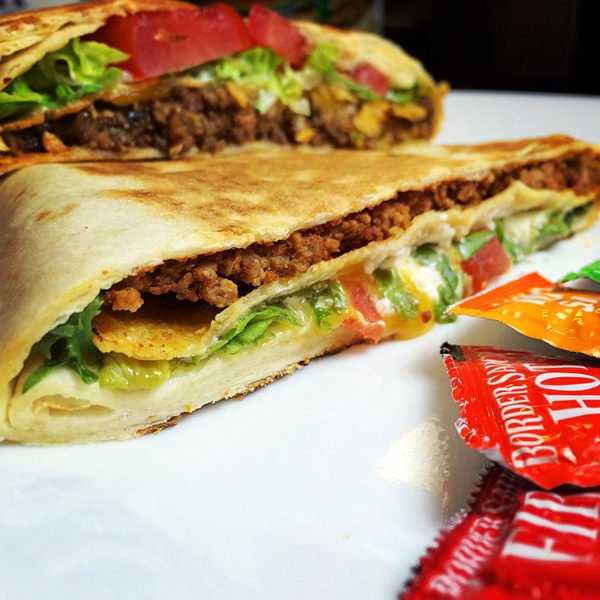 First off, I only reviewed the CopyKat.com recipe. I didn’t bother with the Bless This Food version because its first instruction was “Brown your ground beef & add the taco seasoning (according to package directions)” and that is an automatic fail since it’s not really a recipe.

The CopyKat recipe had some serious flaws, not all of which are the fault of the recipe writer. For example, it is likely true that TacoBell industrial chefs create a more consistent meat-ish product with increased shelf/fridge life by browning the meat and then rinsing it off, a step  that leaves you with only the most basic rubbery protein structures while flushing any flavor complexities (along with pipe-clogging fat) down the drain. I also scoffed at the instruction to mix all the non-meat ingredients thoroughly before mixing with the meat. In the end, I understood the purpose of this was to enable the masa to dissolve into the meat/water mixture like a fatless roux that turned it into almost a paste; something that retained its moisture but didn’t transfer it too quickly to the tostada which, of course, needs to remain crisp despite being locked in that hexagonal tortilla-wrap steam chamber. 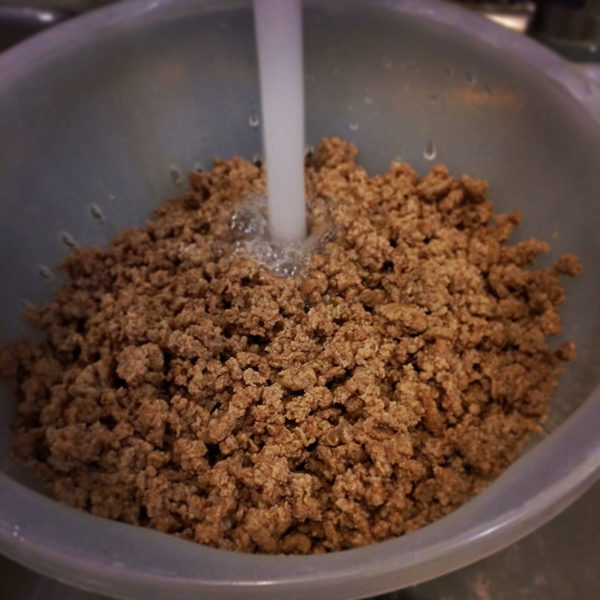 With this in mind, it was the instruction to spread sour cream directly onto the tostada that I saw as a weakness. I used regular sour cream in an effort to avoid the extra water that’s usually in fat free or low fat versions of products. But even that reduced the crispy duration to less time than it took to fold and brown the CrunchWraps. By the time each got to its recipient, the crunch was pretty much gone. I have to wonder if TacoBell found some sort of edible GoreTex-like chemical to spray on their tostadas that enables them to remain crispy for more than two minutes. Or maybe they simply don’t do a dumbass thing like paint soggy sour cream directly onto the tostada. Hmmmm. 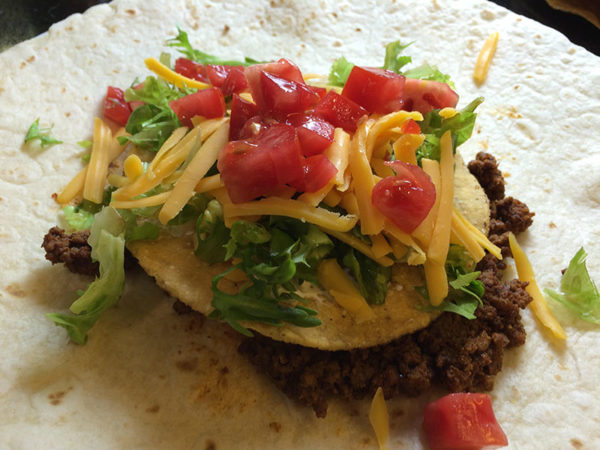 Lastly, there are no portion instructions in the recipe so I docked points for that because all my CrunchWraps were too full of goodness and therefore nothing at all like Taco Bell. Real food, non-corn ingredients are likely scarce and precious to TacoBell and heaven help the employee who puts more than a teaspoonful of diced actual tomatoes. Remember, these are the guys who put red-colored tortilla chip strips on their nachos instead of bell peppers or tomatoes. Looks good for you.. but it’s just more fried tortilla. These are the guys who put “With REAL fruit!” in 700pt typeface on their Frutista Freeze drinks with an asterisk that specifies it’s only 3% actual (but unspecified) fruit.

That this recipe calls for 1 1/3 lbs of fatty beef and only 1/2 cup of diced tomato is sort of telling that it’s trying to reconcile corporate portioning… but I’ve seen how few diced tomato segments are in a real CrunchWrap. And how the meat-ish stuff is mostly non-meat and all 2 tbsp of it is typically shoved to one side. I was making each with about 1/4 cup of meat, spread evenly, probably too much sour cream & lettuce, real aged cheddar cheese (are you kidding me?), and WAY too much tomato. An actual CrunchWrap should taste mostly like tortilla and the ones I made certainly did not. 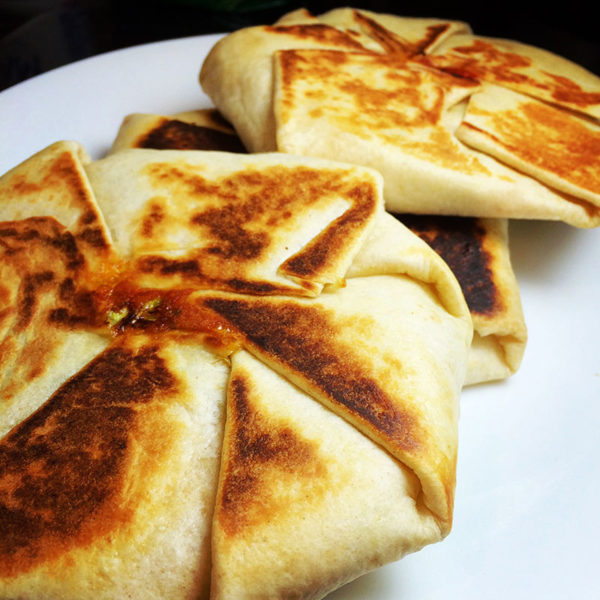 So, what I’m rating here reeeeally is whether or not the meat tastes like Taco Bell’s since the rest of the ingredients and proportions are too subjective to be controlled by the recipe. And it does.

Cost: At $3.44 each here when not on special, making CrunchWraps at home is approximately 75% lower in price and results in actual terrestrial USDA Choice cow meat being used, which is far better than the unknown-origin ground protein meat-ish stuff that you get at Taco Bell.

Convenience: This rating assumes that you can make the CrunchWrap at the very moment you crave it… even at 2:30am… while drunk. As we all know, getting what you crave while inebriated shortly after the bar closes makes whatever it is taste 1,000 times better. Something that is superior to the original but isn’t available when you need it most and lack the judgment to know better… well, frankly, that’s how ugly babies are made. ‘Nuff said.

Fresh/Healthiness: Even after minimally browning (no Maillard Reaction), using tap water to rinse the fat (and nearly all the natural meat flavor) out of the primary ingredient, and re-fortifying with factory-made beef bouillon, per the recipe, real supermarket 100% USDA Choice beef beats Taco Bell’s mystery meat any day, any time. I did dock one point for silliness of the recipe calling for all of its salt in the form of either Garlic Salt or Seasoning Salt rather than using correct proportions of garlic powder and other seasoning and then including just one “salt” ingredient. Good recipe ingredient lists should be irreducible.