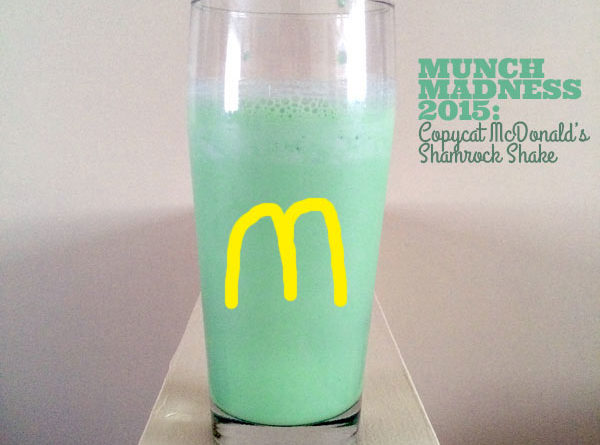 Judge Chris Durso of Foodiggity returns to take on the Copycat Shamrock Shake, as shared on Pinterest by Cupcakes and Cashmere.

When choosing the Pinterest copycat recipe of the McDonald’s Shamrock Shake, I had a few concerns. Firstly…will trying a homemade and seemingly healthier version of a Shamrock Shake ruin me for future store-bought ones? Will this milkshake ruin fond childhood memories, once reserved for annual green foodstuffs?

And most importantly…will there still be any fun in patiently monitoring the Shamrock Shake locator and rumors of the shake’s appearance every year, now that I have potentially gained access to a comparable green shake whenever I want?

There was only one way to find out. Simple ingredients, mixed in a blender. Although I was provided a rubric for scoring the Copycat McDonald’s Shamrock Shake, I devised a sort of scoring system of my own, and it consists of these questions: 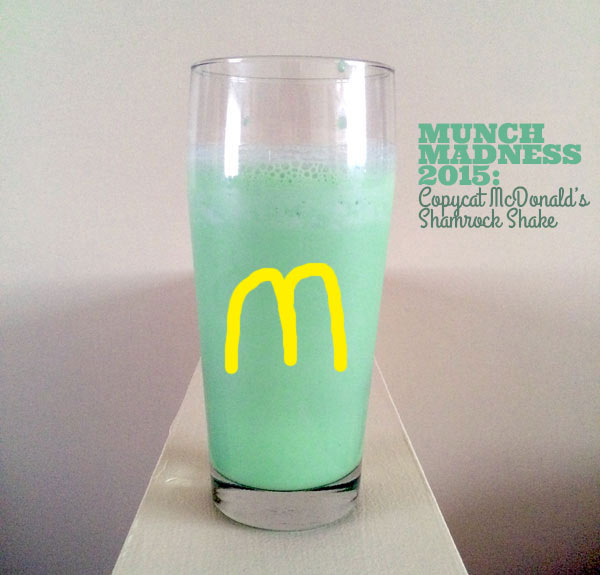 The appearance is pretty decent. It looks minty. But I already feel awkward with it being off-season and all. I must admit, I am also missing the large paper cup and yellow-striped straw. The taste is good. Eerily similar to the Shamrock Shake, although it lacks a bit of the creaminess that McDonald’s soft serve ice cream provides.

Synopsis: It’s safe to assume that the original Shamrock Shake only exists as a result of its own elusiveness. Would we care about a mint shake if it were around in August? The Shamrock Shake’s “Limited Time” its greatest selling point, not its greenness and subtle mint undertones. So, the question that needs to be asked… Do we even need a copycat version?

Well, this one is pretty good. Uncle O’Grimacey might even throw back a few of these homemade versions. Although, I think he rather enjoys only showing up once a year…like any good deadbeat uncle.