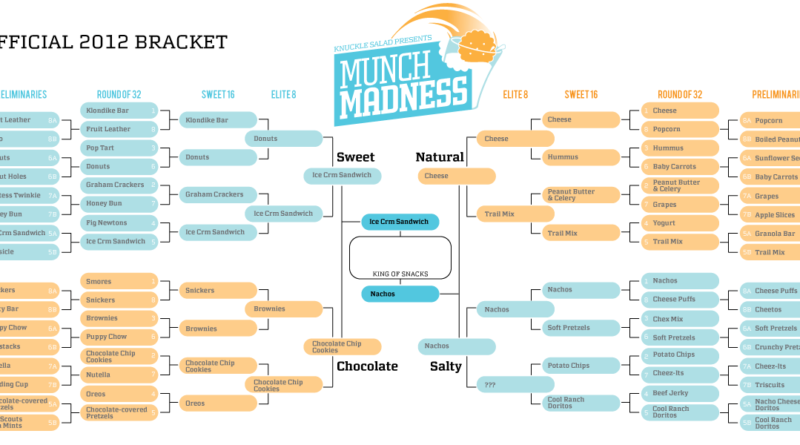 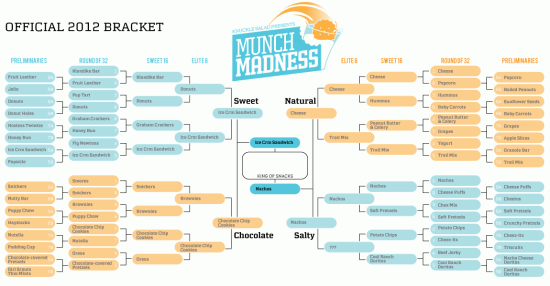 America, over the past week, you have declared unequivocally that Ice Cream Sandwiches are Nachos are the best snacks of all. Now it’s time to decide which one of them is the 2012 King of Snacks.

Do you know everything you need to know in order to make an informed decision? If you haven’t read yesterday’s Final Four interviews, Friday’s rundown of the Elite Eight matchups, or Wednesday’s regional favorites, they may help you decide. The King of Snacks will be announced on Tuesday morning.

The vote starts now and ends at 9 p.m. EDT on Monday, March 26. Be sure to campaign for your favorite and cast your vote on Knuckle Salad’s Facebook page! [Voting has now closed. Continue to find out which snack is crowned Munch Madness 2012 King of Snacks!]