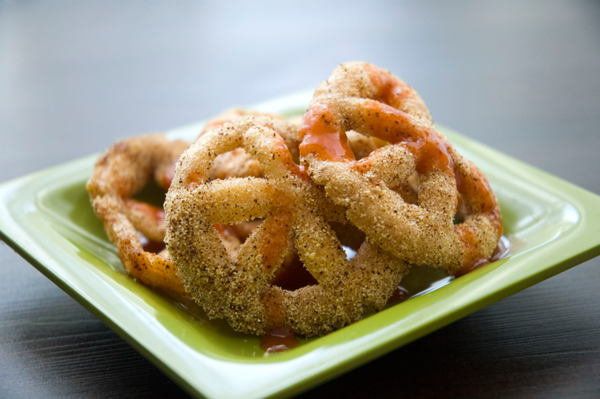 This is yet another story about jumping into unfamiliar foods without a plan or any way of knowing what the hell I’m doing. Don’t worry, though! It has a happy ending.

It started last weekend, when our friend Njicki came to visit. John and I, as Atlantans, are tired of the Georgia Aquarium and the World of Coke—or maybe only I am tired of those things and John is downplaying his superior Atlantanness—so we made up an alternative tour of the area.

While we were showing Njicki around the Super H, which is a huge multi-ethnic-but-mostly-Asian supermarket a couple exits from our apartment, I noticed a weird bag of hard little circles called “DURITOS.” Ingredients: Flour, corn starch, salt, baking soda, food coloring. 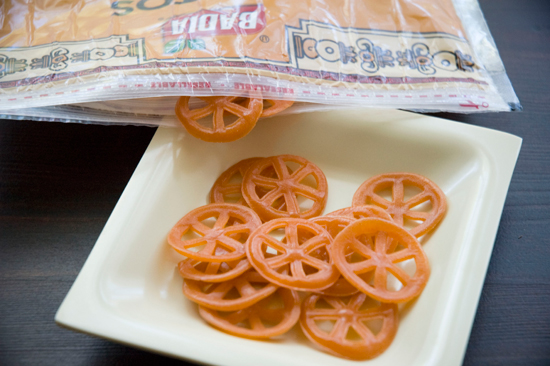 It’s times like these I’m glad we pay for smart phones.

The Internet described duritos, or duros, as a delicious snack, which seemed dubious since they felt like they’d break your teeth as soon as look at you, so I bought them. I like a challenge and our teeth are strong.

In the end, I opted for sensibility and decided not to bust the duritos out over the weekend after all, since covering the kitchen in oil or setting off the smoke alarm would seem a grave inconvenience if it cut into Njicki’s visit. So I tried them during the week after frying some maduros for dinner. I tossed a handful of duritos into the hot oil, resealed the bag, and put the rest away. When I turned back to the pan, those suckers had puffed up to at least twice their original size. 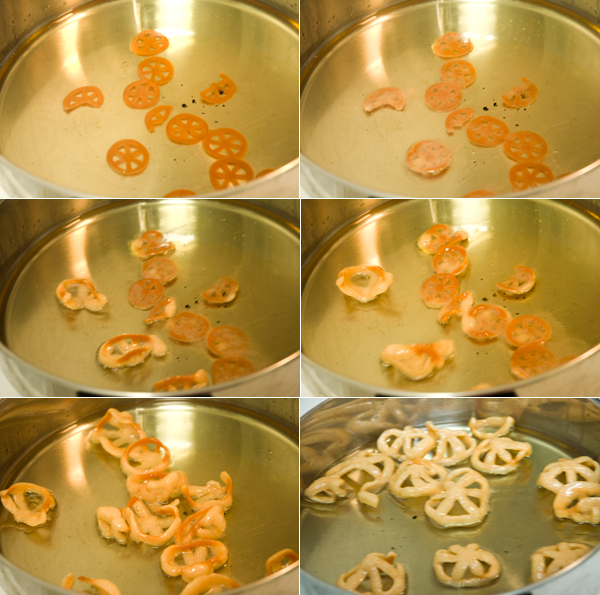 I asked John if I had passed out for a few minutes in the pantry or anything, but he said no, it really had happened that fast. Thirty seconds, tops.

Eaten plain, they taste very fried and oddly sweet-salty, but kind of good. And the texture can’t be beat: airy and incredibly crisp, like if the lightness of a cheese puff and the snap of a Vlasic pickle (it’s Vlasic, right? with the snap?) had a flour-baby.

We liked them. But they were definitely a blank canvas. And once we started experimenting with ways to present them, they started to become awesome, and now I really wish Njicki had gotten to try some. Can you buy duritos in Ohio?

Just in case she, or any of you, manages to find some, here are the two best things I’ve figured out to do with duritos this week.

1. Coat them in delicious salty seasoning.

I tossed a dozen duritos in a plastic bag, along with with the following spice mix:

This is as close as I get to what is apparently the traditional and correct way to enjoy duritos, which is to coat them in hot sauce and lime juice. I tried that and it tasted nice. Here’s the thing, though. When they get wet, duritos begin to get soggy and disintegrate in about 30 seconds. I timed it. However, if you toss the moist, hot duritos in a dry spice mix like this one, they stay crispy until the end of time (ish). So instead of tossing them in hot sauce and/or lime juice, keep either—or both—or both mixed together—on the side, and dip the dry-seasoned crispy duritos in it. 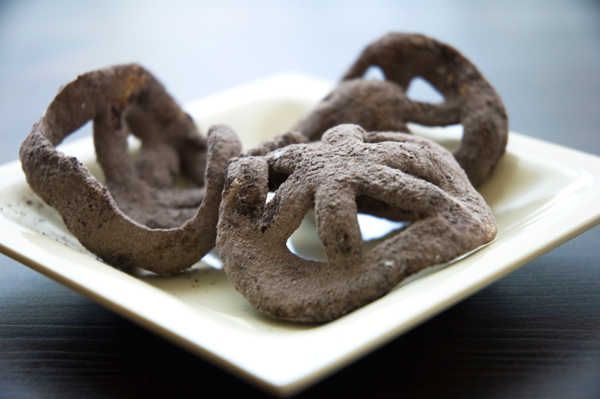 2. Toss them in hot cocoa mix.

I know it sounds crazy, and maybe it is, but it is also tasty as hell. I tossed my duritos in some homemade hot chocolate powder (here’s my recipe), and I thought I was done at that point, because it was addictively good—sweet on the outside, salty on the inside, and very, very light and crisp. Sure, at first I choked on the loose powder every time I took a bite, but anything worth having is worth working for. You can write that down. That’s Andrew Carnegie. You just know that guy choked on his fair share of powdered chocolate corn chips.

Then I got the crazy idea to toss some almonds in the chocolate, too. And then I added some mini marshmallows. Have you ever tried that special chocolate Chex Mix that’s only out in the wintertime? With the marshmallows and nuts, this tasted quite a bit like that. So I really thought I was done. 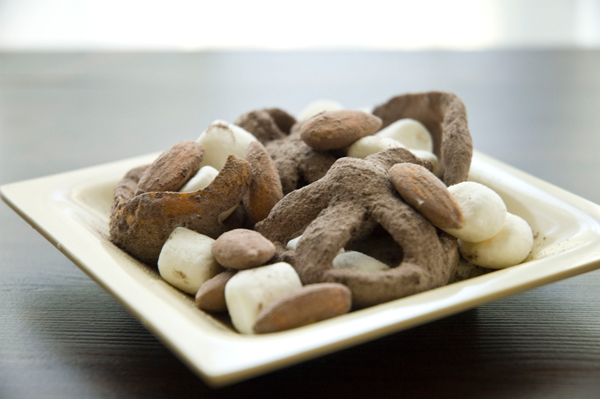 And then I noticed the way that each of the little duritos had formed a tiny cup. There they were, just begging to be loaded up with nuts and made into a sweet, powdery, bite-sized flavor delivery basket. 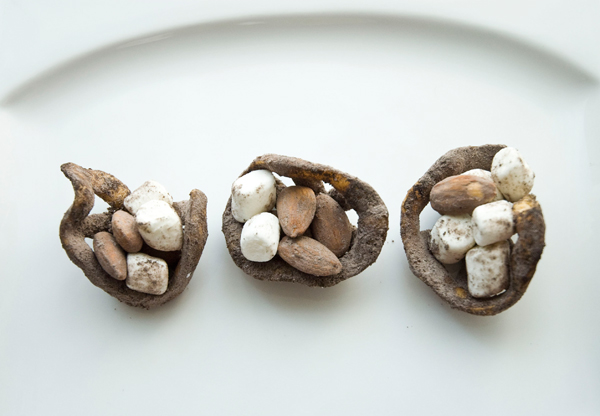 It’s also worth noting that while searching for an explanation of duritos, I didn’t find any pretty pictures of them. What I did find was a lot of “hey look at this weird thing I ate” cell phone photos with the flash on, a surprising number of naked women, and whatever this is. And while duritos aren’t a thing of beauty either before or after they’re fried, I can’t help feeling like they deserve a little better than to be thrown in with blurry snapshots of some stranger’s stepdad’s day trip to Mexico. So if you’re out there, and you’re enjoying some duritos, do them a favor. Set them by a bright window, turn the flash off, and upload a sexy durito pic. And make sure you label it. Together, I’m confident that we can improve the durito’s reputation, or at least lift its self-esteem a little.

Once I had fried them and tried them