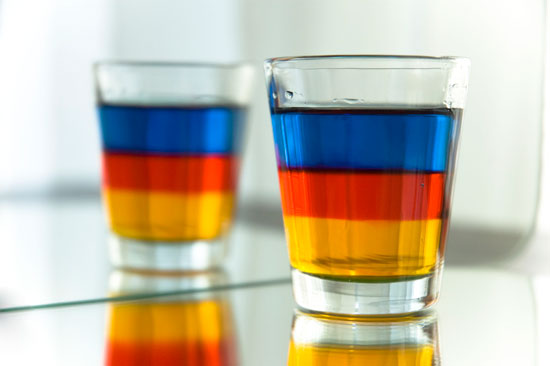 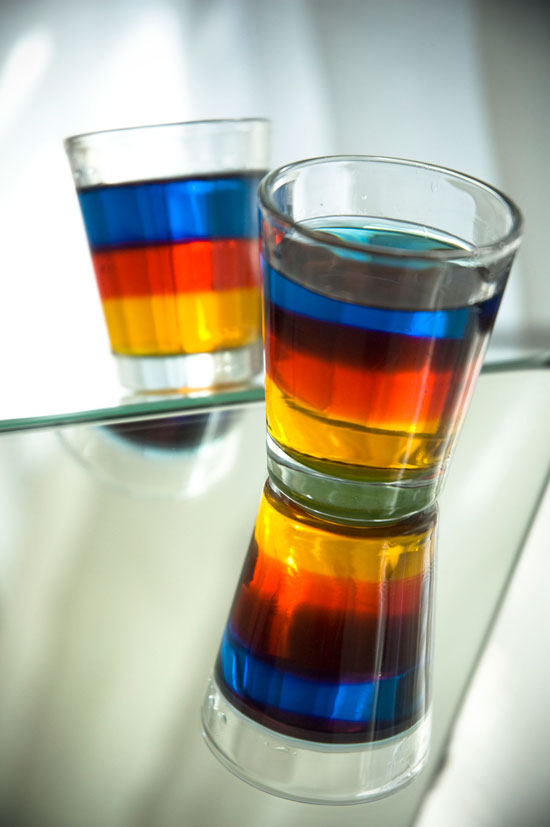 Yeah, I made up a drink about Quantum Leap. I dunno. It sounded like a good idea.

It tastes like a good idea, too, so I’m giving it to me.

It’s sweet, quite sweet indeed, and easy to drink, with layers of banana, chocolate-orange, and almond cordial. The colors are inspired by the handlink used on the show by Al Calavicci, Sam’s helpful friend-in-the-present. (Why, yes, Al was played by Dean Stockwell, the little boy from Anchors Aweigh! Well spotted, you.) Did you know that Al was an alcoholic when he met Sam? Yeah! They were working on the Starbright Project together and Al was a mess. 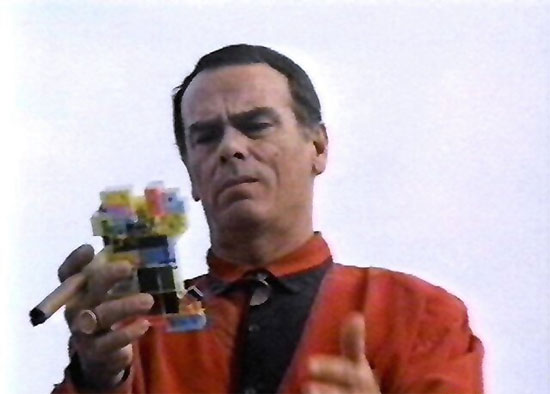 Sometime before the series started, Al cleaned up his act, quit drinking, and became awesome. Why, then, does Quantum Leap need a shot, especially one comprised of cordials and liqueurs, making it rather weak in terms of alcoholic content?

DUH! How else are you going to play the Official Quantum Leap Drinking Game?

That page claims to have remained untouched since 1994, which gives it some serious geek cred in my opinion. I am absolutely going to line up a row of these shots and have friends over to watch an episode or two before the rest of the series slips behind the Hulu paywall (as of right now, the first two seasons are still available for free on Hulu, including the first two episodes rolled into one) or into Netflix’s fiery pits of DVD-only rentals (although at the moment, most of the series is still available to stream instantly, with seemingly random exceptions).

Looking at the drinking game rules, I’m pretty sure we won’t make it an entire episode. But I’m willing to try. 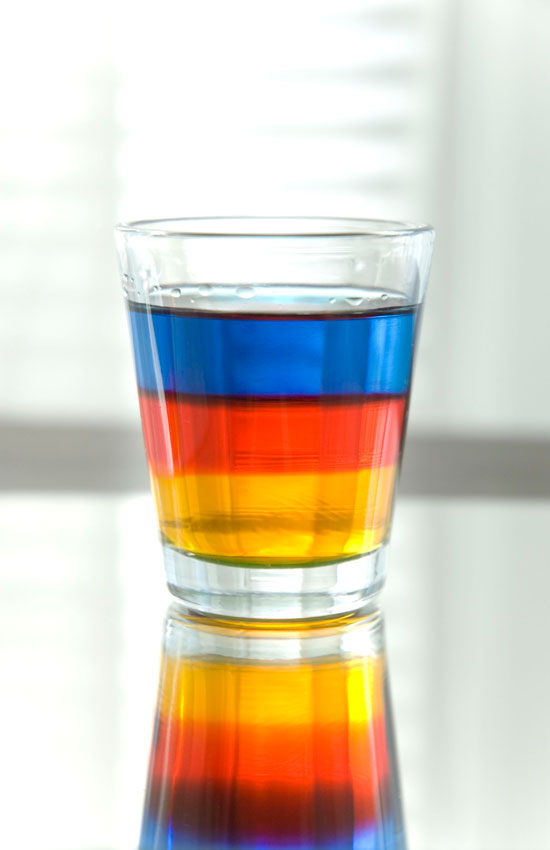 The recipe is just below, but first, it’s time to announce the winners of the first-ever Knuckle Salad giveaway, sponsored by ThinkGeek!

Out of 76 entries (you guys are awesome), there can be only two winners. It’s a good thing I decided ahead of time to let Random.org decide, because if it were up to me, I’d want to choose everyone. Everyone is the winner! Everyone shares the prizes!

Yeah, I agree that that wouldn’t be the best way to handle this. So I did indeed leave it up to Random.org, which gave me two numbers corresponding to entries from… Ross and CBern! They will each (and this is the really lucky part) be receiving their first choice, the Chemistry Cocktail Set and The Hungry Scientist Handbook, respectively. Congratulations, Ross and CBern! Hooray! Huzzah!

Thank you so much for playing, everybody. I look forward to doing more giveaways and things in the future. And now, a round of shots for all who participated! (Note: You have to make your own. See recipe below.)

Notes: You’ll surely be making more than one shot at a time, but multiplying the given amounts by the number of shots needed is pretty easy. However, be sure to prepare one complete shot before starting an assembly line, because you need to ensure that the relative density of each of your particular liqueurs matches mine. Creme de banana, creme de noyaux, and creme de cacao are remarkably similar in density, and in fact creme de noyaux should be denser, in which case it would belong at the bottom of the glass; the DeKuyper Creme de Almond that I used this time, however, is lighter than Hiram Walker’s creme de banana, so I put my red layer in the middle rather than at the bottom. The only reason the creme de cacao is at the top is because the blue curacao it’s mixed with is lighter than the other cordials, so their combined density is less. If you let this shot sit, you’ll notice that the colors of the top two layers will begin to meld and become purple (or, if your creme de noyaux is at the bottom, green, I suppose).

The Starbright, a shot inspired by Quantum Leap

For each shot, you’ll need: