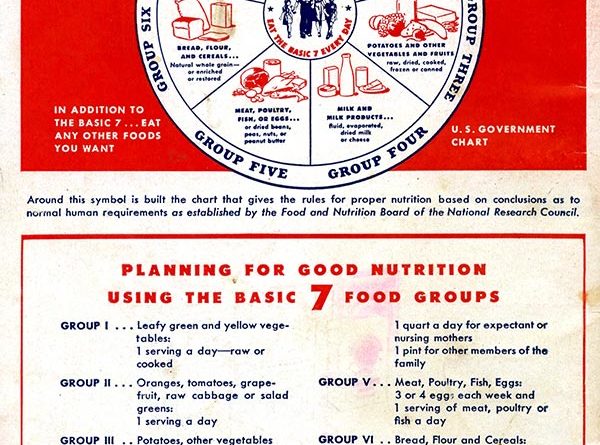 Happy Veteran’s Day, you guys! It isn’t easy to honor our servicemen and women on a goofy food-and-crafts blog, but after much consideration, this is what I’ve come up with: an ongoing salute to the terrible dinners of World War II.

A while ago, some old ladies in our neighborhood were having a tag sale—am I using that phrase correctly? They had all their old books and craft supplies out on folding tables in a disused building. It seemed like “having a tag sale” but it might have been “squatting on condemned property.”  Anyway, I picked up a little booklet called Your Share, because my love for weird old books compelled me and it was only a few dollars and it is splendid. Its chief selling points are these:

For instance, here are “The Basic Seven Food Groups,” arranged in a wheel so as not to unjustly overemphasize one nutritional group (e.g. “vegetables”) over another (e.g. “butter”): 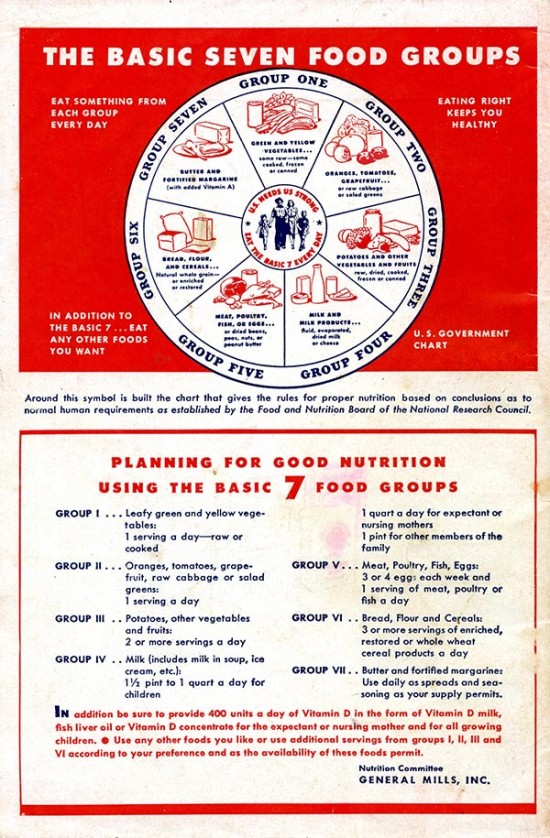 So yes, in many ways, your daily 1943 allowance of “butter and fortified margarine” is roughly as crucial as each of these: 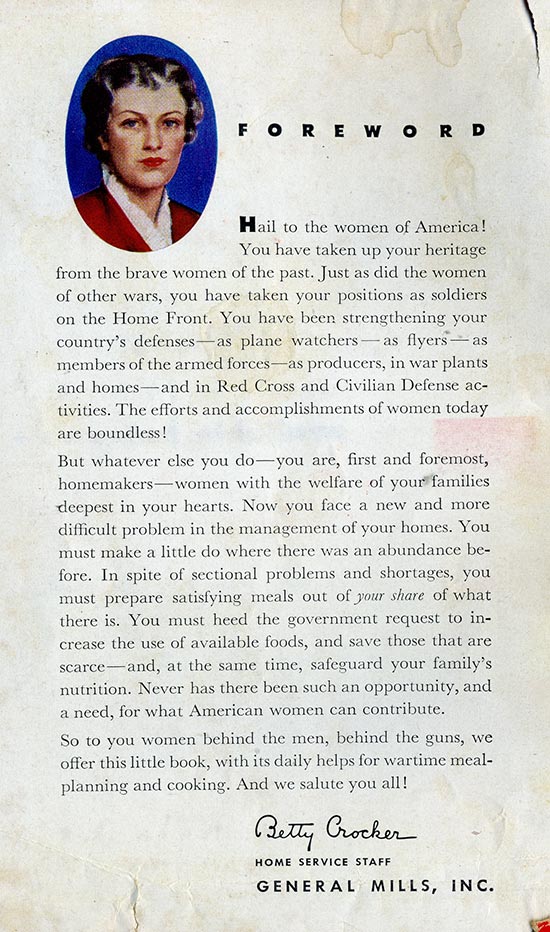 It’s hard to imagine all those exclamation points coming out of a face like that, isn’t it? She looks like “Hail to the women of America!” made her throw up a little. As it turns out, the Betty Crocker of 1943 is the dourest, sourest Betty of them all…although it’s hard to imagine any of these Betties would’ve been caught dead without her pantyhose. 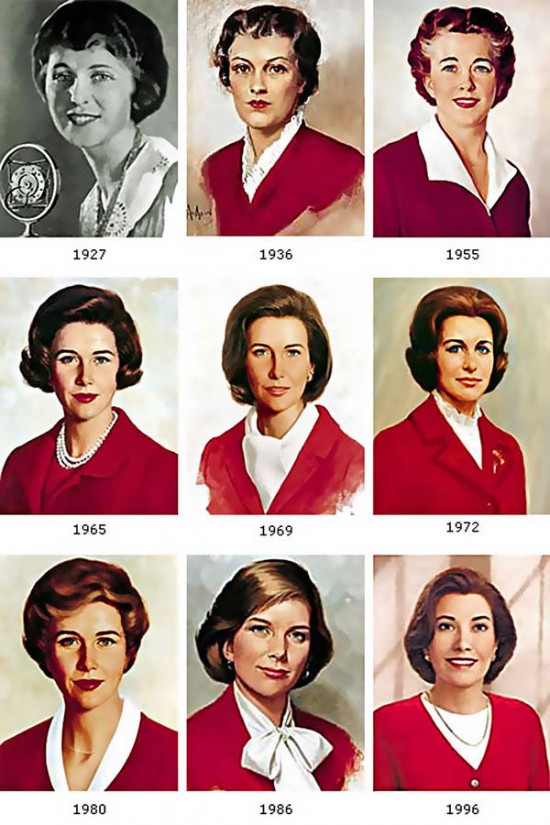 I will share the rest of this booklet with you a little at a time, section by section, so we can all learn about the challenges of the WWII home front. We’ll start with the “Stretching Meat” section, because it’s first, and because it just sounds so nice. In fact, I’ve already made the first recipe, and it was perfectly wretched. Can’t wait to show you.