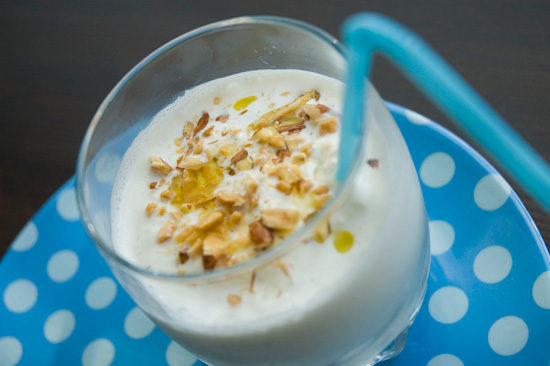 Beverages Desserts and Sweets Food Recipes
10/25/201112/19/2011 Kristina Ackerman 4 Comments booze, experiments, fall, ice cream
The holidays are on the horizon (they must be; craft stores have been crawling with Christmas trees for months), and that means we need drinks made of ice cream and booze! We need them because they’re simultaneously cold and warming; we need them because there’s an eggnog-shaped void in the lives of those of us unfortunate enough to have noticed that eggnog is disgusting. Most of all, we need drinks like this because their incomparable deliciousness brings friends together.

But this is not a recipe delivered lightly. This is a recipe upon which tremendous preparation has been lavished. This is a perfected recipe. 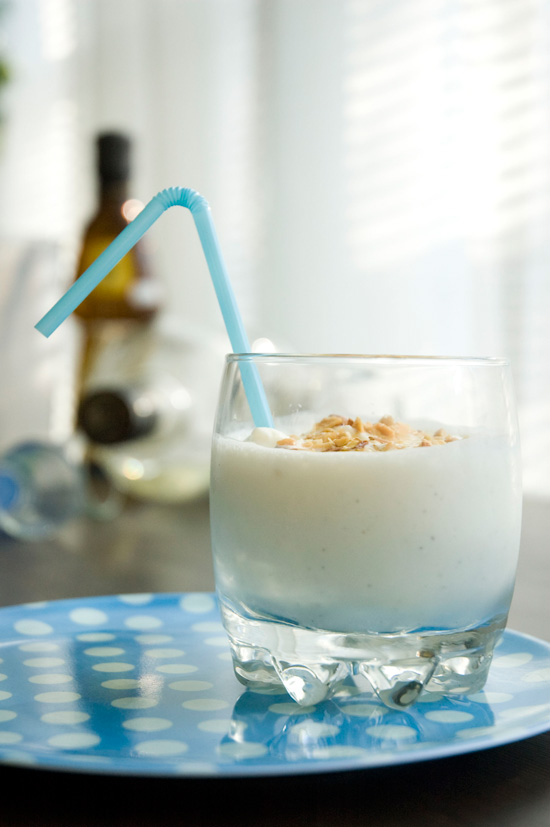 My friend Tony, Internet-ionally known as the Classless Chap, has two things named after him: a hilarious blog and a signature cocktail. The blog, The Classless Chap, is incredibly witty and often sweet, though it occasionally employs a salty sort of language that the fifth-grade tattletale in me wishes he wouldn’t use. The Classless Cream, on the other hand, is a beloved drink about which nary an unpleasant word has ever been uttered. In fact, I wonder whether anyone even feels comfortable swearing in its presence. It seems unforgivable somehow. Like cussing out Tinkerbell.

Tony breaks out his famous rum concoction by the blenderful at the end of parties, when everyone is just blitzed enough to disregard how much ice cream they’re putting away. At its mention, eyes will widen and a hush will fall as everyone watches keenly to find out if a Classless Cream is about to be bestowed upon them.

People are serious about this drink.

Once, I asked Tony how the Classless Cream was made, and he couldn’t exactly say. I mean, he knew there was ice cream, and he knew there was rum, but no two batches of Creams had ever been identical. He always improvised, tasting as he went, until it was perfect. It’s a danger inherent in mixing drinks after you’ve had a few: there’s no chance you’ll remember the measurements, assuming you even measured anything, which, let’s face it, you definitely didn’t.

So the Chap came over and we spent an afternoon figuring out exactly what goes into a classic Classless Cream. 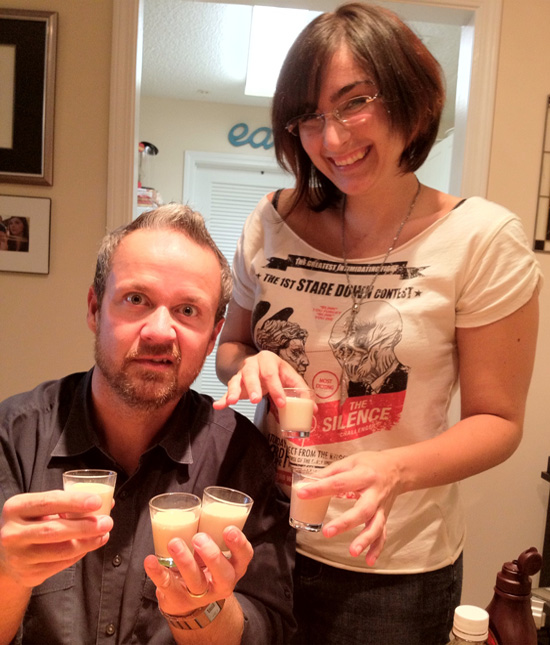 Now, the Classless Cream is by its very nature a drink of the people, so it wouldn’t have been right for Tony and me to sit alone in judgment while designing the perfect version. To ensure a democratic decision, we assembled a talented panel of tasters: Rich, who also videotaped the experiment; Jason, who came to photo-document our trials; and John, whose Knuckle Salad season pass (aka “house key”) fully entitles him to entrance into all tasting events. 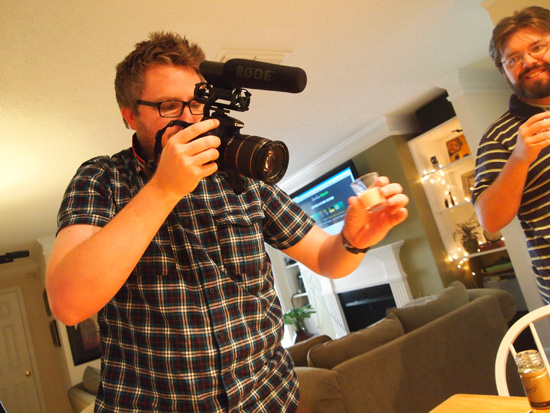 These gentlemen are excellent at tasting things. You needn’t doubt their expertise. 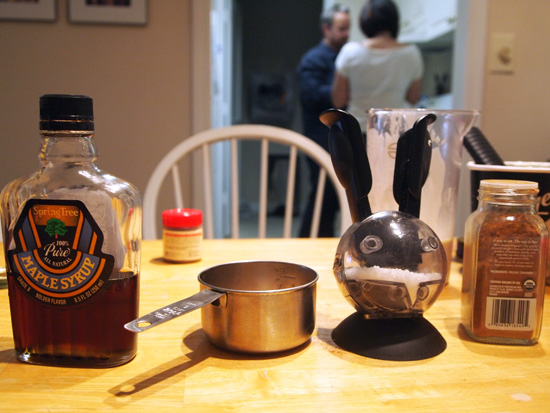 Tony knew that the basis of the drink was rum and vanilla ice cream, but suspected the perfect Classless Cream might include some other additions, which we vowed to discover. We went on a pantry raid, lined up shot glasses and tried dozens of mini Classless Cream varieties. 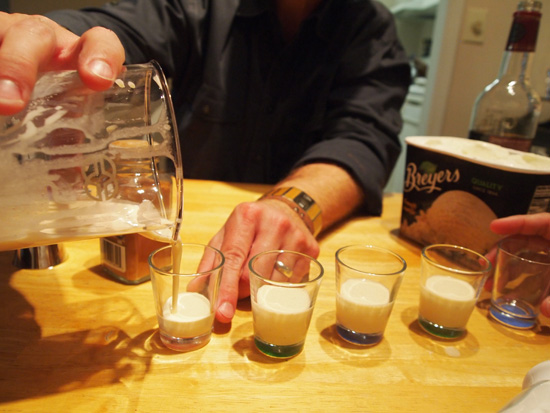 We liked nearly all of them. That was the only complication.

In the end, the winning combination, with complete approval from four out of five on our panel, featured crushed almonds, sea salt, and a drizzle of olive oil. (Jason prefers his Classless Cream oil-free and without nuts, which also coincidentally seems to be the way he likes his women.) Sure, those aren’t ingredients that immediately evoke an absence of class, but wait until you see them in action! Although it tastes like tipsy angels must have stolen it from Willy Wonka’s factory and delivered it to you on a unicorn, the drink is deceptively unappealing in presentation, like someone has upended an ashtray over your drink and walked away.

In other words, it’s perfect.

It only took a few hours and a couple gallons of ice cream to nail down the Classless Cream. After Rich recorded the experiment for future inclusion in whatever room of the Smithsonian ends up housing Knuckle Salad footage and memorabilia, he edited the few hours into a pretty adorable couple of minutes. You’ll feel like you’re there!

Reminder: You probably were not there. You will be embarrassed later if you start a story with, “It’s like that time we were doing that cocktail tasting experiment for Knuckle Sa—oh, wait.”

Notes: It was suggested during the experiment that some people might not like nuts in their drinks. The Classless Chap had something very concise to say about the importance of pleasing such people, but I’d rather let you imagine what it might have been; the headline was more or less that he was not concerned. Of course, if you have some kind of nut allergy (or olive allergy? do they make those?), Knuckle Salad reminds you that the Classless Chap, however persuasive, cannot insist you put anything into your drink that is likely to kill you.