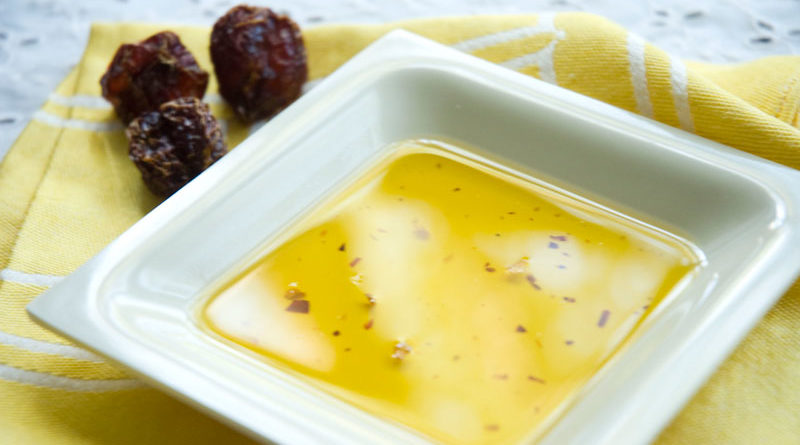 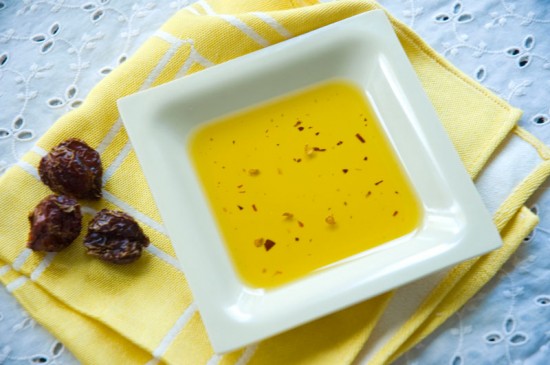 When I make vegetables, I keep it simple: a drizzle of olive oil, minced garlic, sea salt, black pepper. That is all I want. That is all I will have. It’s fast. It’s tasty. It’s perfect for lazy people like me.

But you mustn’t underestimate how truly lazy I am.

If there were a way I could get that process down to just a single drizzle without sacrificing taste, of course I would do it. I mean, if science invented pre-seasoned seasonal vegetables that released spice cells when heated, I would probably go for that, too, dangers of genetic engineering be damned. I’m lazy as hell, you guys. I think I ate cereal for lunch every day this week except the day I ate a slice of chicken and a handful of shredded cheese. I’m a corner-cutter.

The exception to my laziness is that if there’s something I can do ahead of time that enables me to be lazier in the immediate future, even if it’s a lot of work (like baking bread or cooking cauldrons of stew to pack into the freezer), I’m into it. I guess the difference is that I’m doing it on my own terms and it’s like a project, whereas cooking myself an egg in the morning is more like an insidious obstacle lurking between me and Twitter.

So whenever I figure out a time-saving make-ahead thing that’s actually easy and quick itself, it’s kind of like I’ve invented time travel because of all the extra minutes I get to hoard. I’m becoming a bit of a time miser. I take all the minutes and I put them into a minute bank in the corner of my mind and when I’ve saved up enough of them, I sit on the couch for half an hour and play the same stupid terrible Angry Birds board over and over and hate every minute of it.

Hmm. When I say it like that, it does sort of sound like I could stand to have some eggs for breakfast. But that is not the point. 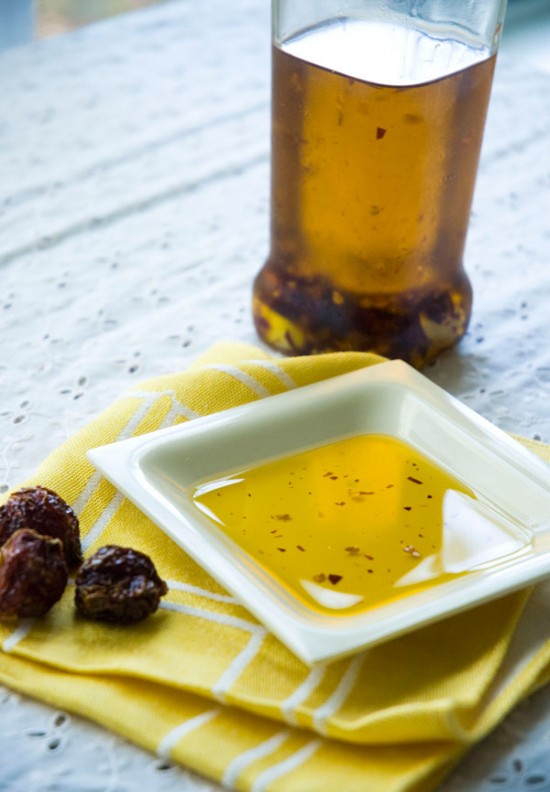 The point is that to further assist the Tom Sawyer-esque aspects of my low-and-lazy lifestyle, I have figured out how to make tasty chili oil with garlic right in it, and now all I have to do is drizzle it on my bowl of fresh veggies (or my pizza or my chicken or my desk or my car) and it turns it into amazing delicious food to eat. A sprinkle of salt amplifies the flavor of the olive oil, with the garlic and pepper right behind it, and the spicy heat lingering after each bite. It took only a few minutes and no specialty ingredients to make the oil. Now I’ve got all this luxury waiting for me in the fridge (of course, olive oil solidifies when chilled, so I need to take it out of the fridge a little ahead of using it), and as long as I keep an airtight seal on it, it’ll stay fresh for about a month if it ever gets the chance. Spoiler: OBVIOUSLY IT WILL NOT.