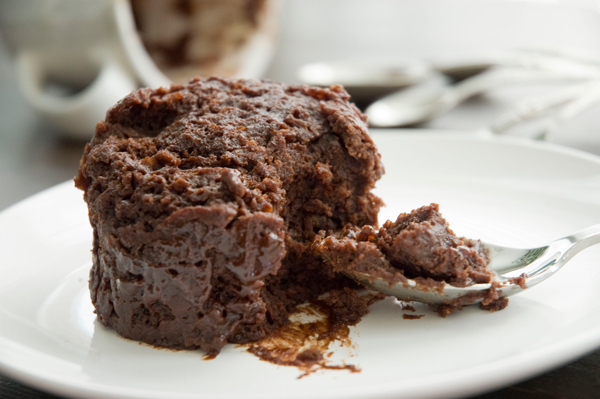 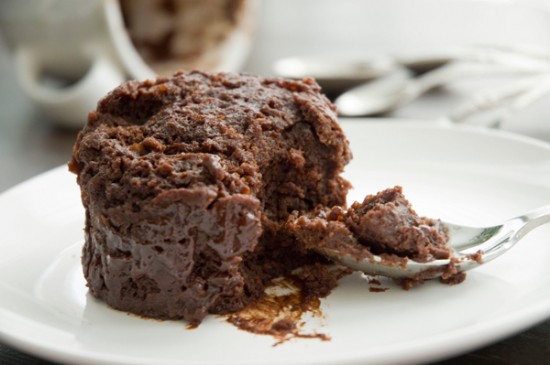 This is an adaptation—and a huge improvement, in my opinion—of the classic microwave mug cake.

You probably know about microwave mug cake. The Internet has been swooning over it for a while; I think I first read about it in 2007, the year of Dramatic Chipmunk, I Like Turtles, and the Rickroll. It may not be a flashy meme, but it’s paid its Internet dues and earned a reasonable level of respect. Nyan Cat probably has to salute whenever a microwave mug cake goes by.

If you’ve tried any of the popular chocolate mug cake recipes, you know how hard it is to predict which terrible texture you might end up with. One cake is tough and rubbery like an old shoe, and the next might turn out mushy and wet like an old sock, even if you’ve used the same recipe.

I have plenty of real footwear I could eat if I wanted. Even for as little effort as it takes to mix up a mug cake, it’s hardly worth wasting an egg for a bland, burns-your-mouth little hot-handled cup of disappointment.

So I fixed it. 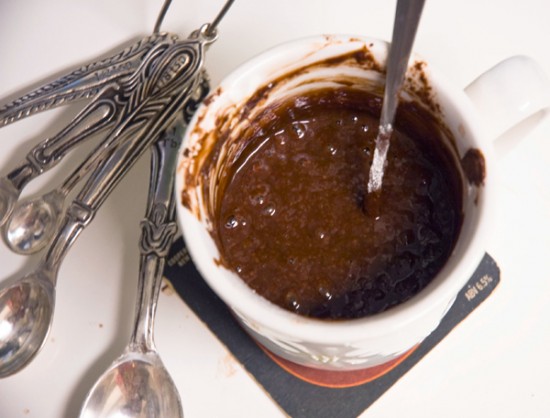 To begin with, I had a whole list of problems with chocolate mug cake:

So I tested and adapted the recipe, swapping out ingredients and balancing ratios, until I had one that answered all my complaints. The solutions are simple: 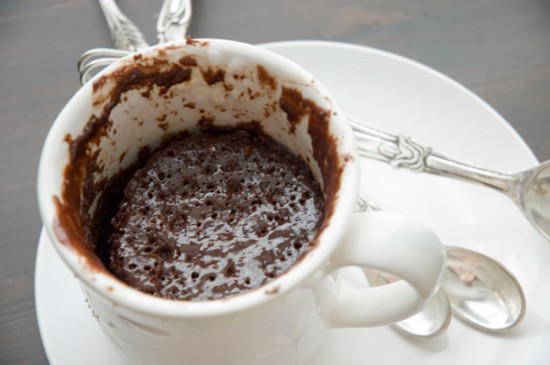 The recipe is just as easy as the old standard. You put some chocolate chips and butter in your empty cup and microwave those until they melt, then mix the other ingredients into that. Be sure to add the cold milk before the egg so that the egg won’t cook in the heated chocolate, and when all your wet things are perfectly blended, stir the flour in juuuust until it’s blended in, and stick it back in the microwave.

It doesn’t rise a lot, and it’s not going to win any beauty pageants—not even Miss Teen USA 2007—but it’s not about being a handsome cake, it’s about being a tasty cake. Whereas we once summed up the original chocolate mug cake as, “Slightly better, in a way, than no chocolate cake at all,” this one is better than a whole list of things:

It’s a modest list, yes, and although there are other things that could be added (empty jars, String Racers), I’m not going to oversell it, lest you head into this expecting the kind of cake that would make you turn down a proper cake if given the choice. It’s definitely no substitute for the soft, fluffy, even texture you get when you spend half a day measuring things into different bowls and combining them with the appropriate tools and appliances. What a mug cake sacrifices in nuance and texture, it makes up for by letting you prepare just one little serving and eat it in five minutes, even if you aren’t a baker and don’t have a single pan in your kitchen. In fact, I bet even an idiot could make this. Oh, or a child! Either one. 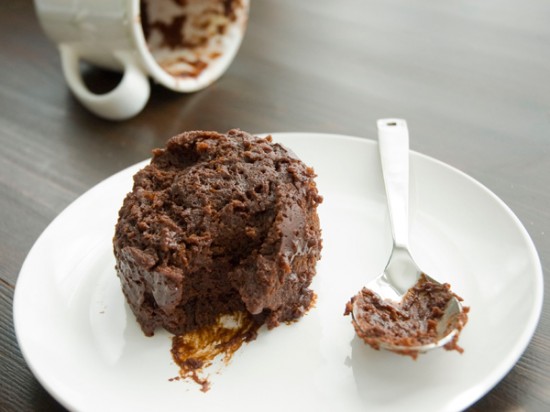 Notes, in list form today because I’m list-happy all of a sudden:

One Little Fudgy Brownie Cake in a Mug