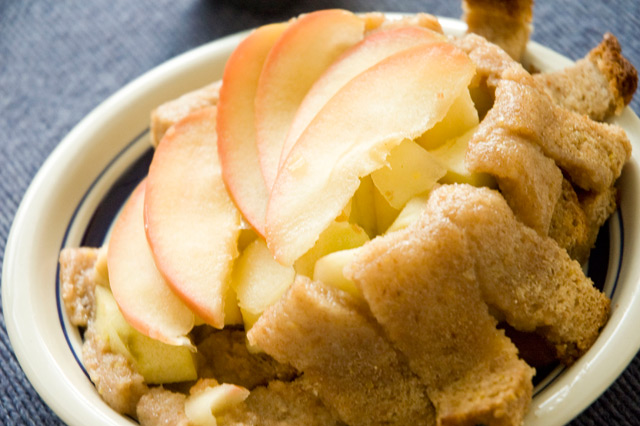 Fool me once, shame on you. Fool me twice, United Kingdom, shame on me.

It started with Carrot & Orange Soup, the worst thing I ever cooked. Years ago, I got a fancy new cookbook, and Carrot & Orange Soup was the recipe I picked out first. It sounded atrocious, but it was in a cookbook, and I thought that meant it had to be good. I thought it would open my mind to whole new ideas that I had been dismissing on the flimsy basis that they sounded disgusting.

So I spent an afternoon parboiling and pureeing and juicing, shredding onion after onion after carrot after lousy potato. It was the most complicated dish I had ever prepared. And when the three of us (John, our roommate Njicki and I) finally sat down to dinner, the soup tasted so perfectly awful that we leapt up from the table and drove straight to the pita place down the street. If someone had chosen that evening to burglarize our house, they would’ve turned and fled for fear that a family of bears would return to devour them any second.

Later, I noticed that the cookbook had been printed in Great Britain. I supposed our American palates simply weren’t evolved enough for Carrot & Orange Soup, and I wasn’t sure they would ever be. I gave the book to a charity and hoped it would go to someone less fortunate, ideally with no taste buds at all.

I’m no racist, though. It was just a bad cookbook, that’s all. Admittedly, I haven’t gone out of my way to try any other British recipes, but I’ve been open to the idea. So when I spotted a recipe from the BBC for Apple Charlottes with Thyme Custard, I was interested. Cooked apples inside a little house made of bread? Custard flavored with fresh thyme? How interesting! It sounded complicated, and I imagined it would look something like this: 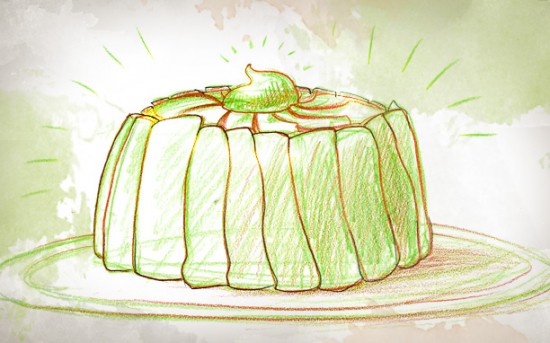 Did you spot my error? Right: I should not have been imagining what the recipe was going to look like, because there should have been a picture. There should always be a picture. Never, ever, ever make a recipe if there isn’t a picture.

Especially if it’s British. Yeah, that’s right. Two strikes, Your Majesty. Here, for all the world, I’ve documented the reality of my Apple Charlotte with Thyme Custard: 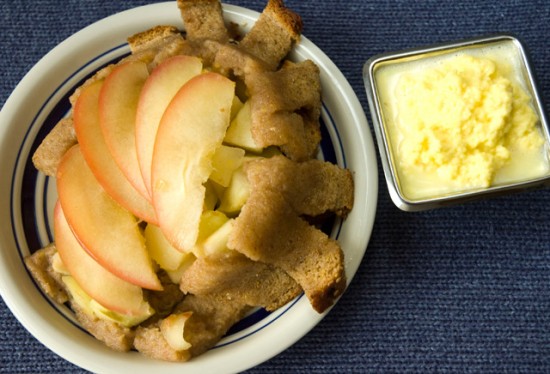 If it were delicious, I wouldn’t care what it looked like or how clumsily it all fell apart. But it tastes exactly the way it looks: like a pile of wet toast with soggy apples and a side of scrambled eggs drowning in milk. (Mmm, just like Miss Hannigan used to make.)

As I write this, my outrage is as fresh as the eggy glop drying all over every single implement in my kitchen, so excuse me for a moment while I do a quick vocabulary replacement on what I’m going to say next.

I’m willing, however reluctantly, to accept responsibility for what happened to the stupid flapping custard. 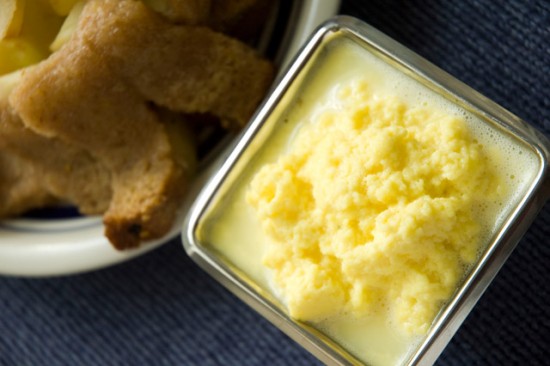 But even if I can’t blame the recipe for my terrible thyme custard, that apple charlotte was executed to the motherfriending letter, I guarantee you. And look. Just look! Nothing like the picture! 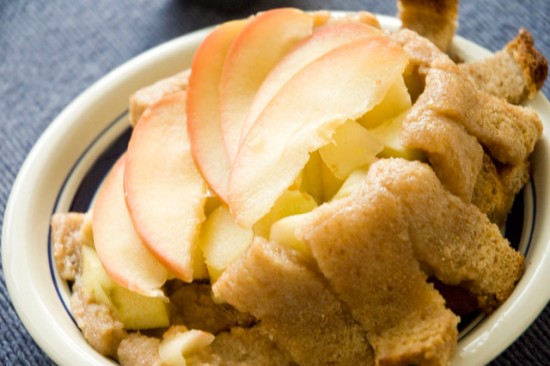 Look, BBC, I don’t mean to call you out unfairly. You’ve done a lot for me over the years and I appreciate your work more than I can say. In fact, my admiration for you was a major factor in my optimism for this recipe. Besides, it’s entirely possible that there was an error on my part (these things happen! everyone makes mistakes! blllaaaaaaah blah blah who cares shut up I’M PERFECT), or that there was a problem converting the measurements from English to Regular. I know. And I also realize I’m still a little emotional about it and potentially overreacting a tiny bit.

Yes. I acknowledge all of that.

My point, if I’ve got one—and I feel like I have, although that could just be the adrenaline—is that if recipes aren’t your strong suit, maybe do us both a favor and keep them to yourself from now on. Two hours, BBC. It took me two hours to produce this wibbly-wobbly thymey-wimey abomination, during which time I could’ve watched almost an entire season of most of your sitcoms. (Which is another thing we need to talk about. What’s with the six-episode seasons? Surely it isn’t a funding issue. You’re the government! Just move a little cash around! I bet you’ve got another five Misfits episodes tied up in horseback riding alone, and judging by how long I’ve been waiting for a fourth Sherlock, your budget must be in need of urgent attention. Would it help if I showed you how to set up a Mint.com account?)

All right. I feel a little better now. Thanks for listening. I’d better go clean up.