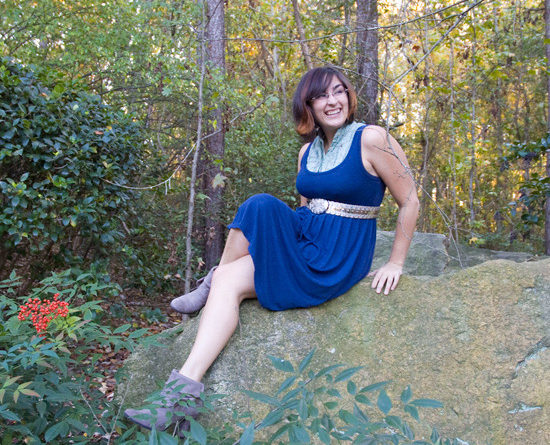 Everyone laughed when I said I was bringing dickeys back. 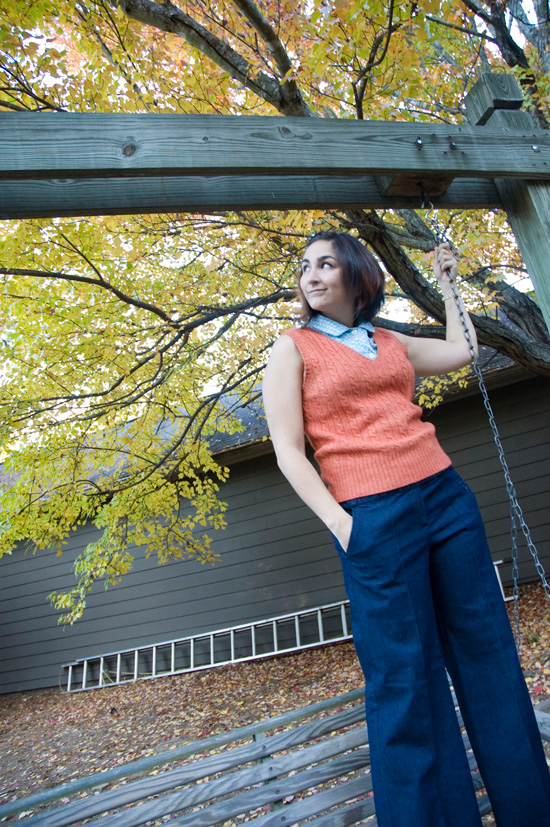 Then they were all, hey, nice shirt! and I was like, WHAT SHIRT, BITCHES? 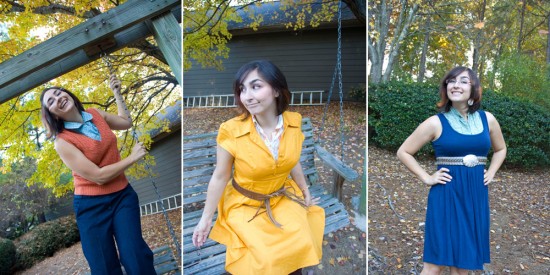 (I had just asked my mom if the pictures she was taking were going to highlight my dickey. You would giggle too.)

But wait, no! Dickeys are great! What’s the problem, man? Let’s come at it academically. Other than the name, what’s so funny about a dickey? 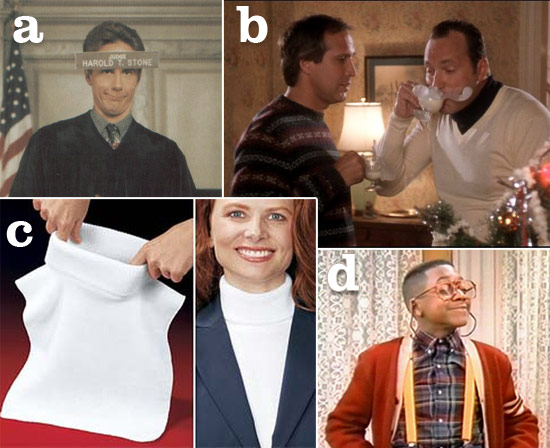 History has definitely taught us that dickeys are ridiculous. (I bet that’s even where the word “ridiculous” comes from!) Mind you, historically, history tends to be wrong about stuff like that (remember when sushi was OMG SO SUPER GROSS? Thanks, 80s TV). That’s why, when dickeys eventually reenter the fashion stratosphere, I’m pretty sure they won’t be called dickeys. I’m not sure what they’ll be called, other than hey, nice shirt! 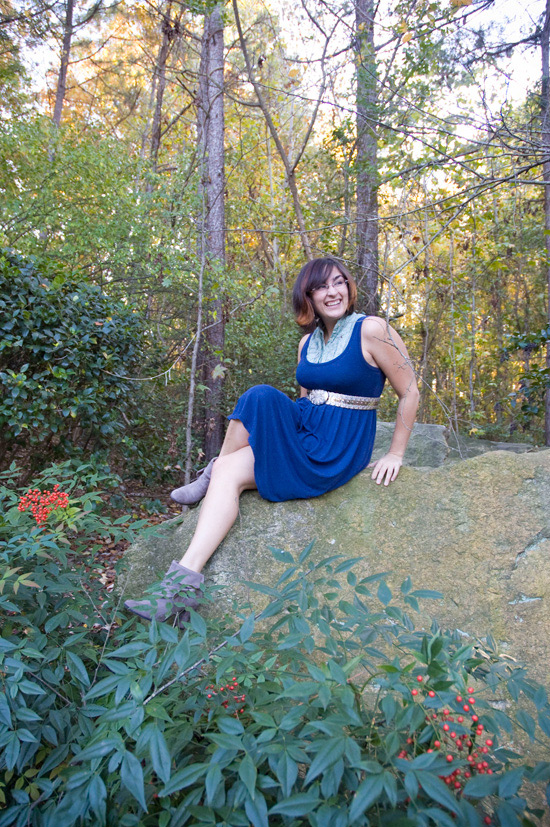 Kidding aside, I can’t think of a cheaper way to update the hell out of your wardrobe. Hideous shirts in cool prints are about a dollar at the thrift store, in abundance. They’re even cheaper at garage sales. And since only the neck has to fit, you’re not limited by size, style or cut. It doesn’t even have to be a ladies’ shirt. For every buck you drop on an ugly shirt, plus two minutes (five if you’re fancy) spent turning it into a dickey, you’ve just enhanced a bunch of outfits in your closet like crazy. And you’ll be able to layer, even when it’s not quite chilly enough for it—or when the thing you want to wear on top is too thin to hide a whole bulky shirt, like my blue dress.

And if you’re still too ashamed to wear a dickey, you don’t have to tell anybody! As long as you don’t do that pulling-your-dickey-out-of-the-top-of-your-shirt-to-surprise-people thing that I sometimes do (hopeless-but-lovable nerd exhibit a.2), no one will be the wiser. 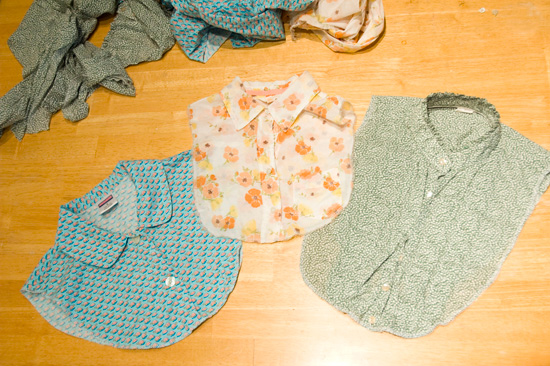 These are my three favorite dickeys. The white one was a thrift store find in a print I love, but a size I couldn’t wear. The green one was from a garage sale, but was designed so strangely that it couldn’t accommodate boobs unless you had them in the back also. And the blue one has little turtles on it! (There’s a chance it might have been pajamas at one time. Don’t tell anybody.) 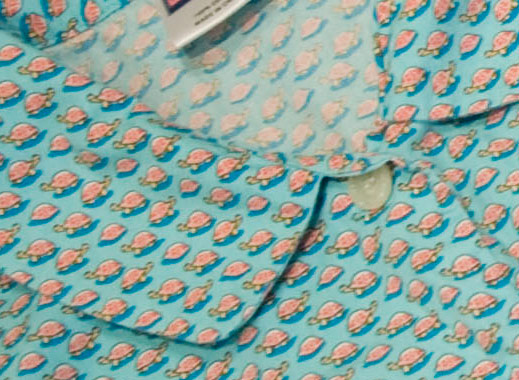 Laugh all you want, but guess how many of these suckers I can fit in my dresser, you guys.

Thanks to Donna for photographing my finished dickeys!