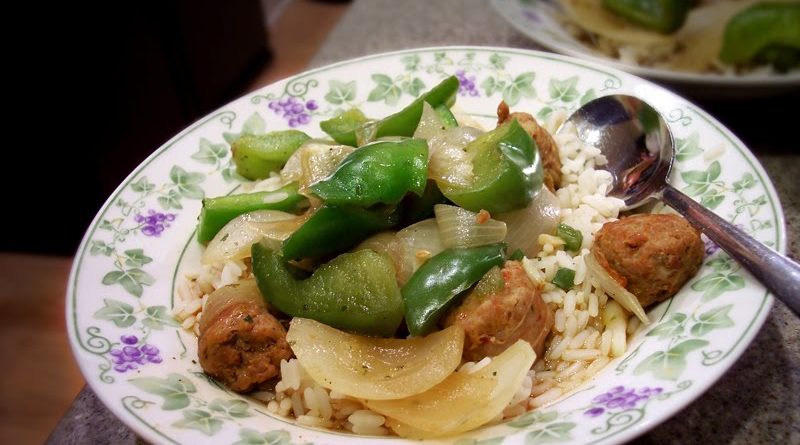 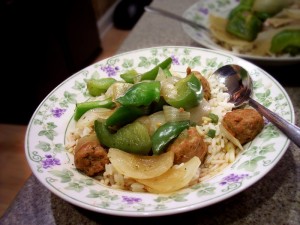 Sausage and peppers (with rice) is one of our fallback dinners. We make it when we want a dinner that seems extra easy and casual even to us — and that’s saying something, because we are by no means fancy. When it comes to dinner, we’re pretty lazy, as a rule.

So this is delicious, but it can be put together in the time it takes the rice to steam. And we make plenty so we can eat it again as leftovers. There’s a bit of chopping-up to be done, but that’s pretty much it. And since everything but the rice gets made in one pot, you get a whole meal done and you only have to wash one or two cutting boards, knives, two pots and a spoon.