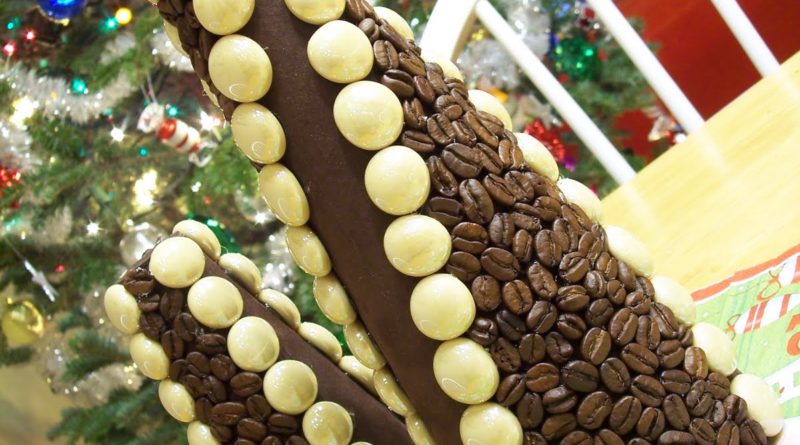 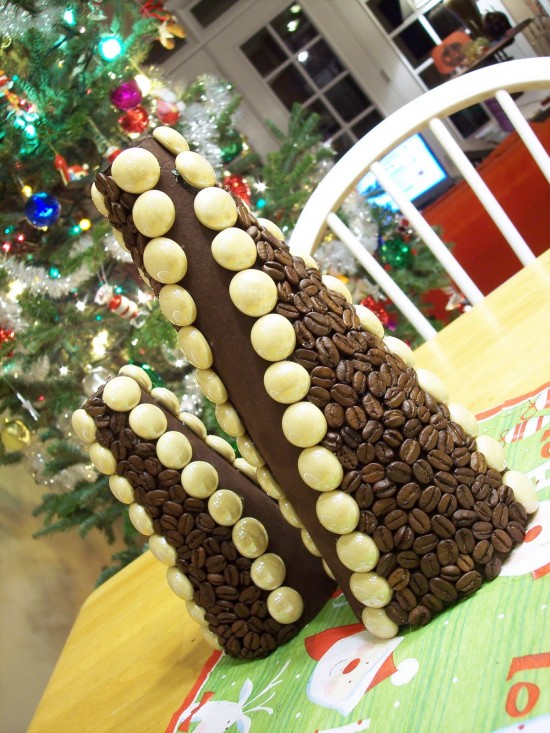 I feel like I should preface this by saying that I love the smell of coffee. Because if I don’t say that, the first thing you think might be, “Whoa, this must really smell like coffee,” thinking it’s an oversight on my part, and I don’t want you to get hung up on that thought. No. The coffee smell isn’t a byproduct. It’s a regular product. I have produced that coffee smell.

There’s nothing super innovative or crazy about this. It’s a simple project. I wanted a holiday centerpiece made out of coffee, and I found these flat, milky glass beads in the craft store that looked just the color of cafe au lait, and I happen to know that simple, repetitive actions can be therapeutic, up to a point, even an action as foolish as hot-gluing whole-bean coffee, bean by bean, to a styrofoam cone.

So here’s what we’re looking at here.

*While I was writing this, I took a quick Google break to see if quadrant beanless was a googlewhack. I know you’ll be as shocked as I was to learn that Google doesn’t even consider “quadrant” to be a valid English word! And doubly shocked to know that word combination (or non-word combination, thanks, Google) already appears on over 350 other Web pages, whose ranks this one now joins.