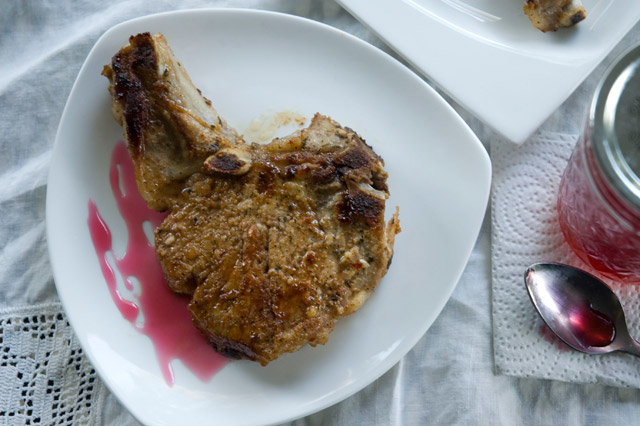 The September 2010 Daring Cooks’ challenge was hosted by John of Eat4Fun. John chose to challenge The Daring Cooks to learn about food preservation, mainly in the form of canning and freezing. He challenged everyone to make a recipe and preserve it. John’s source for food preservation information was from The National Center for Home Food Preservation.

There is only one hard and fast rule in canning, as made very clear by this month’s Daring Cooks host, and it’s that you must follow directions to the letter. No estimating measurements, no little tweaks to the ingredients, no cutting corners on cook times. Stick to the recipe like glue and you’ll end up with perfect jellies, sterile cans, and no dead dinner guests. 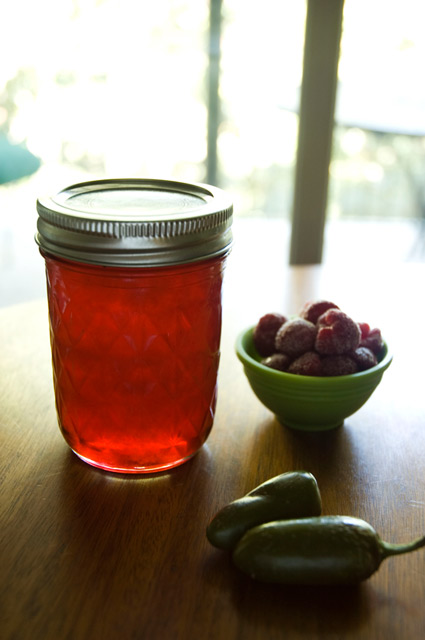 So yes, I managed to mess it up.

Following recipes with precision has never been my strongest skill. My earliest memory of unassisted baking involves one flat, crumbly, miserable cookie the size of an entire baking sheet, and two unused eggs left out on the counter.

I’m not 10 anymore, though, so I thought maybe just this once, I could stick to a recipe. The host provided an apple butter recipe perfect for beginners. I, however, had my foolish heart set on raspberry jalapeño jelly. The only trustworthy recipes I could find called for liquid pectin; the grocery store carried only the powder. What I should have done was given up and learned to like apple butter.

Instead, I googled frantically until I found someone who claimed, contrary to what the rest of the Worldwide Web had to say, that  with a few adjustments it was possible to substitute powdered pectin for liquid. I then proceeded to hang all my hopes on the dubious wisdom of some unknown Internet crackpot.

On the bright side, at least I know exactly who to blame.

While the jelly was cooking, everything seemed to be going swell. I used the Pioneer Woman’s  recipe for raspberry jalapeño jelly and added my box of Sure-Jell powder early in the recipe to give it plenty of time to cook. (Had my mystery advisor also suggested that I glue the pepper stems to my eyelids to please some jellycentric demigod, I probably would’ve done that too. I really wanted jelly.)

The smell in the kitchen was encouraging as the berries and peppers warmed on the stove. It was a terribly simple recipe; the only surprise came when, at the moment when the whole thing came to a boil, the pot was overtaken by a dense pink fizz that didn’t go away until the heat was lowered. As the fizz dissipated, it was revealed that the berries has vanished. They were gone! Completely gone. 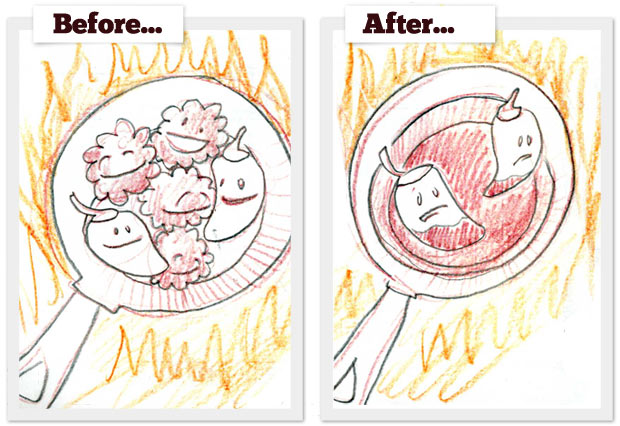 It was like a magic show, if there were a trick where the magician covers a dozen people with a cloak and when he removes it again, half of them have vanished and the others are completely soaked in their blood. And also the blood is delicious.

Even while the raspberry-jalapeño concoction was still warm, it tasted amazing. Full-flavored, sweet, but not too sweet, and just spicy enough. It filled the jars just fine and the lids made the pop sound and everything. That night, I had wonderful dreams of spicy English muffins and crackers with jelly and cream cheese.

I was disappointed. I didn’t want a glaze.

But then I remembered something. 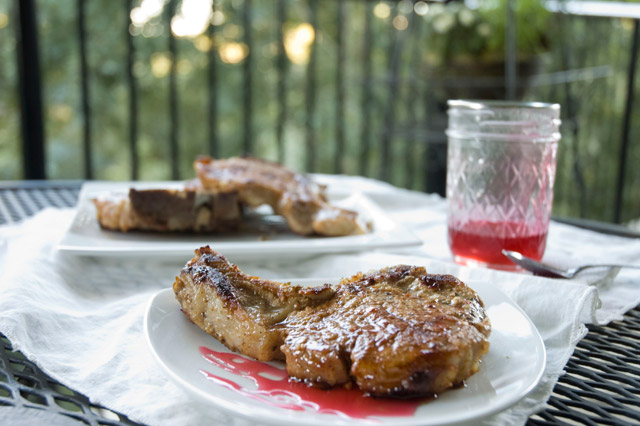 I remembered how much pork loves fruit, and how much glaze loves pork. Three pan-fried pork rib chops later, I didn’t care if I ever saw jelly again. 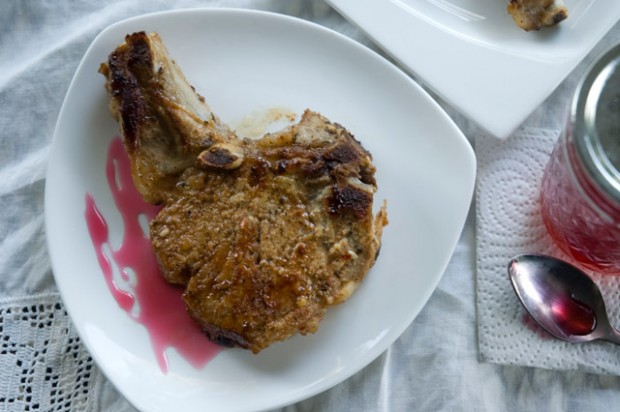 And that’s the story of that.