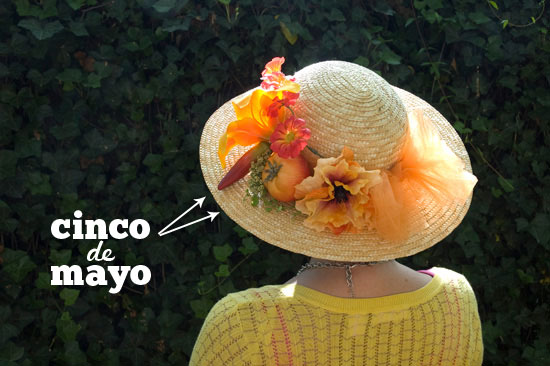 Some the-end-is-nigh blogs (here’s one, for instance) have this to say about the impending conclusion of life as we know it:

“Exactly on December 21, our sun will be in the center of [The Great Dark Rift]. Also on that day there will be a galactic alignment of all the planets. These two astrological events only fall on the same day every 26,000 years.”

Every 26,000 years! Isn’t that interesting? Curiously, the author doesn’t make any mention of this year’s other cosmic coincidence, wherein Cinco de Mayo and the Kentucky Derby both fall on May 5.

I know what you’re going to say. “But Kristina! The Kentucky Derby isn’t a cosmic event! It’s scheduled! Somebody decided to have it on May 5!” You’re right, of course, but you’re missing the point big time.

That’s right. Two of the most fabulously festive, virtually pointless occasions known to the Western Hemisphere are coinciding for the first time in up to 26,000 years. We may only get one chance, so it’s up to all of us to amalgamate these two legends of outdoor revelry into one perfectly absurd patio-bound Saturday rife with mint margaritas (is that a thing?) and chili pepper racing (I’m almost positive that’s not a thing).

In case you stopped paying attention a minute ago when I said Cinco de Mayo and the Kentucky Derby are pointless, please try to focus. Maybe you’re more sophisticated about horse racing than I am, or less removed from the significance of the Battle of Puebla, but you’re missing the point again. Just try to forget I said it.

I need you to concentrate on what’s important: that there’s only one responsible way to spend this Saturday morning, and that is assembling the perfect hat.

I don’t want you to leave the house on Cinco de Mayo de Kentucky Derby with a naked head! Here are some prototypes I put together to inspire you. You’ll probably forget to be inspired because you’ll be busy laughing at me in my stupid hats BUT I AM COMPLETELY COOL WITH THAT.

The Churchill Down-brero: A big straw hat with stuff glued to it

While I was at the thrift store picking out a big straw hat, I spotted a variety of realistic styrofoam peppers and tomatillos on sale for $1.50. Such a steal! This was clearly a message of approval from the universe itself so I bought the hell out of it. Now my big straw hat has a tomatillo and a chili pepper on it, which I find delightfully absurd. And, in the end, rather subtle. 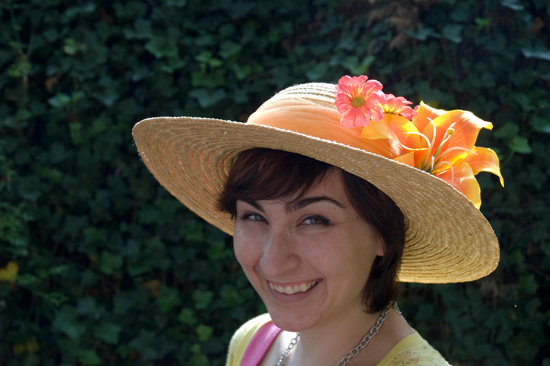 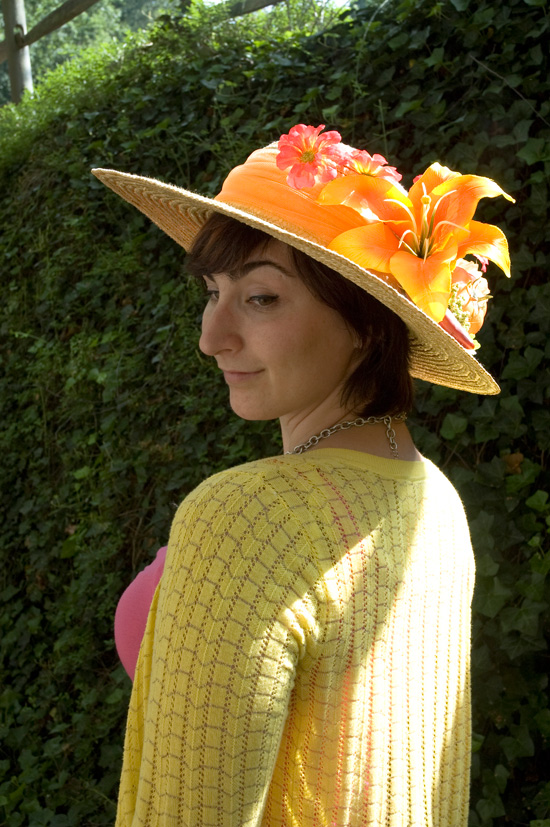 This hat doesn’t need a tutorial, because all you have to do is arrange your stuff the way you like it and hot glue it to the hat. In my case, I placed my biggest flower first, then tied the tulle on before gluing everything else down. The toughest part is deciding where you want everything, so take your time moving it around before you glue!

Also, if you find yourself in a fabric store, consider checking the remnants for any leftover pieces of that weird trim with the pompoms that dangle down from it. My store didn’t have any, but it would be perfect for the brim of your hat, if a lot less subtle. Of course, if you’re feeling really bold, why not start with an actual sombrero instead of a plain straw hat?

The Excessively Caliente Fascinator: A headband with overwhelmingly ridiculous stuff glued to it

Maybe you’re not a big-straw-hat kind of person. You needn’t feel left out! Some derbygoers show up in extravagant fascinators with sky-high feathers and veils and miniature horses and pink flamingos and stuff. Follow your heart.

My heart told me the universe had given me those peppers for a reason. 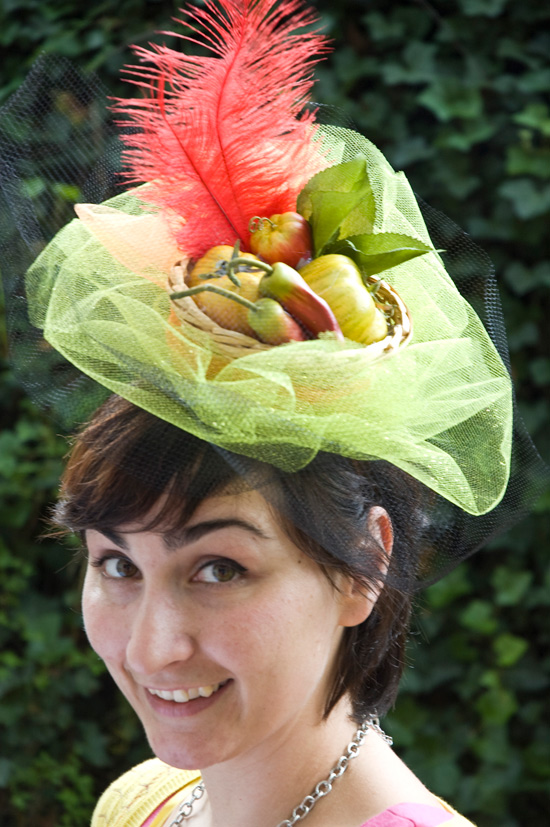 I probably should’ve taken more pictures, but trust me, this is easy. (Making one that doesn’t look ridiculous could be harder, but I think you could apply this basic dumbed-down technique.) Before I glued anything into the basket, I took a piece of thick cotton yarn, pulled it through the bottom of the basket, wrapped it around the headband, and then tied it tight in a double knot on the inside of the basket. That way, once the basket is filled, the knot is hidden. Plus it’s not permanent, which will be nice if I change my mind and want my headband back. 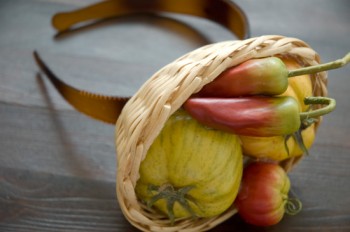 Then I arranged my peppers in the basket, hot glued them down, and started attaching my tulle, also with hot glue. That involved cutting the tulle into 8″ wide strips and gluing it around the bottom of the basket, pinching it into little gathers as I went. I gathered the black netting less, which is why it hangs down more, while the green netting sticks out almost in a flat ruffly circle from the basket. If you want to make a veil, you don’t need to gather the tulle very much at all, but if you want it to stand out like a tutu, gather like crazy! 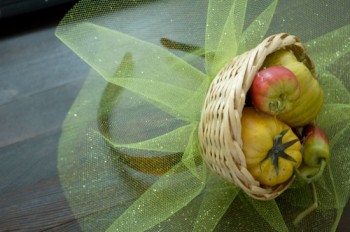 Finally, I jammed two big red feathers down into the basket and put it on my head. Because that is what you do.

As with the straw hat, the most important part is to take your time arranging all the pieces so they’re just so when you’re ready to glue them down. And as for how much to put on it? The notion behind fascinators, as with margaritas and mint juleps, seems to be that as soon as you think you’ve reached the perfect amount, you should go ahead and double it. Then you’ve got a party.

That may not be the correct philosophy for the fascinator you wear to a Roaring 20s-themed wedding, but this is Cintucky der Mayo, a holiday that will probably go down in in the books as one of the tackiest in history. Don’t be timid!

I admit that when I finally laid eyes on my finished fascinator, I was struck with the sudden concern that it might be offensive on some level that I don’t understand. Maybe covering a tiny hat with references to spicy food and Carmen Miranda—who was Brazilian—is insulting to Mexican culture. I really hope it isn’t. For a moment, I also worried that it might be insulting to burlesque dancers and other fascinator enthusiasts. But you know something?

I may have been missing the point.