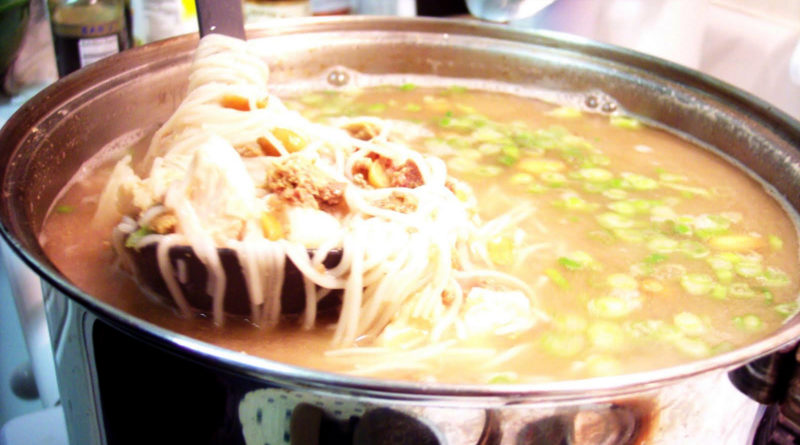 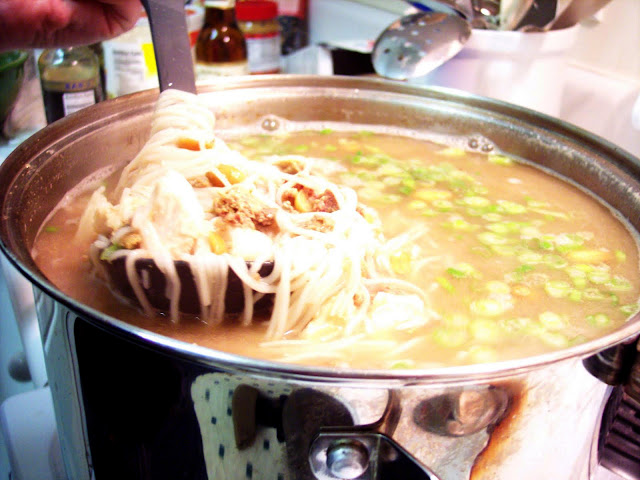 It started with a sandwich.

It was a strange concoction: fried pickles and hard-boiled eggs with mustard, onions and horseradish on cheddar-jalapeno bread. The failure potential was greater than usual, but I figured my odds were okay, because it was the Mark II. John and I tried an earlier version a few weeks before. But that day, I’d made some improvements, and it was time to move this sandwich into beta.

So the four of us — me, Jenny, Zack and Jen, because John was out of town — shuffled around that little kitchen assembling all the items on the list, sat down with our sandwiches and beer, and with almost no warning at all, do you know what those sandwiches did?

Okay. It’s not like I thought they would be terrible, or I wouldn’t have bothered. But I found a unique satisfaction in serving a risky dish and having it succeed. Usually, if I’m having people over, I make sure to cook something that I know is delicious and that I’ve made before. But the conclusion we came to that night, as we munched our oddly-tasty sandwiches, was this: Screw that.

Seriously! Experimenting in the kitchen is fun, but it’s better with good company. So the Experimental Dinner Club was born. No recipes allowed. We counted Fried Pickle Sandwich Mark II as the first round, and the next round, we decided, would go to Zack.

A few weeks later, we reconvened at his apartment to chow down on experimental fancy ramen soup with vegetable tempura on the side.

When we arrived, Zack was already cooking up a storm, and I wanted to help. But I think I might’ve done more harm than good, because my attempt at frying the tempura failed. It almost didn’t. I think there was a point at which it was working perfectly, but I’m not sure exactly when that was.

At first, the breading was slipping off the vegetables and turning to glue in the oil. So we adjusted the heat.

Then the breading was slipping off the vegetables, but getting nice and crispy in the oil. So we added more beer.

Then the breading stayed on the vegetables, but reached optimal crispness while the vegetables were still raw. So we adjusted the heat again.

Then the breading stayed on the vegetables, and the vegetables started to get soft, but the batter-glue from the previous attempts had turned the oil black and the new vegetables overbrowned. Then we ran out of batter.

So we ended up with a lot of flawed vegetables and a few pretty nice ones, but I’m not sure which stage the nice ones came out of. What I learned about tempura that night was that I have no idea how tempura works. None. At all.

Zack had prepared two delicious dips for the veggies, a pesto and a peanut-butter-and-jelly-mousse that sounds, yes, like it would be weird with fried carrots but it wasn’t! It was fantastic. Thinking about it now makes me want to go whip peanut butter together with blackberry jam, because I think that’s what he said he did. But there must have been more to it. I’ll have to get you the recipe.

The soup, which was certainly more successful than the vegetables, consisted of fried chicken livers, chicken breast, vegetables and soba noodles in a clear shiitake broth. It sounds weird, but it was good! I don’t think I’d ever tried chicken livers before, and I found them surprisingly tasty. Maybe it was the breading and frying. Maybe it was the broth. But it was good. And Zack had never made it before, so that’s a ten out of ten for experimentalness. Experimentationalism. Experi… experimentality?

I’m hoping for a Mark II on the soup before I try to get the recipe, because Zack listed some things he’d like to do differently (more seasoning, for instance, and the noodles got soggy in the soup, thanks to the tempura taking forever) and I think it’ll be even better the second time. On the whole, the second Experimental Dinner was a really fun night, with new things to eat and a great “let’s try it and see” attitude. I’m becoming a big fan of Experimental Dinner Club. I wonder what my next non-recipe should be…