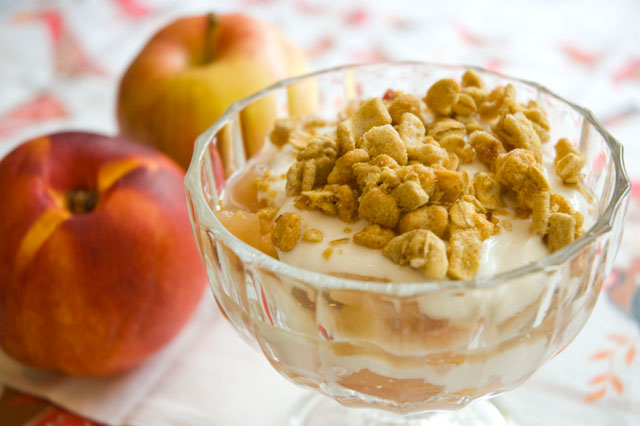 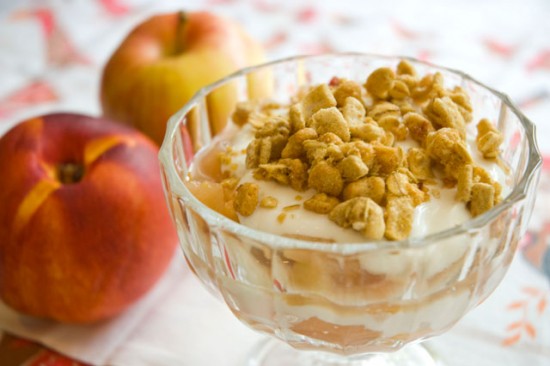 Well, seven if you count lemon juice and a spoonful of sugar, but stop being so pedantic. It’s basically five. It’s like a whole-food dessert, more or less: lightly sweetened apples and nectarines, Greek yogurt with maple syrup mixed in, and some cereal on top. 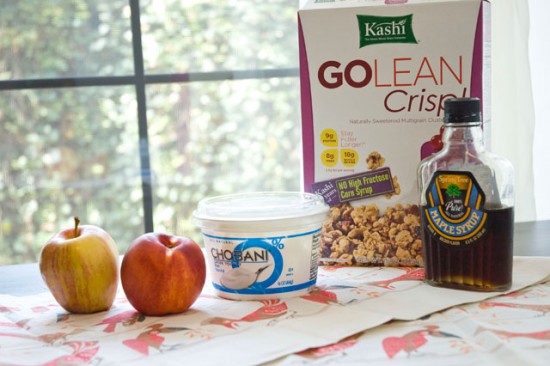 All right, you’ve got me there: once I said “throw cereal on top of it,” it probably stopped being a whole-food dessert, and that’s kind of a cheat when you’re counting ingredients. But it’s too good to leave out. And it isn’t ice cream or snackycakes, so I mean, as desserts go, this one’s more whole than average. (And as breakfasts go, it’s super delicious and make-ahead-easy and you can totally get away with it.) Even with tasty, tasty cereal on top.

The Kitchen Play recipe I started with called not for cereal but for granola, which is simpler and of course wholer, but I love my Kashi cereal with fruit and yogurt so I couldn’t resist the substitution. In fact, I’d venture that any cereal you like enough to keep on hand is the perfect cereal for this dessert. Even plain granola! I’m sure it’s wonderful with plain granola. I’m just not actually sure because I didn’t actually try it. But I’m sure it’s wonderful. 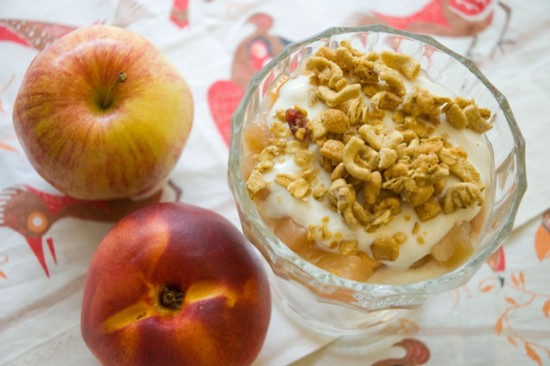 Fun fact: The recipe I started with, apple parfaits with vanilla yogurt and maple syrup, was sponsored by the U.S. Apple Association. I made a few changes to suit this not-quite-summer, not-quite-fall period we’re having right now in Georgia, but I’m sure the apple people won’t mind. I mean, it still has apples in it, just with some added nectarines. They’re not called the U.S. Apple Supremacy Association. 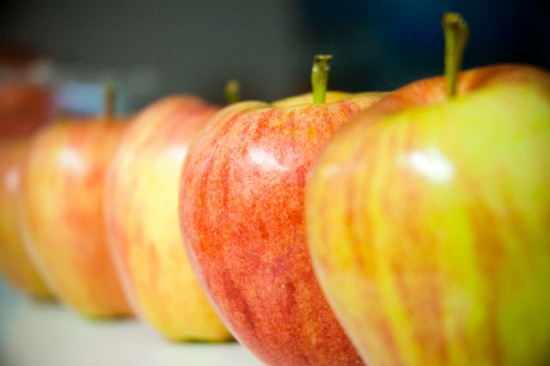 You see, basically, there are two categories of fruit in season at our little corner grocer’s: stone fruits and a million kinds of apples. It’s an overlap that lasts only a couple of weeks, because soon, it’ll be two million kinds of apples and no stone fruit. It’s a sorry shame that stone fruits can’t stick around just a little longer. Because you know what’s lovely together? Yeah, it’s apples and stone fruit. A little tart, a little sweet, a little awesome. It doesn’t yet feel like it’s time for all those warming fall spices, so replacing them with the unmistakable summer sweetness of nectarines is the best way I know to make a comforting cooked apple dessert taste light and fresh and not quite like an apple pie.

A month from now, I’ll be tossing everything out of the pantry—vegetables, vinegar, sandwich bags—while bemoaning the fact that none of it tastes quite like an apple pie. But for now, in September, while the stone fruits are still out, it’s time for a between-seasons snack. 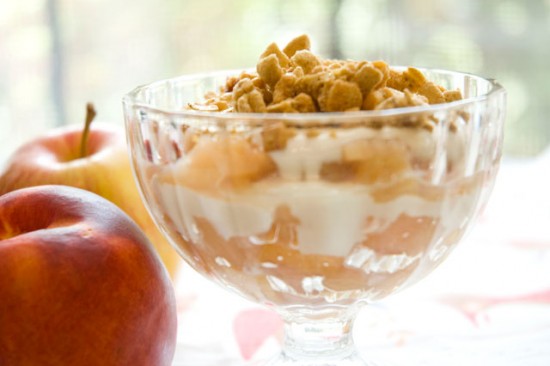