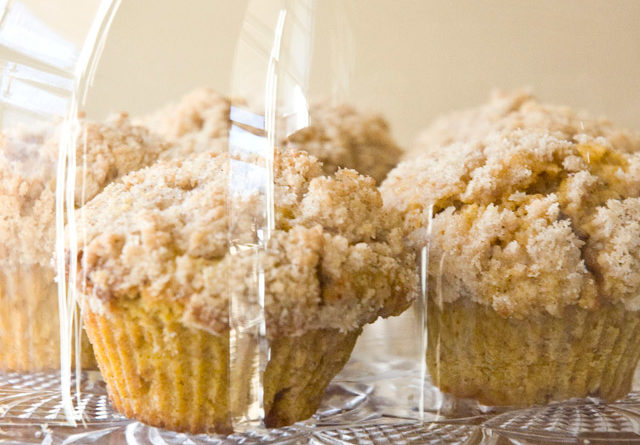 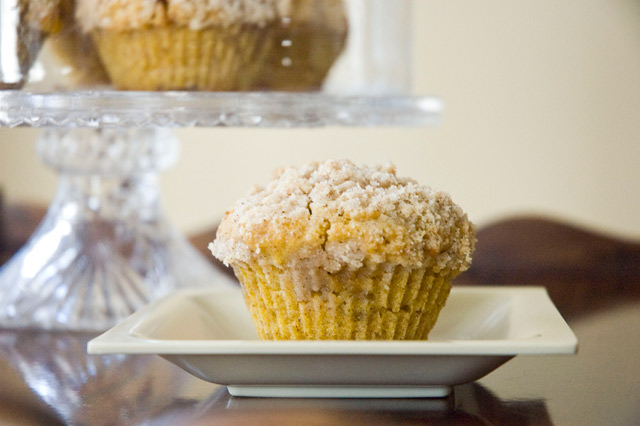 I actually had both pumpkin and sour cream left over, and my heart was set on baking them together. I’d originally planned on a pumpkin sour cream cookie, but when I found silicon muffin cups in my Christmas stocking, all bets were off. You know, I don’t really even know what that expression means. People must do a lot more gambling than I realize because it’s always about stuff I wouldn’t even think to bet on. It’s never, “When that racehorse starts thinking about rabbits, all bets are off.” But maybe I don’t really understand how gambling works, either, because I wouldn’t expect a surprising turn of events to mean that you had to unbet your bets. If someone came along and nullified your bet just because something unexpected happened, wouldn’t you be mad? You’d be like, hey, come on, I had $20 on muffins, pay up you filthy shyster. I don’t know. I’d be pissed. 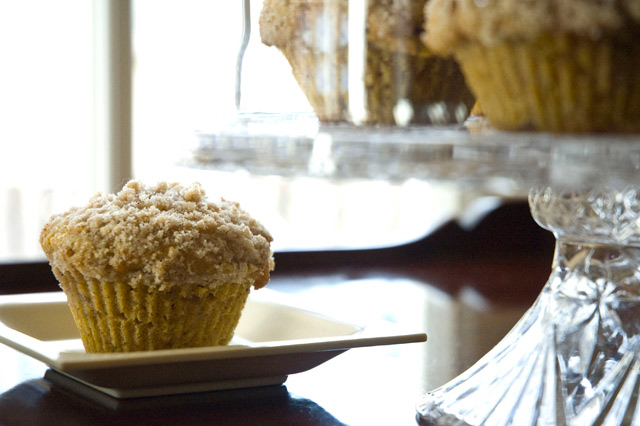 From start to finish, these took me about 40 minutes, which I mostly spent grinding the butter into the streusel topping with the back of a spoon. (There has to be a better way to do that. Does anyone know what it is?) Fresh out of the oven, they were different from typical muffin recipes, because the cake is really quite dense and deeply spiced but still soft and moist and springy, thanks to the sour cream. The pumpkin flavor shines through because the muffin isn’t very sugary, but the crumbly streusel topping adds sweetness and crunch.

These hold up nicely, too—I had one for breakfast each of the next three days. And when they were all gone, I missed them. But now that the time for pumpkin is officially winding down, I’ve decided I’d like to close with these muffins. I’ve still got half a can of pumpkin in the fridge. That’s enough to make one final dozen to round out the season. They’ll be like the muffin version of the musical guest on late night shows. Or Piano Man. 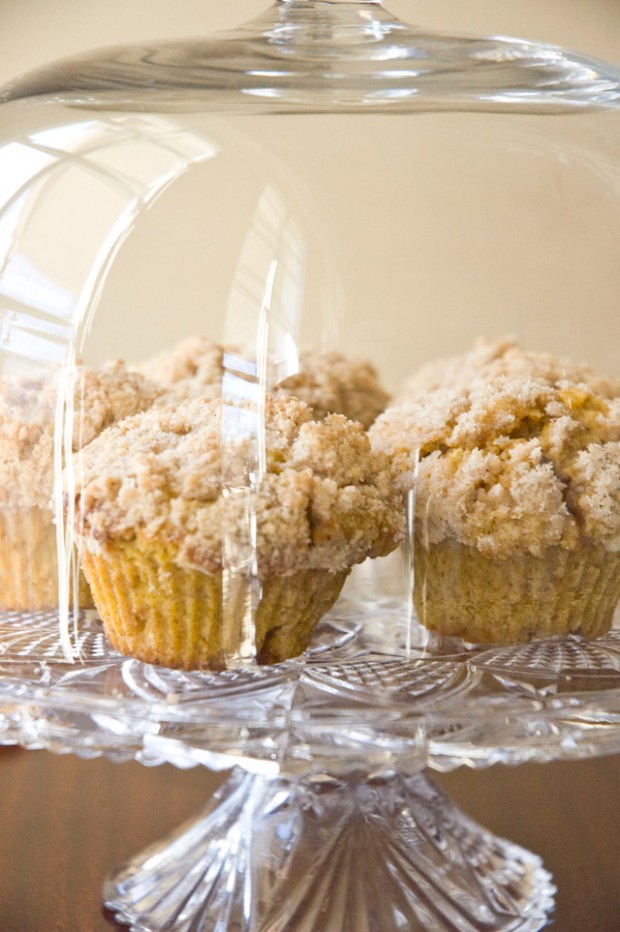 Note: I believe I originally got this recipe from a blog called Baking Sheet, which is now Baking Bites. Only slight modifications have been made.