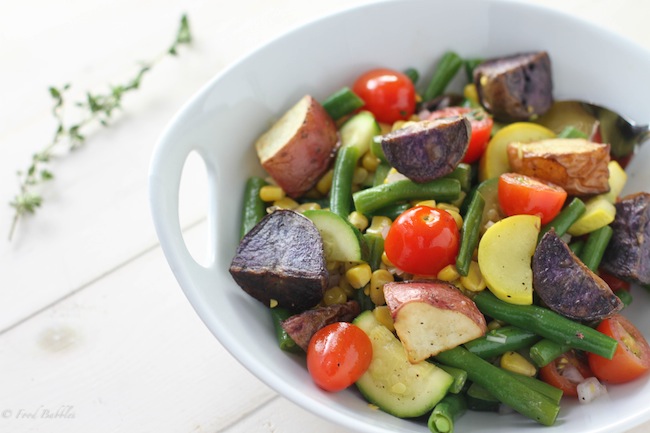 Announcing the Uber Tuber; the Blue-Blood Spud; the Taterchamp of 2013… 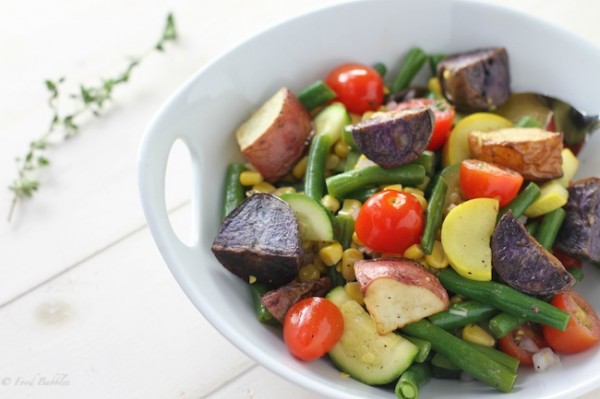 by Kate from Food Babbles

It was a tough scramble to the top for Kate’s Rainbow Salad (recipe), and Kate brought her A-game—or should I say her P-game—to this year’s competition. Faced with seven top-notch competitors, she stiffly beat them all, one round at a time, until Rainbow Roasted Potato Salad stood tall as 2013 Taterchamp.

I definitely felt like the underdog of the group.

“The competition was fierce,” she says, “and when I looked at the other competitors in the beginning I definitely felt like the underdog of the group. I thought my greatest competition was Brandy from Nutmeg Nanny. Loved her colorful hash!”

So how did she pinpoint the perfect potato recipe to capture the hearts and stomachs of America? “The inspiration behind Rainbow Roasted Potato Salad was bright, vibrant veggies and light flavors in celebration of winter’s departure,” she says, landing squarely on the side of Punxatawnee Phil in this year’s national early-spring controversy.

Kate, despite having a young blog and a relatively small Twitter following (954 at the start of Munch Madness, compared to an average among her competitors of 2,856), consistently grabbed all the votes she needed to pull ahead in three rounds of a tight competition. This was no small feat for any blogger facing seven other widely-read recipistas. Humbly, she hands the credit over to the fans. “My strategy was just to rally my troops and enlist the support of my loyal followers. Without their help and support, I never could have pulled this off.”

I hope Kate takes the time to savor this hard-won victory and has a chance to celebrate with her perennial fans, who have proven themselves exceptional, as well as her many new and well-deserved followers.

Congratulations also to our runner up, Milissa from Miss in the Kitchen, and her Salt Crusted Mini Medley Potato Bites with Skinny Come Back Sauce. The polls were brutally competitive, and Milissa came close, but of course Munch Madness is no cakewalk. In the end Milissa’s little spuds were mashed under the delicious weight of the competition. and so it was for seven of our eight valiant competitors, all of whom put up a spectacular fight from beginning to end, and all of whom go home fries winners in my book.

I’d like to thank all the bloggers, all the voters, and all the submitters of brackets for making this competition super fun. Thanks also to Casey from Kitchen PLAY for her invaluable role in putting this competition together, and to the U.S. Potato Board/Potato Goodness for sponsoring all of our tater-talented competitors. 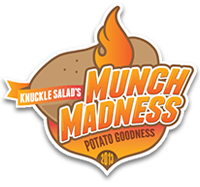 Out of all our bracket submissions, only two scored a whopping 15 points by the end of the competition—and only one of them can win the final $50 bracket prize! Our winners:

I’ve decided to give Random.org a break on this one and flip a coin instead. Heads it’s March, tails it’s Jenn. Heads! Congratulations, Marge Donahue! You’re our Round Three bracket winner! If this were an office pool, you’d be strutting proud around the water cooler, so wherever you are, we hope you’re doing that anyway. Look out for an email from us inviting you to claim your prize.

There’s a final $50 prize to be given away to one lucky voter, drawn randomly from all the votes collected throughout Munch Madness. That prize will be drawn in the next few days and the winner will be notified, but whoever you are, congratulations in advance!

Once again, thanks to everyone who followed along, voted, played the game, made a recipe, organized, sponsored and helped with Munch Madness. You guys are awesome. See you next March!