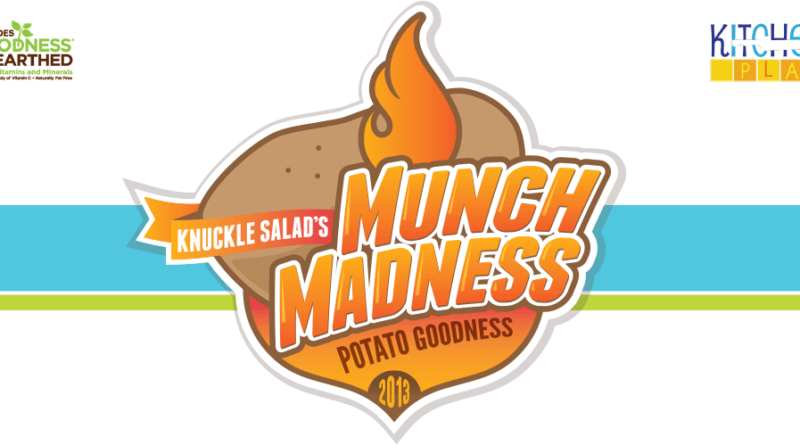 After an exciting tiebreak event, it’s finally time to announce your 2013 Munch Madness Finalists. The competition was tough—so tough, we had to extend the voting because you guys kept tying the score—but in the end, just two yummy potato recipes emerge victorious.

Six recipes have so far been eliminated, all of which should be very proud of themselves (not to mention the bloggers that submitted them). The final two recipes now stand against each other for five days as your votes are collected to determine the 2013 Taterchamp.

Oh, and brackets! Who has the highest-scoring bracket at the end of Round Two? It’s a three-way tie, with nine points each:

You know the rules, guys, one $50 prize winner per round, and according to random.org, that winner is #2, Jenn Tidwell! Congratulations, Jenn! Keep an eye out for an email from us so you can claim your prize.

Since a correct pick for Taterchamp is worth a whopping 6 points, many of you can still win, even if you didn’t have a highest-scoring bracket in the second round.

And as always, the best way to take control of your bracket-destiny is to vote. Which recipe will prove the ultimate devastator, leaving the other taters in the dust? Vote your hearts out and tune in on the 27th for the results.