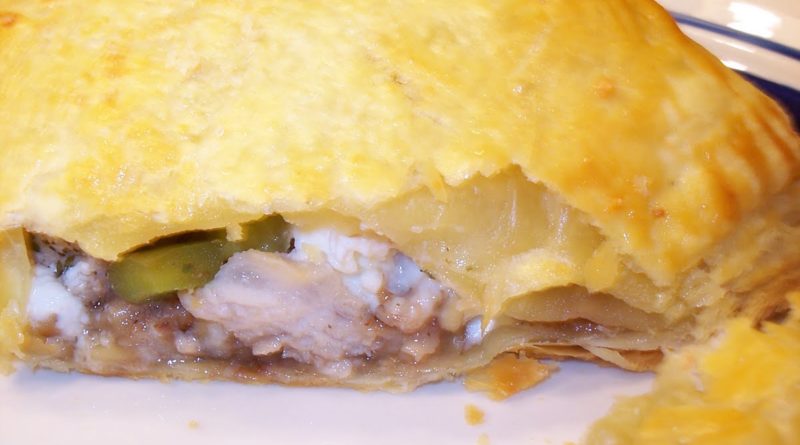 Sounds gross, doesn’t it? Yeah, well I’ve got news for you: it looks even worse than it sounds. 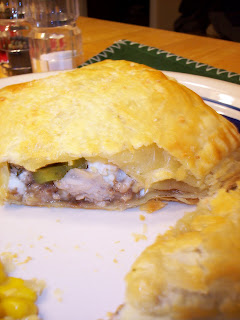 It tastes terrific, though. I don’t mean to sound surprised, but since I made it out of what I had in the house at the end of an extra long day — leftover puff pastry, frozen pork, crushed nuts, honey, and goat cheese. It could have been a massive failure, but it wasn’t! So here’s what I made out of it, and let me tell you something: I will make it again.

I will make it again even after my mom reads this and gives me an estimate of the fat content.