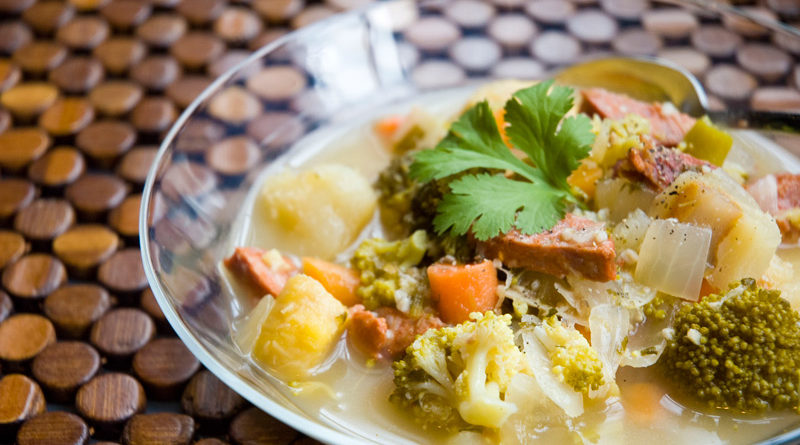 I’ve got this great soup recipe to show you. It came from a local woodfire restaurant called Fuego Mundo. I’d been there a few times before, since it’s a five-minute walk from my apartment, but I didn’t know until recently that the menu is mostly gluten free and full of veggie/vegan options. (I didn’t have any reason to know, so I’m not ashamed or anything. I’m just documenting my ignorance.) Apparently, I’m not the only one who didn’t know: in a bid to get the word out, the owners invited the Atlanta Food Bloggers’ Alliance down for an afternoon of tasting, and had us decide as a group what to include in the ideal Fuego Mundo gluten free meal.

I had come from a morning of shoe shopping with my mom, so my already-good day barreled forward into a fun afternoon with my fellow bloggers. Fuego Mundo’s owner Masha and marketing guru/host Patricia treated us very nicely, sharing the background of the restaurant and menu while we all sampled their red and white sangrias, plantain chips, and tons of oak-fired meats and healthy sides. We ate and ate and ate and ate and then we had dessert. 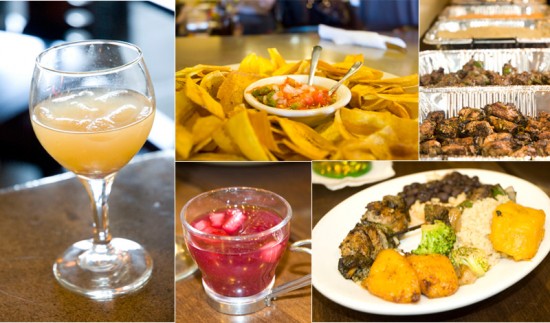 The group put it to a vote and decided what meal combination we’d put our AFBA Seal of Excellence on: the red sangria, yucca fries, skirt steak, and black beans and quinoa with baked plantains or black beans and yellow rice with fried plantains (there was a tie). Oh, plus lovely flan for dessert. So say we all.

I do want to mention that there’s a vegetable stir fry side option with broccoli and onions over quinoa which I loved and very highly recommend, and if it came with plantains, it would be my hands-down winner. No question. But a girl has got to have her plantains. So if I were you I’d get the veggie lover’s side option and then also order a whole bunch of baked plantains to go with it, but since I am me, I will instead order some very reasonable and dainty amount of food—or at least that’s what I’m going to say on the Internet.

Fuego Mundo gave me Masha’s recipe for Latin vegetable soup on my way out, as if a full belly wasn’t enough. I read the recipe in the car after I left Fuego Mundo and it was intriguing, so I bought the ingredients on the way home. While some friends watched the Super Bowl upstairs, I made a big pot of soup, and after all was said and done, I’m pretty sure I ended up with the better bowl. 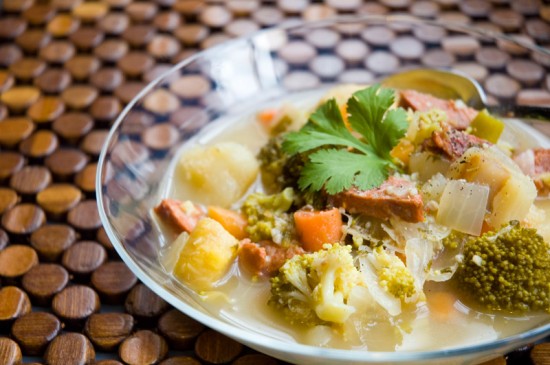 Notes: Everything that simply says “chop” or “cut” should be made into bite-size, soup-appropriate pieces. I notated the recipe in the places where I felt like I, ever the novice at interesting ingredients like yucca, needed a little extra guidance. Also, I added chorizo to the recipe, which was a little bit insolent of me but it seemed like it would  complement the recipe terribly well and I have to be honest: it did. Sure, it flies in the face of everything a good vegetable soup stands for, but as long as you’re still eating vegetables, I don’t see much of a problem. The soup is lovely with or without the addition.
[recipe]