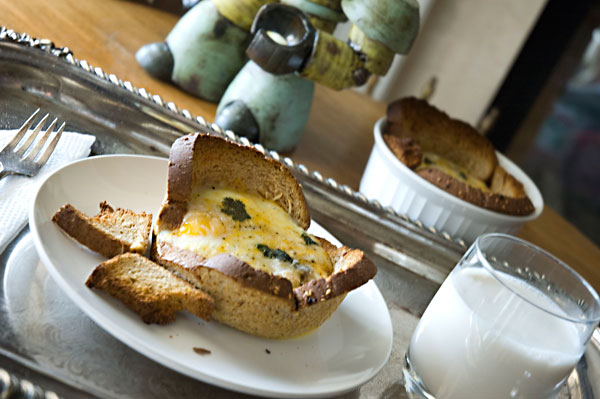 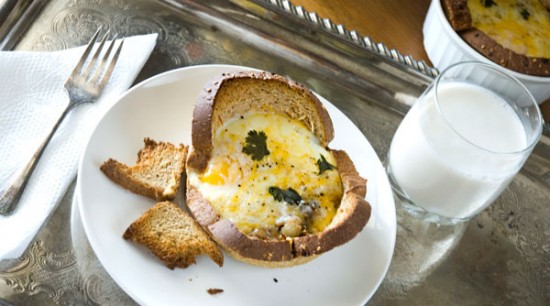 We’re moving! We’ll talk about the baked eggs in a minute. Hold your horses. I have news.

We’ve just signed for our first ITP apartment and we move in at the end of the month. In Atlanta, ITP stands for “inside the perimeter,” the perimeter being represented by the border that the I-285 bypass creates. It’s how Atlantans determine whether something is near or far. Sometimes, people who are located, say, five miles inside the perimeter will travel 10 miles across town rather than drive half the distance to an OTP location, because the thing across town is ITP and is therefore closer and easier to get to.

That is the bitter (and somewhat exaggerated) explanation I’ve been citing these last three and a half years, every time one of our cool intown-located friends declined to come over and play, although probably they just didn’t feel like it and that’s fine. We don’t need them. We can play with oursel…

We just don’t need them. 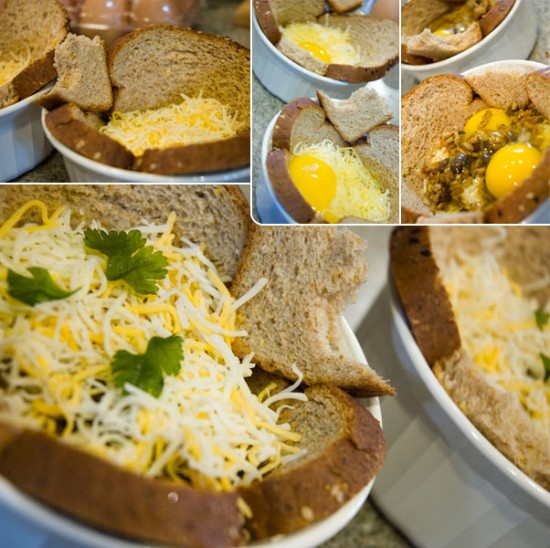 Except we do need them—we like them—and we plan to invite more of them over in the near future.

Of course, we’re just barely going to be ITP. We’re practically going to be living in the middle of the highway, and that’s how I like it. Proximity to the highway will cut a good 15 minutes off trips to virtually anywhere in the city, which automatically gives me an extra half hour of free time per workday based on my commute alone. With all that extra time, we won’t have such a desperate need for quick, simple meals like baked eggs in toast baskets.

But we will still eat them, because we like them a whole lot. So I’ll come up with something else to spend 30 minutes on. Maybe I’ll finally learn the harmonica. 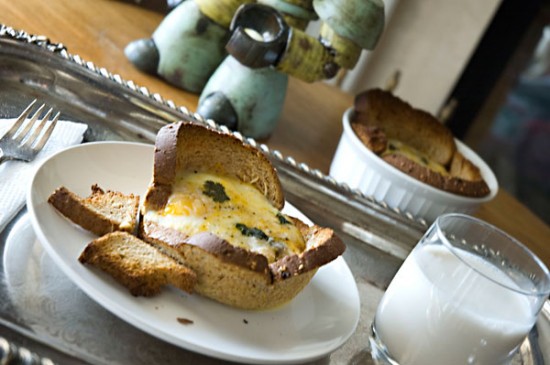 Baked eggs in toast baskets has rapidly become a regular meal in our house. Two months ago, I had no idea what baked eggs were. I asked the universe and Lynn E., an Atlanta blogger/entrepreneur I know (who, based on her coolness, probably never travels beyond the perimeter), answered. Heartened, I gave it a shot.

Lynn’s recipe was perfect and creamy and delicious, but I definitely burned myself a little while trying to figure out how to get the bowls out of the hot, hot water bath. The next time I made some, I was braver, having already done it once, and managed to topple the entire roasting pan full of boiling water off the front of the stove and splash it all over me. So the third time, I thought I’d better try it without the water.

I lined the bowls with bread, thinking it might help insulate the eggs, and stuck them on the oven rack. Lo! the bread toasted nicely and everything stayed together, and the eggs cooked fine and nobody got hurt. So this is how we make this now. Call it a safety version for clumsy idiots like me.

If there are leftovers in the fridge, I put those in after I add the eggs and so far that’s been great because usually our leftovers are egg-friendly, like burritos and roast chicken. I bet you can put anything at all in there. My friend Njicki’s husband Mike has been known to put crazy things like pickles and leftover spaghetti in his omelets and although yes, I do make a face when I think of eggs with pickles in them, I am fully in support of the principle.

Now—hey! Who’s that over there by those baked eggs? Is that you, Digor? 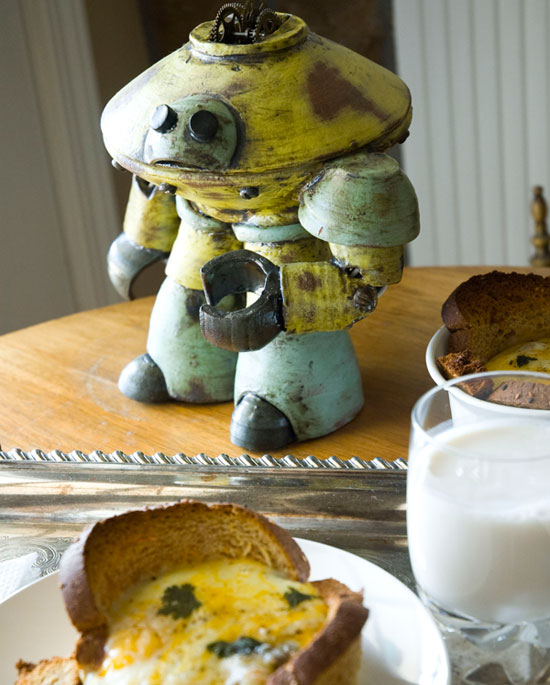 Digor is an amazing ceramic (yes! ceramic!) robot by our very talented sculptor-friend Mike (different Mike, not pickle-in-his-eggs Mike, who probably won’t appreciate it if that nickname catches on) Klapthor, who is also one of my co-Magic-Is-Science-artists. His website has more pictures of his work, and it is all good.

Digor’s art-name is D6, but he looks so very like a hunchbacked lab assistant that he earned a nickname of his own. We love him. Jenny gave him to John and me for Christmas because we both so admired Mike’s “ropot” series when we saw the other five pieces in last fall’s group show, and Digor was the final never-before-seen addition. I think he’s looking forward to moving ITP just as much as we are. The mantel there is deeper and will probably feel safer to stand on. But Digor never complains. In fact, he would like to bring you some more milk, if you will allow him please sir.
[recipe]

Baked Eggs in a Toast Basket

Notes: Although the recipe originally called for cream, I no longer add any. We don’t miss it, and it knocks a handful of fat calories off the tally. Plus, it means we can have it anytime, because we typically keep the rest of the ingredients on hand.