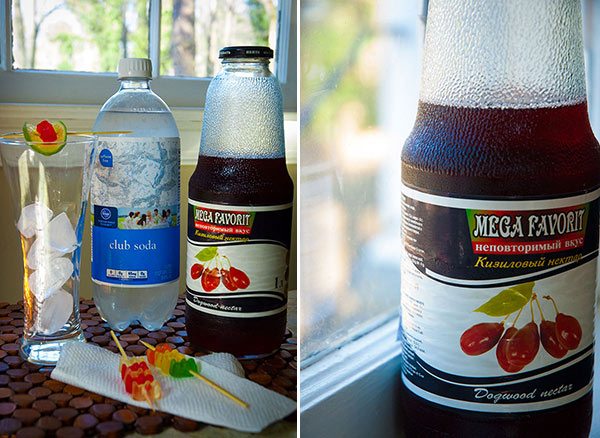 Hey, gang! Long story short, this post about virgin spritzers will kick off a springtime series on creative approaches to the nonalcoholic beverage. Because, to get straight to the point, this is me right now and I’ve had it with lame ice water at parties: 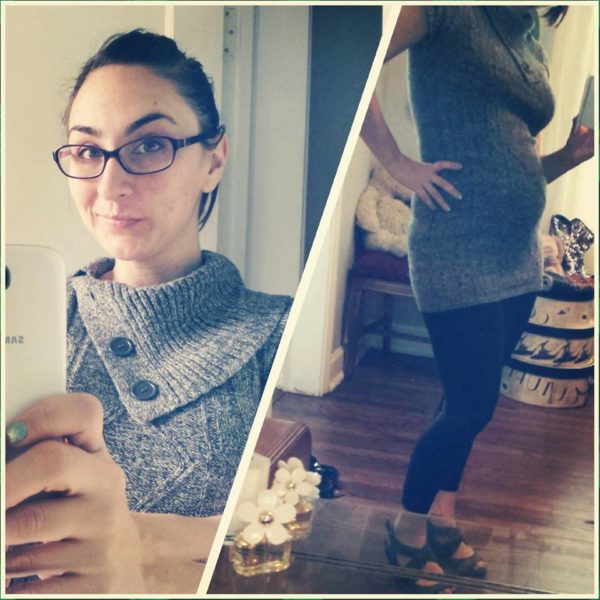 I probably wouldn’t bother with a whole series if this were a niche interest, but it’s not just the knocked up that need tasty inspiration for not-unhealthy booze-free potables. It’s also children, for instance, and recovering alcoholics; it’s the alcohol intolerant and people who simply don’t care for the taste; it’s even notorious boozehounds, when they’re on antibiotics or painkillers. And sometimes, it’s just morning.

Of course, not every post on Knuckle Salad will be about drinks. We’ll still play with crafts and food, as usual. But in between, we’ll pump up our virgin vocabulary by exploring various drink classifications, trying out recipes and garnish ideas for at-home mixology, and learning to order booze-free at bars without getting that deflated feeling. We’ll cover one category at a time:

That’s our list, neatly ordered from one to eight. But this is Knuckle Salad, where nobody gets to boss us around, not even a bunch of numbers. Which is why we’re starting with…

The traditional spritzer is a simple fizzy cocktail of two parts chilled white wine to one part club soda.

Sure, you can jazz it up by using a different kind of soda, or a red or flavored wine. But the basic formula is 2w + f = S, where w is wine, f is fizz and S is kind of a boring drink. Once you de-booze it by omitting the w, it’s even duller, because S – 2w = f. Just f, all alone, fizzing itself. That sucks.

But we can save it! Or at the very least, we can fudge the formula. If we substitute fruit juice for w instead of wine, what we’ve really done is taken juice (which, for some of us, might be too sweet on its own) and made it a little more refreshing and special (refrecial? no? ok, no). Plus, it has color and bubbles and it looks pretty. We can mix it in a fancy glass with a little garnish and join the party in style. 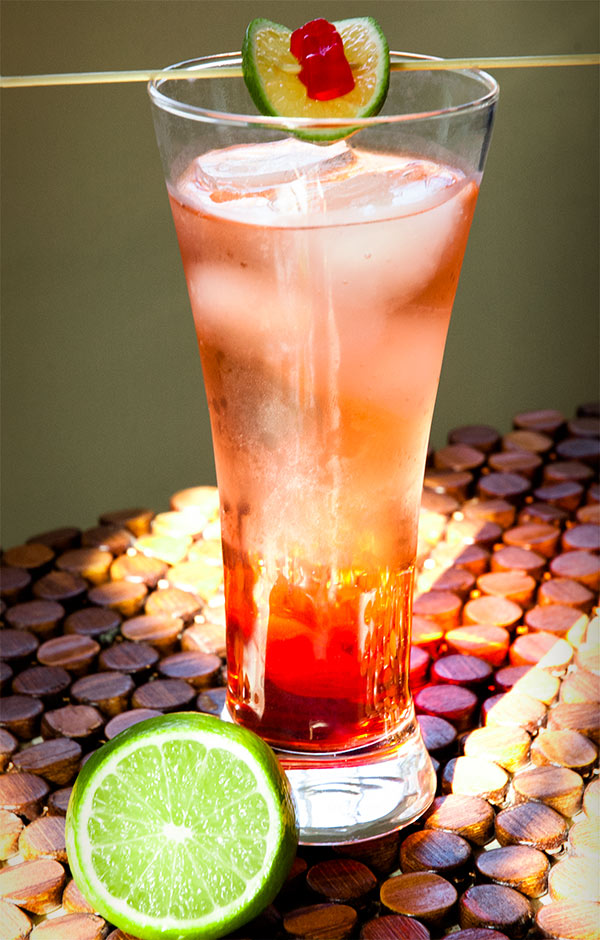 This, for instance, is a dogwood spritzer. It’s two parts club soda and one part dogwood nectar, which is ultra sweet (nectars include juice, sure, so we treat them like juice, but they qualify more as a sweetened soft drink).

See how I adjusted the formula to include more soda than juice? Proportions are extremely negotiable. Taste your spritzer to find the best balance.

By the way, I found the dogwood nectar in the Eastern Europe section of our international farmers market. It’s a fun place to find interesting fruit-based beverages for a wide range of adventurous cocktails, although regular old pomegranate or white grape juice makes for an equally fine spritzer. The sky, or indeed the ceiling if it makes you more comfortable, is the limit.

Garnish Idea of the Moment

To spruce up your spritzer, pour it over ice and garnish it with a little skewer of something charming, like fresh berries or grapes or gummy bears. Or skewer a slice of lime along with a single gummy bear to make a cradle. Cute! Just avoid dropping gummy bears directly into the beverage, unless you like the way they bloat.

Instead, ask for the juice you want, and soda. Soda will get you club soda, but there’s also “and seltzer,” “and ginger ale,” “and Sprite,” etc. If you prefer more fizz and less juice, order it in reverse—club soda with a splash of cranberry, for instance.

Juice-wise, most any bar will stock cranberry juice and OJ at the very least, but if you’re unimpressed with the juice selection and it’s a quiet night, you can ask the bartender for insider info. Maybe they’ve got a nice apple-grape blend back there. Or peach puree. As long as the bar isn’t slammed, it doesn’t hurt to see if they’ll offer up something tasty. Just be ready with a simple backup order in case you start to give the bartender the Harry Caray vibe.

Oh, and whatever your order, be sure to tack on “with a lime.” A lime is the “it” accessory for grown-up drinks, so it’ll help you feel, you know, a little less uncool. It’ll also be your best defense against the ever-grating phrase, “Why aren’t you drinking?!” which is especially helpful if you’re trying keep your new booze-free lifestyle under the radar. Nobody doubts the alcoholic content of a drink with a lime, so you’re less likely to be outed as long as you’ve got one.

Finally, if you are keeping it on the DL, make sure you’ve got a little cocktail stirrer and not a whole big drinking straw lolling out of your glass. Unless everybody has a big drinking straw. Then it’s the perfect prop, because after a couple drinks you can accidentally toss it to the floor, just like you would if you were tipsy. Rather, just like I would if I were tipsy, I guess. You are probably the very picture of grace and straw control.