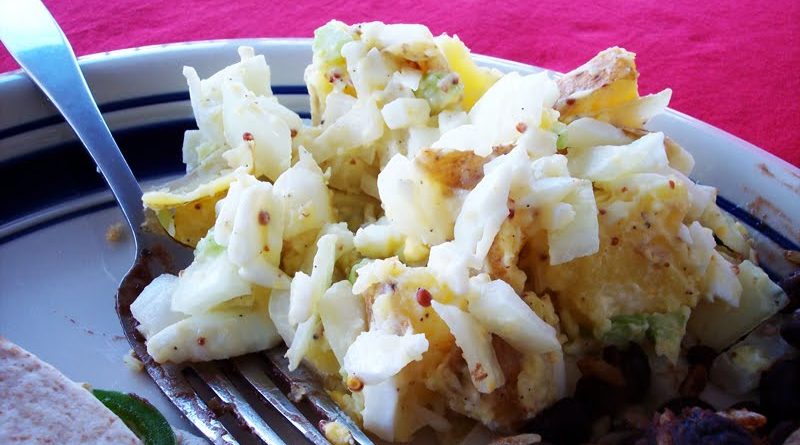 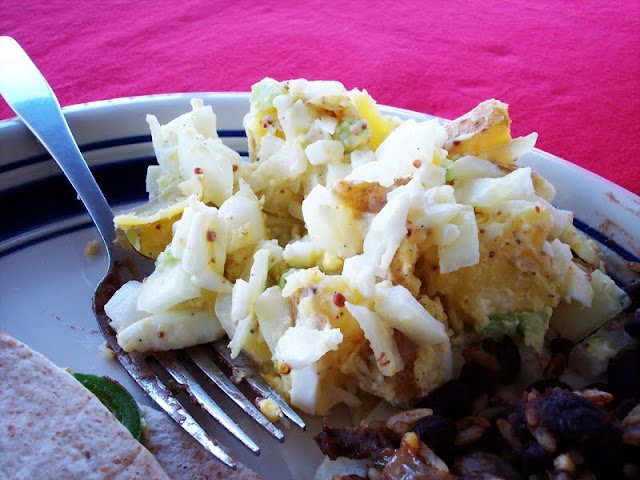 If you ask me, potato salad, in all its various styles, is one of mankind’s crowning achievements. John, on the other hand, doesn’t like it at all. And, I mean, that’s okay. He doesn’t have to like everything I like. He has rights. This is one of them.But for some reason I just cannot seem to leave him alone.

So instead of letting John enjoy his carrots and potato chips in peace, I set about interrogating him about what his problem with potato salad was, what potato salad ever did to him, and how he thought he could do it any better. The issue? Texture. The potatoes are too mushy, the mayonnaise is too squooshy, and on the whole it’s just something he can live without.

I immediately ran home and made a potato salad with 100% more onion and 50% less mayo, with a little extra egg and celery thrown in. Making it reminded me that although potato salad tends to mean potatoes swimming in mayo, it really can be anything. Potatoes and something. Some kind of salad. And I am definitely not being cocky when I say that this new potato salad is in many ways more salady than its traditional  counterpart. At least, in the way I think of salad it is, but maybe it’s less salady in the 1950s-America sense of the word — the one that usually involves jello.
Anyway, I ended up with something crunchy and oniony and just mayonnaisey enough, with all the potato salad tastiness of which I’ve grown so fond. And it’s completely squish-free. Even John likes it! 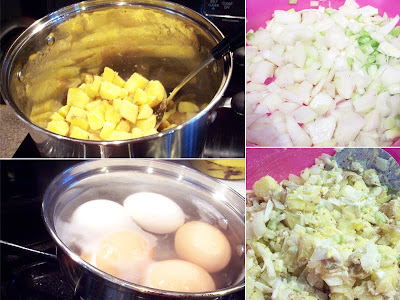