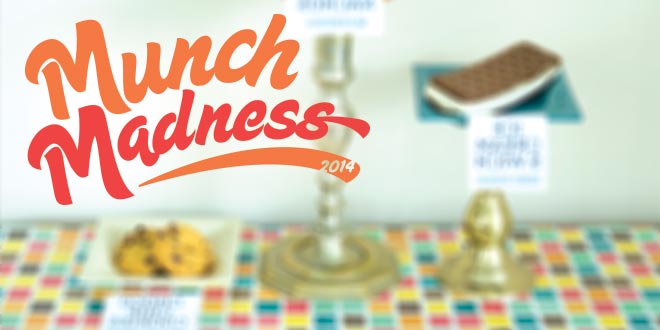 Welcome to Munch Madness 2014! This year’s tournament of chompions (eh? eh?) is all about weird-ass food combinations.

That means different things to different people. To some, it means pineapple pizza, or dipping French fries in your Wendy’s Frosty. But as we’ve learned from the submissions we’ve received over the past couple of weeks, it means way weirder stuff to you guys. And you swear by each and every one of the wacky combinations you’ve sent us.

Whether or not you managed to get an entry in, you’ve still got a chance to participate, play along and win a prize. Over the next month we will determine, through a fun and convoluted method of tournament-style elimination, which of your don’t-knock-it-till-you-try-it favorites is best. We’ll do that through partly through audience voting, and partly through scoring by a delightful panel of pre-selected judges and judging teams, who will guide you through the nuances of each of the top 16 combinations. At the end, there will be prizes. And throughout the competition, there will be amazing discoveries of who’d-have-thought culinary delights! 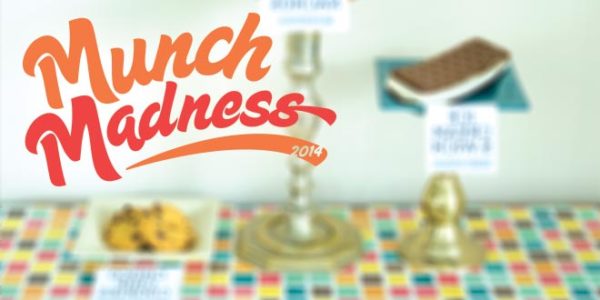 During the month of February, we had an open call for contributions for Weirdest Favorite Food Combination. Below you’ll find a list of eligible entries, in no particular order, for your enjoyment. Of these, our esteemed judges will evaluate only 16, so it’s up to you to choose which 16 those will be. Look over the list, select the items that sound interesting to you (by your own criteria, be that creativity, curiosity, originality, or just apparent tastiness), and click “Vote!” On March 5th, the 16 items that have received the most votes will be seeded in this year’s bracket, and the eight resulting match-ups will be divvied amongst our judges for taste-testing and scoring over the next couple of weeks.

Judging begins March 10th. From the 5th to the 9th, you’ll be invited to fill out a bracket online with your predictions for the final outcome of the tournament. You’ll get a copy of your bracket, and everyone’s choices will be saved and scored at the end of the competition. The highest-scoring bracket (maybe yours!) will win a prize.

After the judges have shared their experience with each of the Sweet 16 and narrowed the field down to an Elite 8 combinations, you’ll vote the Elite 8 down to a Final Four, the Final Four down to two finalists, and the two finalists down to one Weird Food Combo of the Year!

The champion will be announced on March 31st. The winning bracket will win a prize, and so will the person who contributed the winning combination. What are the prizes? That’s still being decided. Prizes will be announced when bracket submissions open on March 5th, so stay tuned…and meanwhile, choose your favorite weird combos from this list: