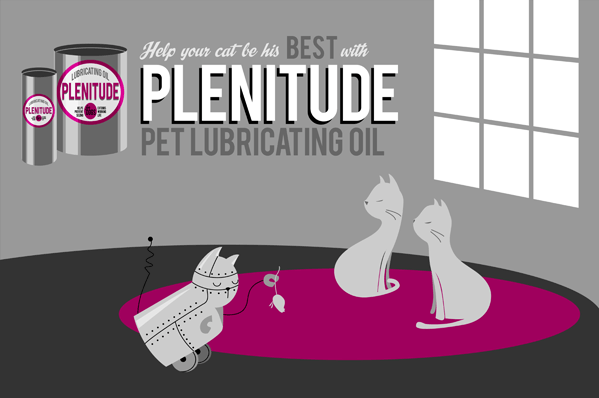 Hello, everyone! As we head into December, I find myself in a turkey-induced haze, too content and groggy to write you anything properly useful just yet. I have a few delicious things up my sleeve for the coming weeks, in plenty of time for Christmas gifting and showing off, but for today, I’m just stopping in to let you know this blog wasn’t devoured by zombies or aggressive mold or anything. 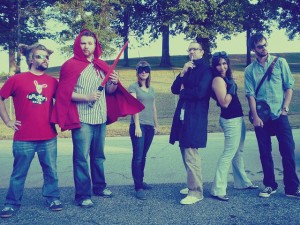 In addition to the usual full time job and jewelry business on the side, one of the things that’s kept me so busy for the past few weeks was the new Magic Is Science art collective, which had its first (wildly successful) show in two parts during November. I wasn’t able to post the finished illustrations online until we’d finished the opening parties, but now I can share. Or show off. Maybe both? It’ll only take a minute.

The new work for this show was a series of three illustrations. They’re my projection of the exciting future, as centered around the effects of tremendously convenient technological advances upon little animals. The first one, “Plenitude” (above) is about the day when cats are replaced by machines. I’m not sure how cats are going to feel about it. (The product name alludes to “Doctor Who” and the Sisters of Plenitude, an intelligent future race of cat people devoted to the service of ailing humans.)

The second piece, “Quagaar,” addresses scavengers, and how they’d be totally out of luck if we had our way because to us they’re just a messy nuisance. The title alludes to the TV show “Red Dwarf,” specifically an episode entitled “Waiting for God,” where Rimmer thinks he’s found a relic of an advanced civilization but it turns out to be a garbage pod jettisoned by his own ship.

Then there’s “Arium.” As much as everyone values pets for their usefulness, most of us would prefer to do away with the possibility of ever smelling them or picking up the shredded newspaper they’ve chucked to the floor. So we’re probably a lot closer to the Arium Hermetic Enclosure than we think.

For what it’s worth, The Hitch-Hiker’s Guide to the Galaxy tells of the Great Circling Poets of Arium, the original inhabitants of Golgafrincham (and ancestors of the human race). The first part of their songs tell of how five princes with four horses from the City of Vassilian travel widely in distant lands, and the latter—and longer—part of the songs is about which of them is going to walk back.

So! We’re planning another show in the spring, but this one can be viewed at least through December 3 at Sycamore Place Gallery in Decatur, GA. And I can be viewed on the couch until at least 10 p.m., talking myself into a nice slice of pie. Next week, it’s back to work, but for now I hope everyone is as thankful for this little holiday break as I am. Happy Thanksgivingtime! Or, as it’s known in other parts of the world, November.