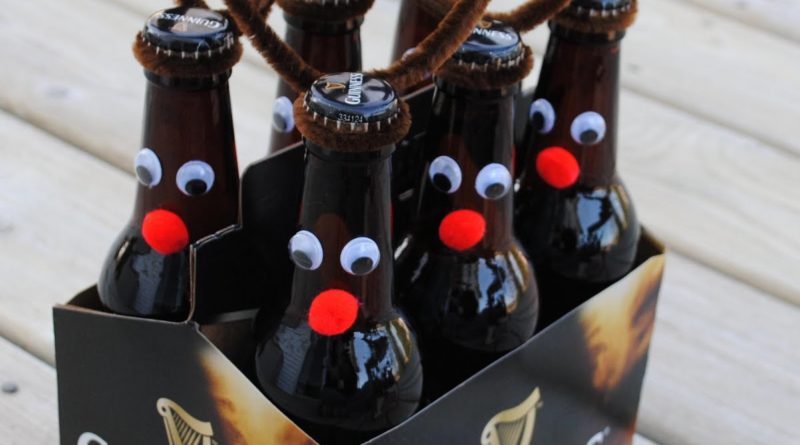 Here is a list of the things I still believe—however delusional it may sound—that I still have a chance to do before Christmastime is over. 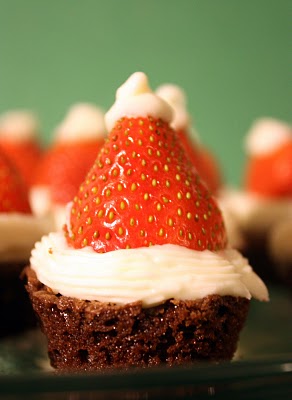 Two years ago, Erica of Erica’s Sweet Tooth put two dollops of frosting and a strawberry on top of a brownie and changed my life forever. I, too, want to put a tiny santa hat on something while there’s still time. I’m too busy to make brownies, so maybe I’ll stack two scoops of ice cream on top of each other, jam a pretzel stick into each side, make it wear a strawberry hat and call it a festive snowman. Maybe it works, maybe it doesn’t, but either way I get ice cream. To be honest, this is the basis on which most of my life decisions are made. 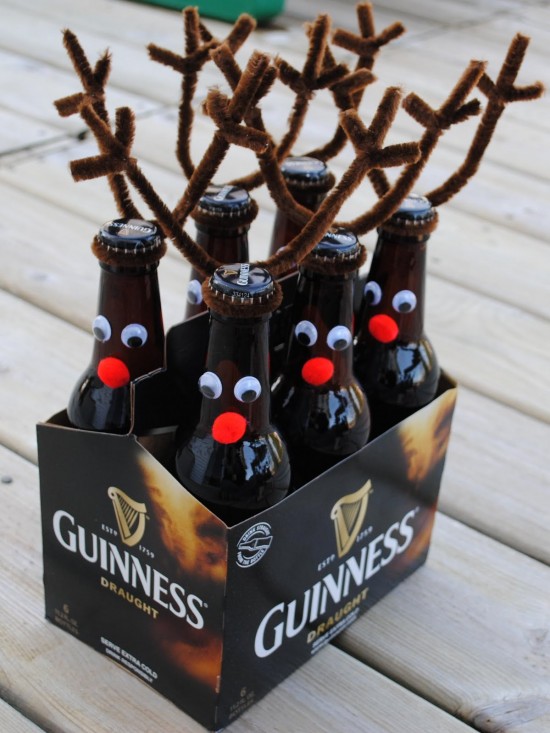 I want to make regular beer into six tiny reinbeer like Modern Mom did. Because why the hell not, you guys? It’ll take ten minutes and everyone will smile at how silly it is. Plus it guarantees that there will definitely be beer at Christmas. 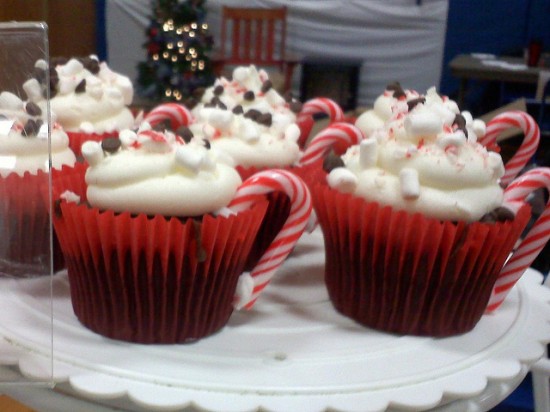 I don’t want to be a liar: Yes, the more involved a project is, the less likely I am to get it done between now and the day after tomorrow so no, there isn’t a great chance that I’m going to get to make Julie Coffman’s adorable hot cocoa cupcakes. BUT LOOK AT THEM. Obviously I’m going to want to make them, regardless of whether it’s likely to happen. And sometimes, just wanting to do something is enough to make you tired of baking. So it’s kind of like I have an excuse. 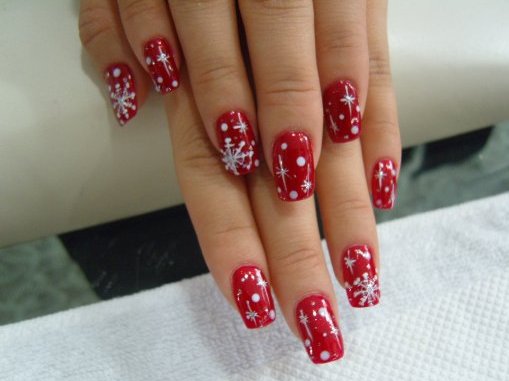 It doesn’t look easy, but I think I could do it. On my left hand. Right hand, I have no idea.

5. Totally obliterate something with glitter. 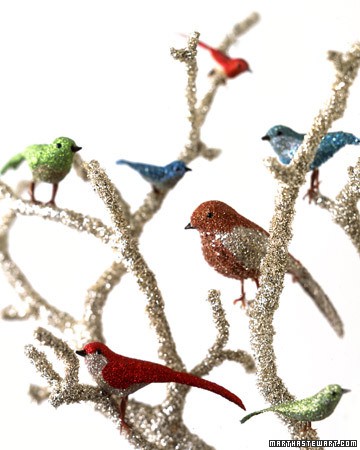 John doesn’t abide glitter. I understand why. But that doesn’t mean that deep down, I wouldn’t love to grab a bunch of stuff and destroy it with a good sparkling. It’s sort of like the holiday spirit lives in glitter, you know? Maybe glitter is an instrument of the holiday spirit, and once it covers a thing in its festive-yet-insidious cloak of twinkle, it’s somehow able to leech life energy from that thing and use it to imbue the environment with a supernatural level of Christmassiness. It’s evil and awesome, like Darth Vader apparently (as John explained the other night in Target).

6. Make my own damn fudge-covered Oreos. 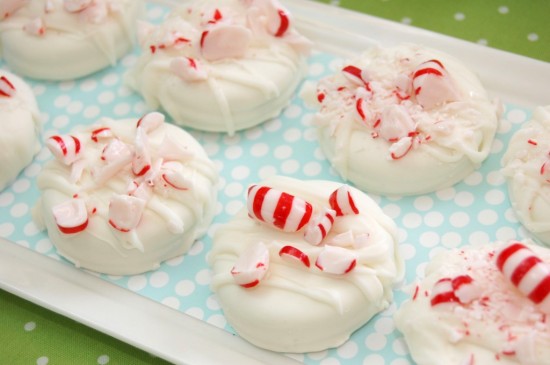 The stores by us didn’t put any out this year. What the hell is up with that? Fine. WE’LL DO IT LIVE. 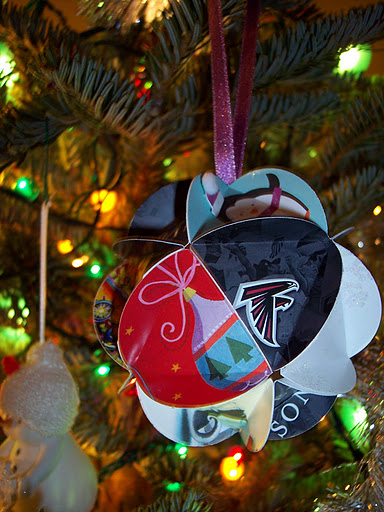 Although I never get around to sending out Christmas cards myself, I love the cards that other people send to us. I will save this year’s cards in the form of a second Christmas card ornament, just like the one I made last year, and with any luck, I will have it on the tree before the holiday passes. But since the tree will probably stay up a couple of weeks after Christmas (that’s another thing I never get around to), it’s no big deal if I slip this one in a little late. 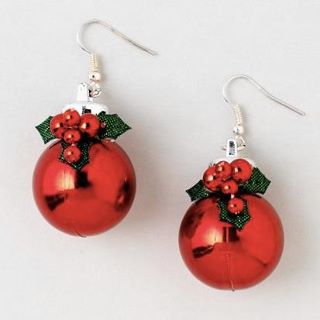 I have ear wires and I have tiny Christmas tree ornaments, so there’s really no excuse for not making these. And this year, for some reason (maybe some kind of mineral deficiency?), I’ve had a sudden attraction to the cheesy, terrible side of dressing up for Christmas. I’ve been wearing a ring with jingle bells on it. And I bought a hideous Christmas sweater and transformed it into a hideous Christmas cardigan and then I wore it in public. Around people I know. I kind of want to take all of this back now and tell you I was only joking, but it’s true.

9. Put out some clever luminaria. 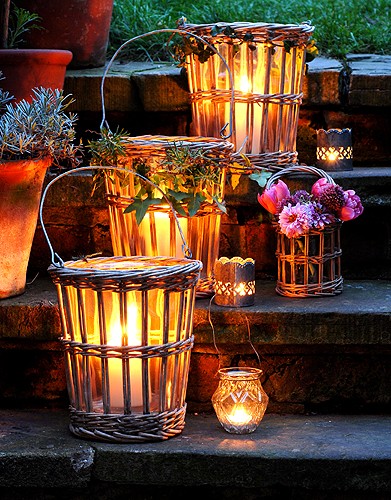 So easy to do, but also so easy to put off. I would love to set some of these out in front of our apartment. They’re just so warm and inviting and patently hazardous. 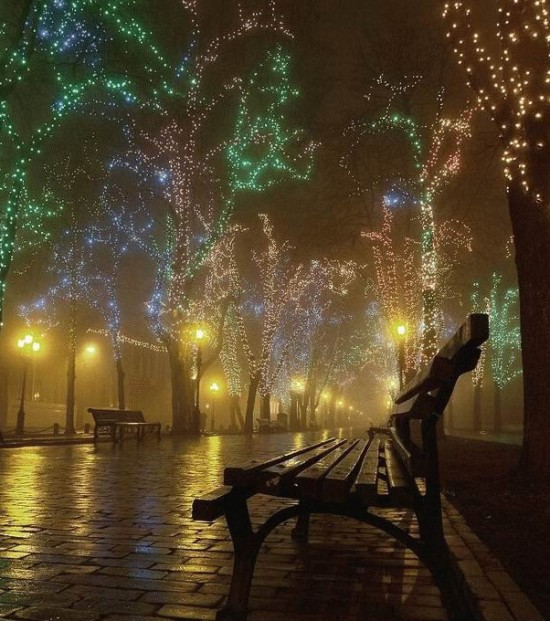 If I manage to get through more than one or two of the projects on this list in the time I have left, I’ll need a break, and driving around to see the lights will be the perfect reward. But I’ll wait until Christmas night, because I don’t want to have to fight all the last-minute holiday shoppers on the road. Those lazy, procrastinating jerks.