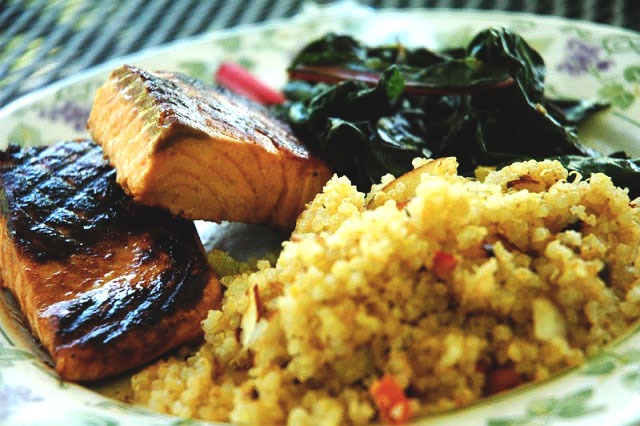 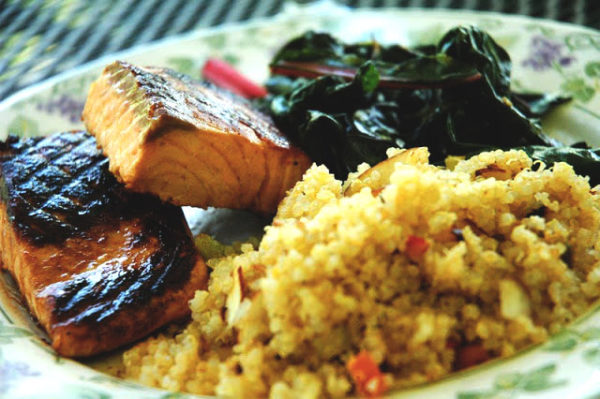 Quinoa looks to be gaining in popularity as a trendy food. Let’s keep that going, everybody, because quinoa is incredible and we should be eating it all the time. I truly don’t understand why I had never heard of this stuff until maybe last year. Unless… is this a massive hoax? Was quinoa secretly developed in a lab in 2007 and given a false history to help make it credible? Did a handful of scientists hire a team of actors to pose as Inca-descended quinoa eaters in South America and instruct them to tell everyone their people have been eating quinoa for 6,000 years? If so, what are they paying these actors, and how can they afford it when quinoa is at Whole Foods for only $5 a bag?

Important questions, but let’s set them aside for the moment and just appreciate how delicious and super-crazy-nutritious quinoa is. Because for carb-lovers like me, a grain that doubles as a complete protein really does seem too good to be true, and if it’s for real then who cares where it came from? EAT IT.

I got this recipe for quinoa pilaf from Dinna with Donna, a blog where a bunch of my favorite recipes come from. She’s a dietetic technician, so I know I can trust her recipes to be good for me. Some of that trust may also derive from the fact that she’s my mom.

At any rate, this is my favorite way to prepare quinoa. It’s really tasty (the vegetables do a good job of keeping the quinoa company, since the flavor of quinoa on its own is a little shy). Plus, once you’ve got your quinoa cooked, it takes less than ten minutes to get it on the table, which seems like a bonus to me because of all the times I can remember trying to get a whole meal to be ready at the same time and all of a sudden I realize the fish is done and oh my god where is the rice.

Quinoa pilaf would never do that to you.