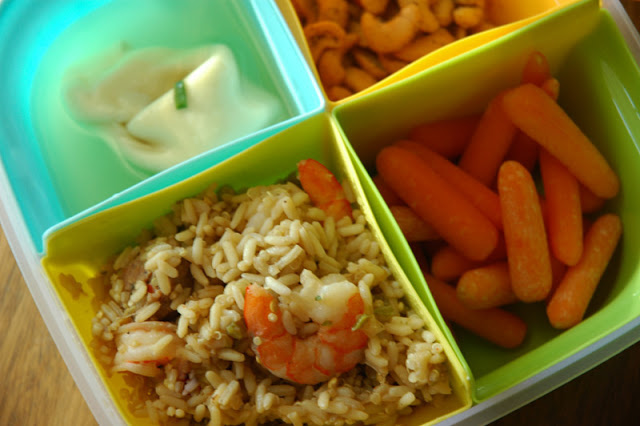 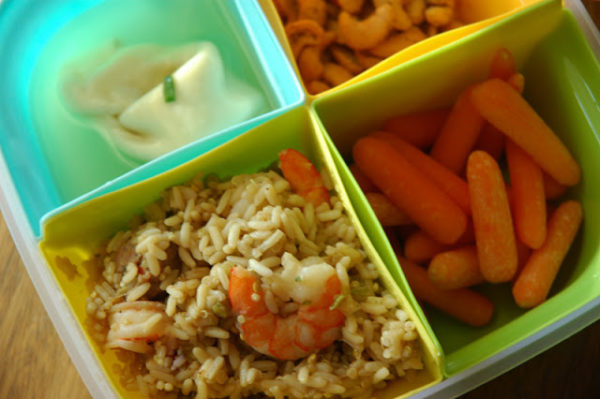 Lately, the threat of crippling sniffles has kept me mostly indoors. That trapped feeling has helped me finally remember to pack a lunch before work. I’ve even started thinking about weekday lunches when I’m preparing dinner! (Like when I got some extra wonton soup, pictured, from the Chinese delivery place over the weekend. What? Ordering counts as preparing.)

Jambalaya makes tons of leftovers and reheats really beautifully, shrimp and all. Since I’ve been on sort of a superfood kick lately, I decided to make up a version that sneaks in a bunch of good-for-you things.

You’d never know there’s eggplant in it. It lends a little extra richness to the overall flavor, but then it disappears like a spectre into the shadows, leaving behind only a high-mineral-high-fiber memory. That’s right! You’re getting healthy off memories here!

I snuck some quinoa in, too, which looks pretty and makes you feel good about how much protein you’re getting. If you don’t have any on hand, skip it, no harm done. But if you do, throw it in. What else you got? Cranberries? Go for it, they’re catabolic! What, no yogurt? 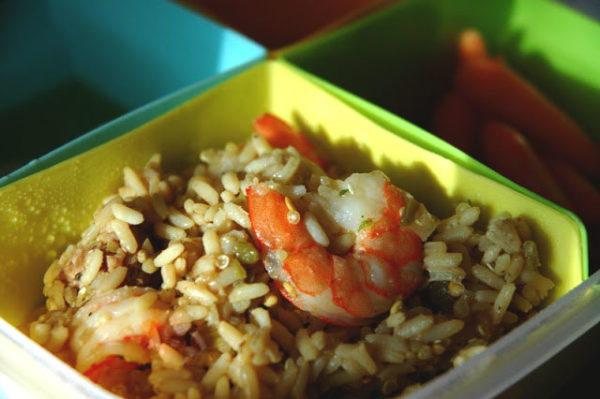