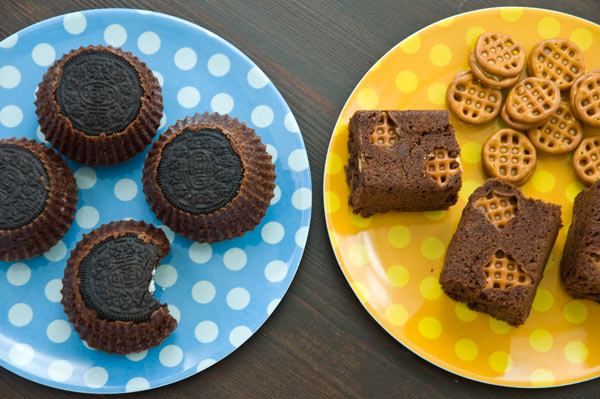 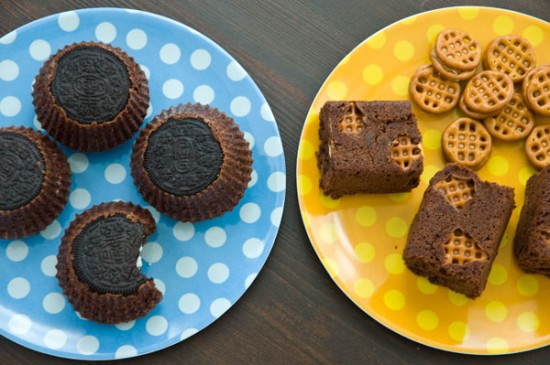 Hmm? No! Booty as in sunken treasure! You know, like pirates! Not the other thing! What kind of brownies would even…you guys are weird.

And a little gross.

This is better than whatever butt-based brownie recipe you’re imagining. Good lord. 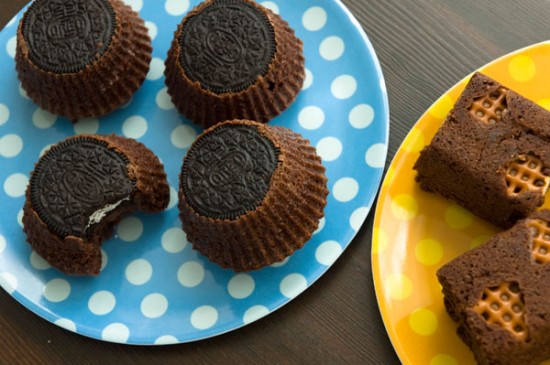 These brownies are upside-down. When they’re right-side-up, they look like ordinary brownies. The booty is at the bottom, sunken and out of sight. The cupcake-shaped brownies have Oreo booty (an Oreo is exactly the size of the bottom of a standard muffin, which is surely helpful to know in case it comes up at Team Trivia), and the brownie bars have pretzel booty.

What’s this? I’m getting something from headquarters. I’m being told—wow, I’m being told this is not just pretzel booty, but peanut butter pretzel sandwich booty. Yes, they’re saying that’s correct. Hard to believe, folks. You heard it here first.

(Disclaimer: There is no headquarters and there is no earpiece. This is a too-much-coffee situation.) 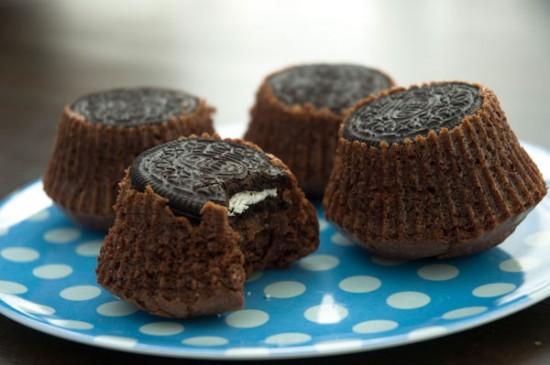 What you’re looking at is the culmination of about five minutes’ diligent work, combined with an hour of baking-and-cooling time. In fact, this is less of a “recipe” and more of an “emphatic suggestion.” You see, guys…it’s a brownie mix.

I mean, it’s a Ghirardelli brownie mix, which is basically the Cadillac of box mixes, but it’s still a crack-an-egg-and-measure-some-oil level of involvement. Five minutes. Maybe twenty if you have to coax the egg out of the chicken. Super easy. Sink an Oreo to the bottom of a brownie cupcake and it softens just a little, like dunking your cookie in a glass of milk, except instead of milk, it’s a brownie.

It’s tragic how seldom one has the opportunity to replace milk with a brownie. This option is never available when you’re making, for instance, scrambled eggs. Carpe diem, brownie enthusiasts. Live each brownie like it’s your last. 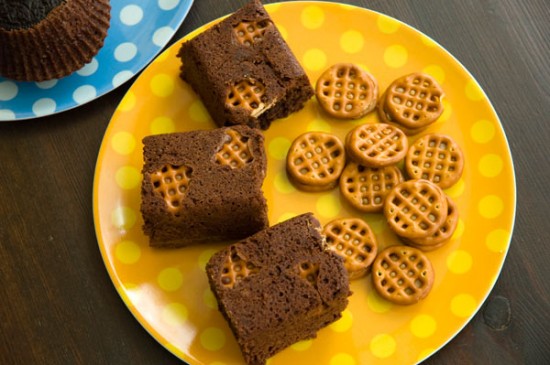 It’s nice sometimes for a brownie to have a crunchy part, but many people are adamantly opposed to nuts in their brownies. Solution: pretzels. Now you’ve eliminated the controversial nuts, added a bigger, better crunch, and managed to include salt, so everyone will know you’re hip to the salty-sweet chocolate trend.

If you stop there, you’ll have reinvented the box brownie and solved an age-old problem for the nut-allergic brownie-lovers in your life. 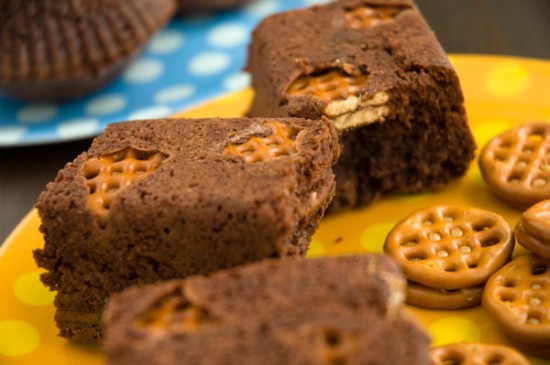 On the other hand, if instead of ordinary pretzels, you use delicious peanut butter-filled pretzel sandwiches, it’s like saying, “I had this idea about how I could share these brownies with you, my tree-nut- and/or peanut-allergic friend, but then I was like, ‘get your own brownies, mutant.'”

Sounds harsh, but it’s the right thing to say, because peanut-butter-pretzel-sandwich-booty-brownies are too delicious to share anyway. You’ve basically avoided the even more vicious altercation that would’ve taken place when your well-meaning nut-mutant friend felt justifiably compelled to help himself to another amazing brownie. Civilizations have been destroyed over less.

Tactics. That’s what booty brownies are about. Tactics and pirates. Pirate tactics. Like where you burn stuff down and drink a lot and, to a lesser extent, make brownies.