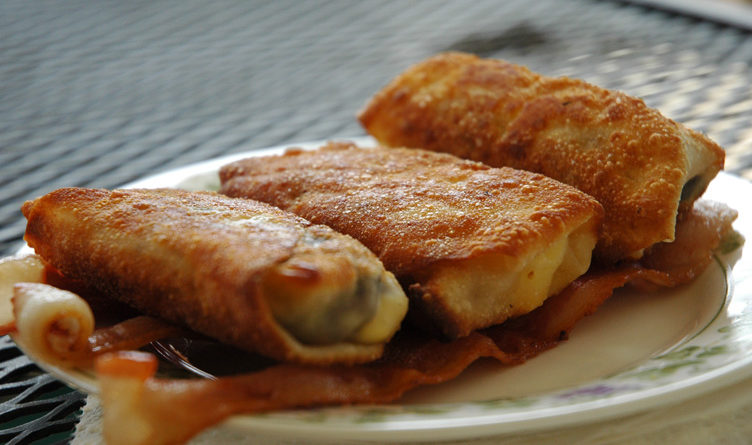 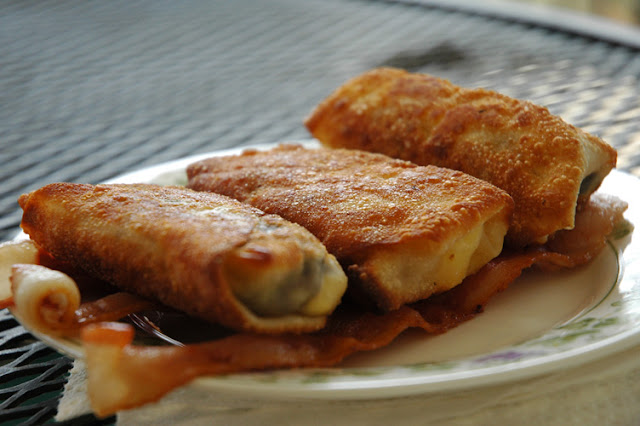 I love southwest egg rolls so much. I always order them if I see them on the menu. I like regular egg rolls, too, the Chinese kind, with all the crunchiness and shrimp and stuff. In fact, you could say that I’ve long been a fan of the egg roll, but never a student. No way. Too complicated.

What I didn’t know was that egg rolls actually don’t involve any kind of mystical tradition handed down between generations in the mysterious Far East. Or maybe they do, but you don’t need to be privy to it in order to make some.

You just go look by the tofu and buy a pack of egg roll wrappers. Then you can pretty much make any kind of crazy egg rolls you want.

I started with southwest egg rolls. And they. Were amazing.

I made up the filling (seemed simple enough), and then skipped the deep frying. That’s right, they’re not deep fried! I mean, they are definitely fried in oil, so I don’t expect anyone to stand up and deliver a toast to my stunning ability to cut back fat from traditional dishes, but they’re not deep fried and there’s got to be at least a medal or a plaque or something coming to me for that.

For dinner, I served these egg rolls with bacon-fried yellow rice and maduros, along with a chipotle sour cream and a lime sour cream for dipping. And beer. It was awesome. For breakfast? Same recipe, but I added scrambled eggs to the filling, and served them with bacon. Okay, and yeah, I still included that chipotle sour cream. But no beer. Don’t be gross. 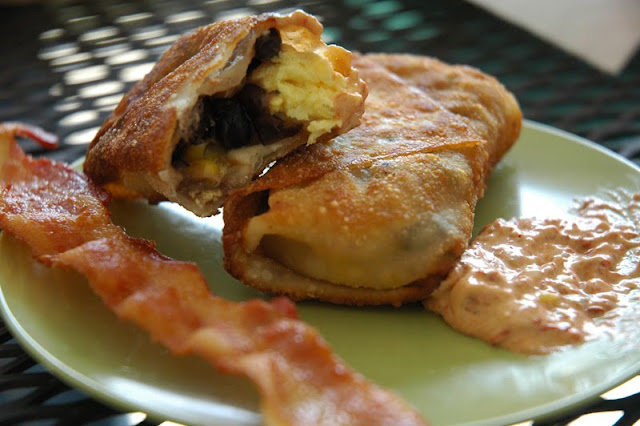