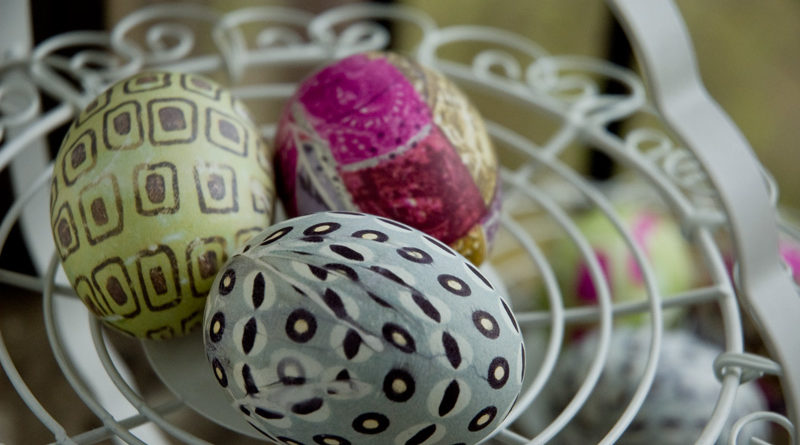 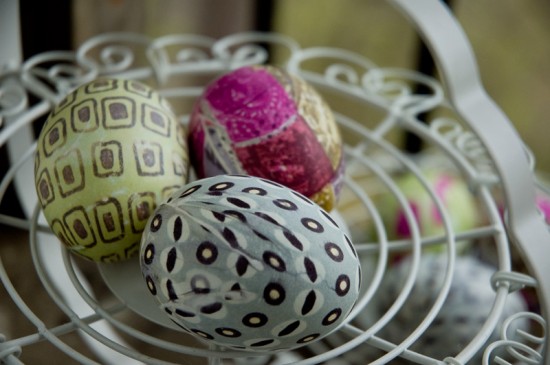 You may have heard of silk-dyed easter eggs, because it’s a two-year-old Martha Stewart craft. That is, it was published on her site two years ago. It’s not for two-year-olds. It’s easy to do, but it’s not that easy. It involves eggs. And scissors. If you have a two-year-old you’d probably better go ahead and lock him in the bathroom or whatever you do to secure a toddler. This stuff isn’t safe.

The project came to my attention for the first time a couple of weeks ago, in the form of a mysterious kit being sold on Etsy that included twelve scraps of silk and some twist ties. Once I figured out what the hell I was looking at, I was impressed. I checked it out on Our Best Bites, the Mom Blog Network, and a bunch of other blogs (did you know that everyone and their mother has blogged this project except me? and my mother? Mom, looks like you’re next). I read about it so many times, I started to feel like I had done it myself. A hundred times. I’m an old pro at this, I thought! Might as well give it a shot.

So I bought three ties at a thrift store and a dozen eggs from the grocer (the cheap kind, because I thought they might get ruined, and/or I’d forget to eat them and/or I’d be afraid to) and got to work. 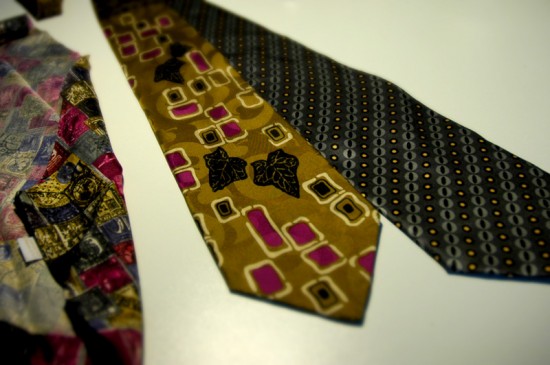 Cutting the ties was easy. Lots of stitches, yeah, but it turns out neckties are constructed very simply, so you only have to snip maybe three stitches per seam and you’re home free. Once I cut them into squares big enough to wrap an egg, I was able to get three per tie. So I should have bought one more.

Wrapping the eggs (with the good side of the tie face in, touching the egg) was easy, too. If you don’t have any twist ties, I figured out you can some old beading wire, which works great although it isn’t as easy on the fingers. But whatever, because I got it done, and John gave me an old t-shirt to cut up and I wrapped the little eggs up in their little shirts and that was it, pretty much, project done. 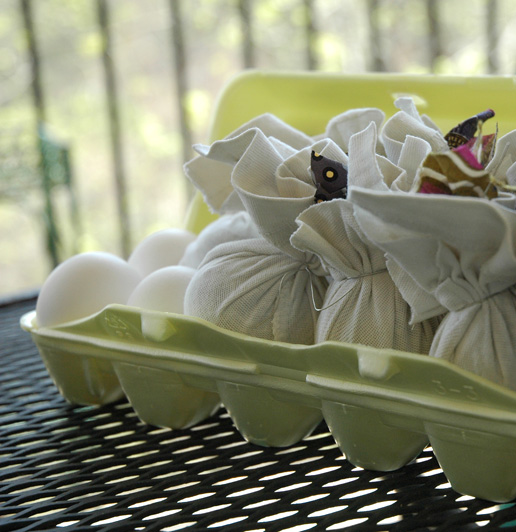 The eggs went into a pot with some water and vinegar, came to a boil, and simmered for 20 minutes while I wandered off to do something else. I turned the heat down a little too low, though, so at the end I turned it up again and gave them an extra five minutes. Since I pulled one egg out to test before the final five minutes, I found out for a fact that it made a difference for the better. So now we know. Looks like my impatience has paid off once again! You can thank me later, science. 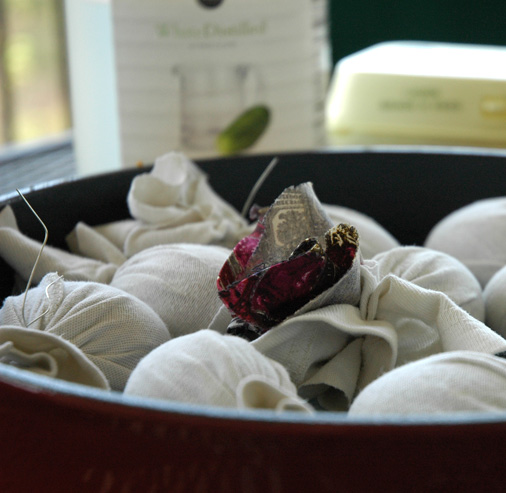 They turned out so beautifully! The brightest, most vibrant colors transfer the best, but it’s the surprises that are really fun. The tie I thought was the ugliest, in the mustardy-gold color with magenta spots, came out in a light springy green for no reason I can see at all. It must be an Easter miracle. 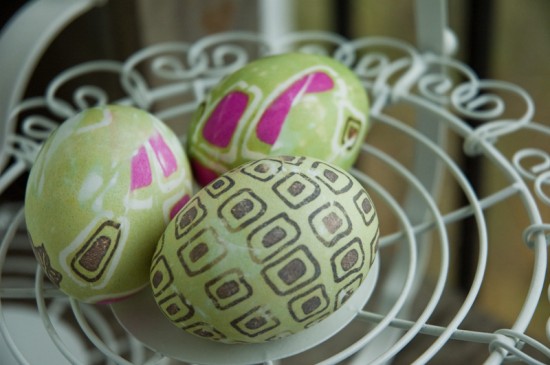 The one I thought would be un-Eastery because it was a small, dark geometric print proved to be super cool looking. It’s kind of grey-blue with yellow, but it doesn’t look dark at all, and the geometric dots combined with the organic wrapping pattern is great. 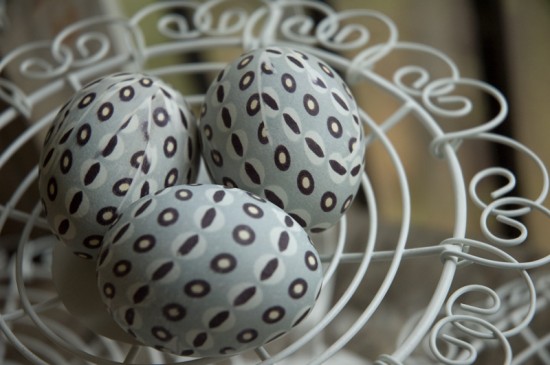 And the last tie—hideous tie—was printed in loud magentas and purples and golds with postage stamps and postmarks and not only did the colors transfer beautifully, but look! Is that a queen I spy on my egg? 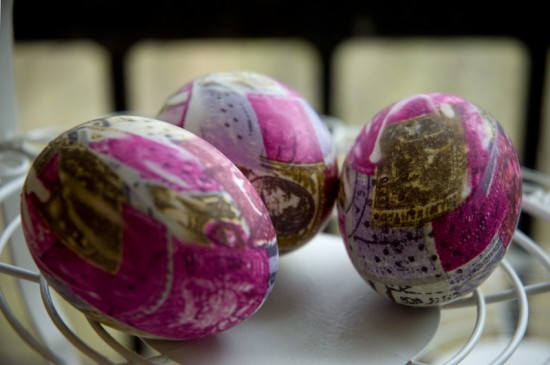 I figure my eggs probably won’t get eaten. Come on, leave me alone. I feel bad enough already. But nowhere on any of my tie labels did it say, “Go ahead, eat this tie, you’ll be fine.” I checked twice. Martha and the Internet both seem pretty sure it’s safe, but I don’t know. You know?