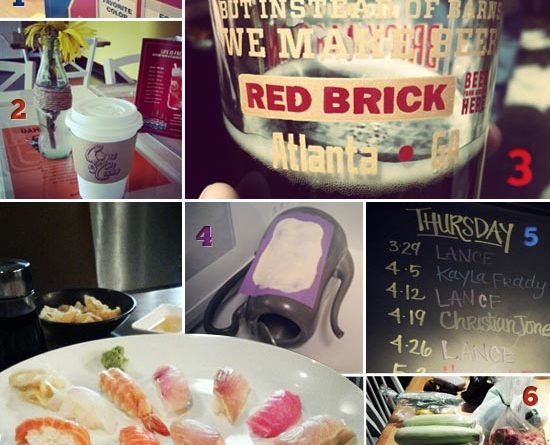 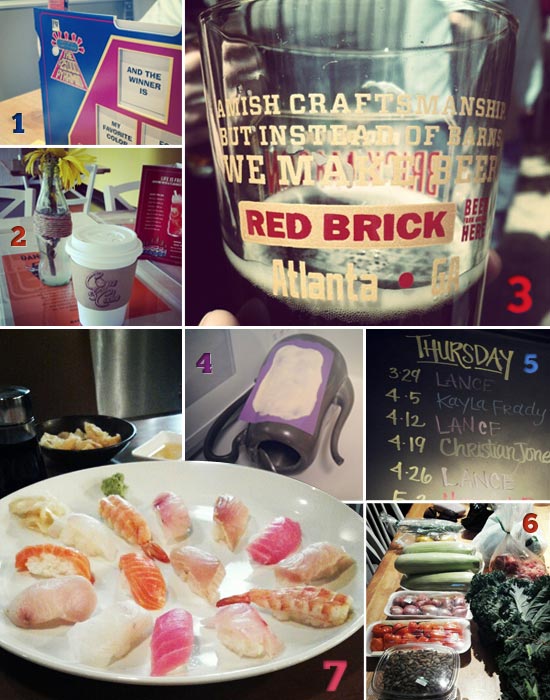 You know how, when you’re busy, time seems to pass by really quickly? I mean, obviously it doesn’t, because for that to be true, time would have to be linear, and we all know it isn’t, even if most of us have a better chance of understanding the comics of Stik than the actual shape of time or whether time is a shape at all.

But it feels pretty linear, and it feels pretty fast. Lately, I’ve been struggling to recall the order in which things have happened (supposing things had happened in an order and not all at once in a wobbly nonlinear…wibble). Fascinating stories of my adventures tend to sputter and stall, like, “I ran out of printer ink probably… two weekends ago? Three? It was the Friday after John got back from San Diego, I think, and—no, it had to be a Saturday, because I remember needing to leave early and somebody was getting sandwiches… wait, that’s wrong.” Even I stop listening to myself.

So as you can see, I’ve renewed my effort to document life and lunch, this time with Instagram. About 80% of my Instagram photos focus on what I’m eating or what I’m making, craft-wise, as I travel about town, and it’s fun to look back on my growing collection. Trouble is, I’m lazy about typing on my phone—so lazy that I prefer to use the voice-recognition app to send texts, despite the fact that it only sometimes understands punctuation, resulting in texts like, “On my way period there was a line at the post office period don’t start without me exclamation point smiley”—so my Instagram captions are glib at best. Here are the things I couldn’t be bothered to write about last week’s photos.