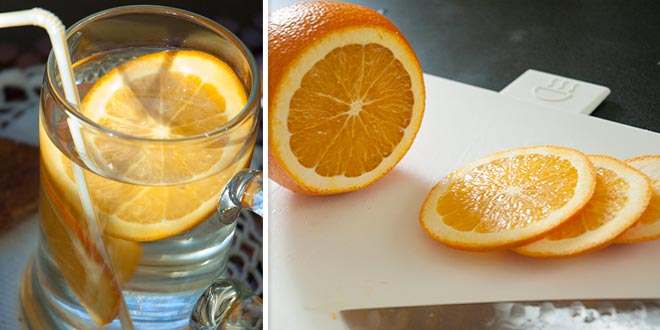 You should be drinking water, all day, all the time, but if you’ve tried that then you’re probably bored. It helps to give it a little flavor, without adding a bunch of sweetener or caffeine. We’ll learn some tricks and talk about the possibilities. 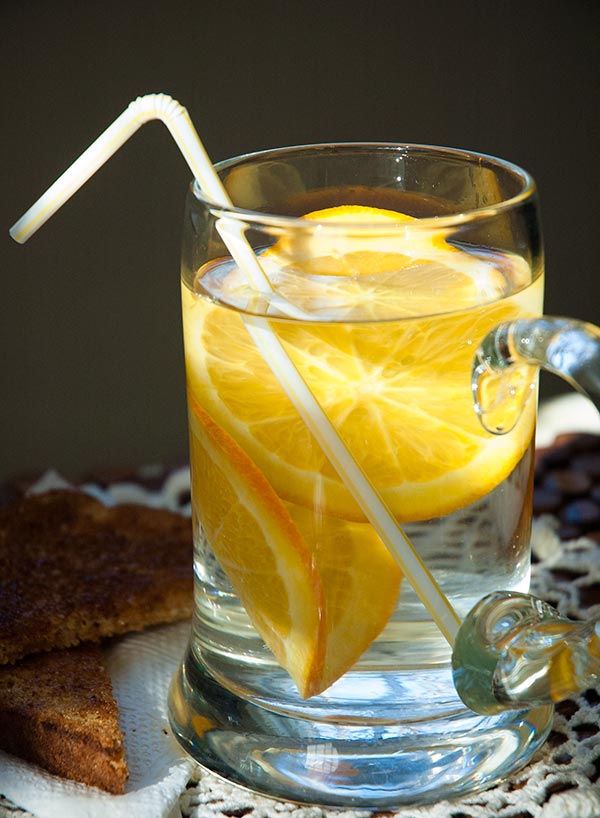 Have you ever stayed at one of those fancy hotels that surprises you with different fruit in the water each morning? Isn’t that s0 much better than dumb water?

Plain water isn’t the worst drink there is—not after you’ve tried cold chicken broth or that green smoothie thing they sell by the orange juice (because it tastes like cold chicken broth)—but it is probably the most boring, second maybe to your own spit. (Ew.) Especially when you’re trying to behave yourself and drink your half-gallon of H2O a day. Without introducing sugar, caffeine or alcohol, water just tastes like…dumb water.

But! Infused water doesn’t add much sugar, because it leeches flavor from fruit without actually mixing in much juice. It’s refreshing and just different enough from water to be a treat, especially at breakfast, but it’s OK to keep sipping as much as you like throughout the day because it’s nearly water. And it’s the simplest recipe there is. 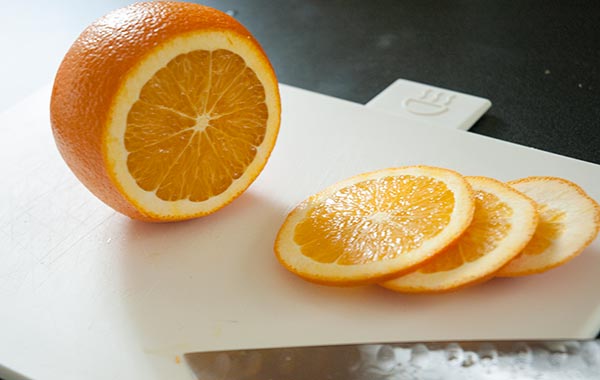 Also, you can infuse so many things! And you don’t have to use just one at a time—mix and match to keep life interesting. Here’s a list of items that work well, but this is just a start. If you can dream it, you can stick it in water, probably. 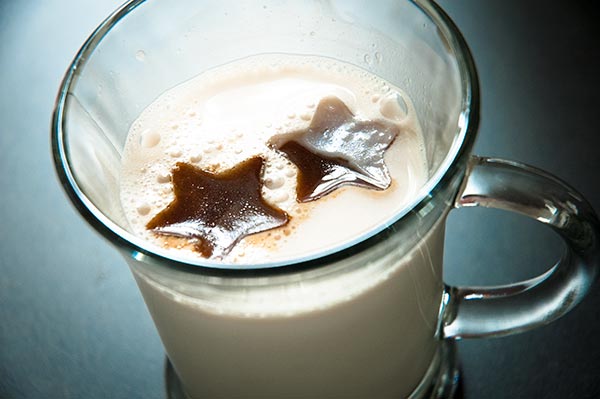 This isn’t related to infused water, because there’s no need to garnish infused water. But whilst we’re on the topic of adding pizzazz to nothin’-special drinks, and breakfast-appropriate beverages, you know what quickly improves a glass of milk (cow’s, soy, almond, rice, coconut, breast I guess—any milk)? Sweetened coffee ice cubes. True, it adds some sugar and caffeine to your otherwise angelic beverage, but sometimes that little bit may be just enough to sate you without heaving you off the wagon.

I suggest investing in one fun ice cube tray, making a small pot of strong coffee or a single cup of instant coffee, sweetening it to taste, and freezing it overnight. Keeping cute coffee cubes on call can be enough to make you reach for a glass of milk without hesitation, rather than hemming and hawing in front of the fridge, talking yourself out of a soda.

You won’t have much luck getting infused water, or almond milk with coffee stars, from many (any?) bartenders. But when it’s a matter of keeping things simple while you’re out while still enjoying some flavor, consider carrying a couple packets of powdered fruit mix to stir into a glass of water. It’s not that strange a thing to do in public, and you can find quite a variety of healthy (i.e. not Kool Aid) powdered drink mixes in grocery stores, health food stores, and online.

You’ll want to shop around for something without an insane amount of sugar or stevia. Also, be wary of anything touted as an “energy drink”—though sometimes the label will show the claim is mostly thanks to high vitamin C content, which should be OK as long as you keep it under 2,000 mg per day (for adults). That’s a lot more leeway than you get with caffeine, which you’ll want to keep under 400mg per day (300mg if you’re expecting, and less still if you’re a child).

Just remember, when ordering free water all night, to tip well. Tip as you would on a bar drink, even if it is technically an infinity percent tip.