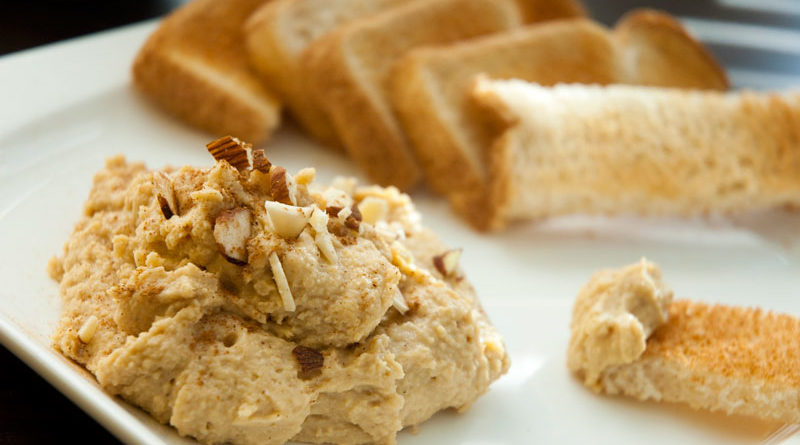 Note: This post is part of Knuckle Salad’s Hummus All Day Long initiative. 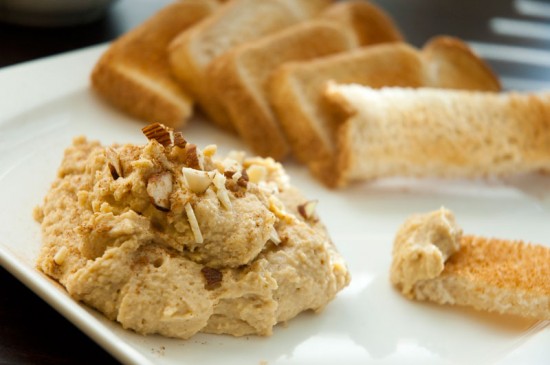 Yes! Hummus for breakfast! As promised in Saturday’s post about hummus, I’ve got a whole day’s worth of hummus recipes for you this week, including a tasty, tasty breakfast of Maple Cinnamon Breakfast Hummus. I know—sweet hummus, first thing in the morning, sounds weird. But it’s a great way to wake up. It’s crammed with protein, and it’s sweet and breakfasty and goes very, very nicely with fruit and toast and tea.

It’s also lighter and fluffier than other hummus I’m accustomed to. That’s mostly because it contains a bit of peanut butter and some yogurt. If you’ve ever had a peanut butter milkshake, you may or may not have noticed that no matter how long it takes you to get to the bottom of the glass, the peanut-butter-milk-froth never really settles back into cream like other milkshakes do. It stays foamy. There’s something strange about the combination of peanut butter and dairy and although I can’t explain it, I can put it into some hummus and eat it for breakfast. I’m calling it a win and I wish I could win more battles that way.